It’s the morning of the New York Film Festival premiere of Private Life, and Tamara Jenkins is positively buoyant. Dressed in a goldenrod floral-print dress and loafers, the 56-year-old writer-director arrives at a Lincoln Center café smiling broadly. She is warm, chatty, effervescent — which is somewhat surprising since her film work has tackled such dark topics as dysfunctional parenting, dementia, death and, now, infertility.

As she did with her 1998 feature debut, Slums of Beverly Hills (about a teenager growing up poor among rich kids in the care of her divorced dad) and her 2007 follow-up The Savages (which depicts a brother and sister coping with their estranged father’s last days), Jenkins mined her own life for the bones of Private Life. The film stars Kathryn Hahn and Paul Giamatti as Rachel and Richard, an artsy New York City couple in their forties — he’s a former theater director who now sells artisan pickles; she’s a novelist of modest success — who are desperate to have a child. They have tried IUI (intrauterine insemination), IVF (in vitro fertilization) and various routes to adoption, all to no avail. Their life is a parade of injections, doctor’s appointments, applications and evaluations, and they have nearly blown their “baby budget.” Rachel is a tangle of frayed nerves and spiky, hormonal energy, while Richard is exhausted to the point of seeming almost limp.

While Jenkins is circumspect about exactly which paths she and her husband, screenwriter Jim Taylor (Sideways, The Descendants) walked before their eight-year-old daughter Mia graced their lives, she casts a wry eye on their journey to parenthood, an outlook that clearly shaped the screenplay she honed over some five years. At one point during what she calls their “fertility hell,” Jenkins and Taylor decided to see a movie between doctor’s appointments. The only viable option at the Upstate New York multiplex they visited: Judd Apatow’s Knocked Up, in which Katherine Heigl and Seth Rogen have a drunken one-night stand that results in — ta-da! — a baby.

“We were sitting in the audience like, ‘Oh my god, people have sex to get pregnant, we totally forgot that part!’” Jenkins recalls. “Then we were joking as we left the theater: Theirs was called ‘Knocked Up,’ what would ours be called? And I said, ‘Knocked Down.’ We were just pummeling ourselves into unconsciousness.”

The brutality of the process — the sheer emotional and physical toll it takes — accounts in part for the 11-year gap between this film and The Savages, the indie darling that earned Jenkins an Academy Award nomination for Best Original Screenplay (as well as a Best Actress nom for star Laura Linney). But family planning alone cannot entirely explain the decade-plus lag. The fact is, films like this — featuring hyper-articulate characters living complicated, specific lives that a hyper-intellectual filmmaker examines on a granular level — are simply not made very often these days. At best, they’re stretched and flattened into TV shows that overstay their narrative welcome. (Although this movie is distributed by Netflix and was released in “select theaters” on October 5th, it otherwise will be consumed via small screens.) The other fact is, it’s not easy for female filmmakers to get money from the movie business’ mostly male rainmakers. Even after they’ve been smiled upon by the Academy. On this particular day, Jenkins bypasses the chance to rail against the inherent sexism of the Hollywood machine. But she’s recently noted some curious observations: 14 years passed between Patty Jenkins directing Charlize Theron to an Oscar in Monster (2003) and her next film, a little box-office-buster called Wonder Woman; writer-director Debra Granik’s Winter’s Bone received four Oscar nominations (including Best Picture and a nod for her adapted screenplay), but it was eight years until her big-screen follow-up; Mary Harron helmed I Shot Andy Warhol (1996) and American Psycho (2000) to great acclaim but has worked almost exclusively in television for the last two decades. 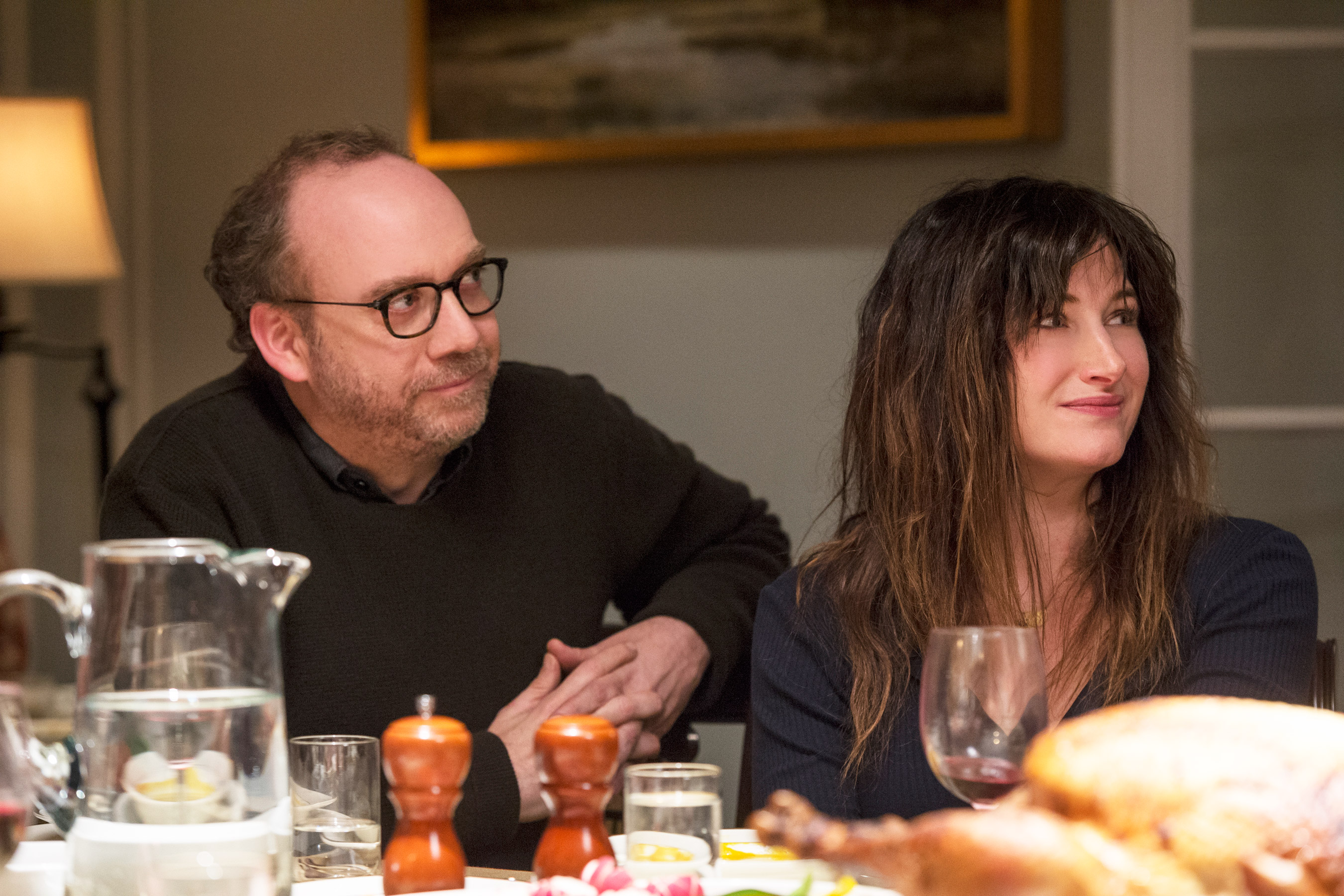 That Jenkins’ films are not about superheroes or cops and robbers, that they don’t project us into a dystopian future or revisit some monumental historical event, may be part of the problem. But her microscopic looks at human beings in all their complexities and vanities are vital to the cinematic landscape. Her stories are not didactic. They are observational and communal — a hug, not a finger-point. She is scrupulous not just with the female character closest in age to her; Jenkins takes years to write a script because she wants to walk in the shoes of every character until she gets them right. (As Philip Seymour Hoffman, Linney’s costar in The Savages, once said, Jenkins is “not a compromiser.”) 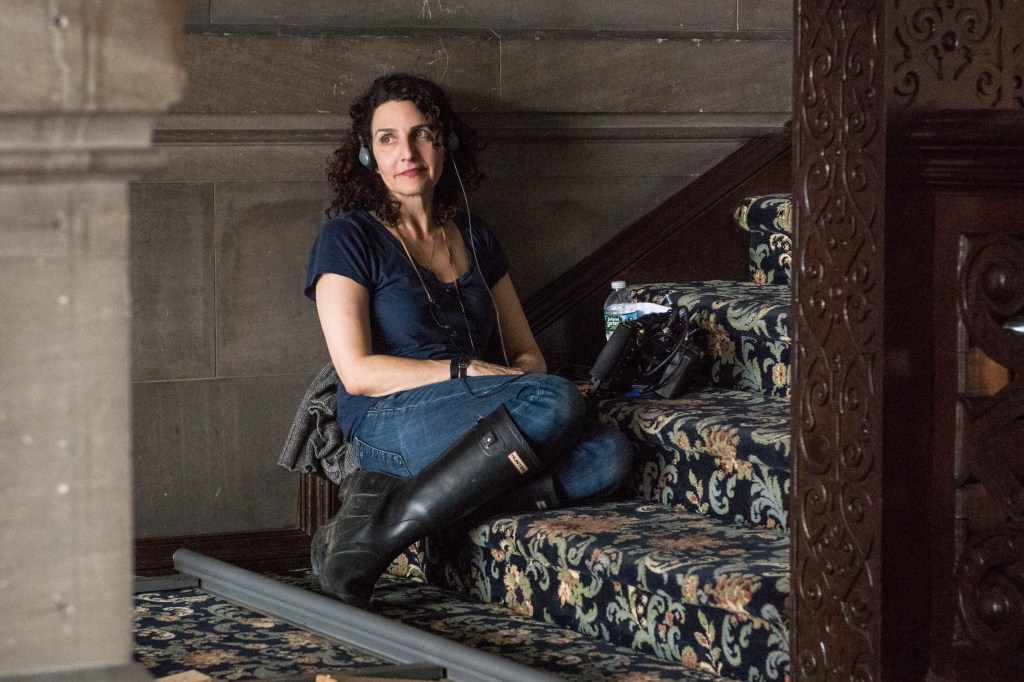 A pivotal player in Private Life is Sadie, Richard’s 25-year-old step-niece, who enters the picture as a potential egg donor for the aunt and uncle she idolizes. (A Bard College dropout with aspirations of becoming a writer, Sadie sees Rachel and Richard’s life through hazy, rose-colored glasses.) Played with pitch-perfect breeziness by breakout Kayli Carter, she brims with youthful conviction, idealism and naiveté. These are qualities Jenkins did not simply tap into from her own youth. Terrified that the character would feel “stale” and obviously written by someone twice Sadie’s age, she says she spent months essentially stalking women in their twenties around New York. “My pores were so open,” Jenkins says. “Anyone on the street, my babysitter, anyone in that age range was a subject for study.” Her husband’s niece, visiting on a break from college, unwittingly donated a line when she bent over to pull something from her bag and apologized for “totally whale-tailing.”

“They have to sit in these rooms!” Jenkins marvels. “That somebody had to go out and buy porn, what a weird…who has to run that errand?” In her mind, it is not just Rachel who must endure the indignities of trying to get pregnant; it’s an unsettlingly unnatural process that batters both partners. “I remember writing down, ‘Is this a biological battle of the sexes?’” she says. “Because they turn on each other at certain points. They’re both sort of falling apart in their own way — his sperm is blocked, her eggs are old. It’s just really demoralizing. It’s bizarre to turn your body into a laboratory experiment.”

It’s an experience shared by a growing number of couples, but Rachel and Richard’s particular struggles are also largely informed by their position in a socioeconomic class that is in some ways unique to New York City. As Jenkins puts it, “They’re kind of like middle-class artists, holding onto the city by the grip of their little fingers because they have a rent-stabilized apartment.” It is not what some might call “relatable.” But Jenkins bristles at any suggestion that the movie is too, for lack of a better way to say it, New Yorky.

“As a writer or a filmmaker, to become general is not good,” she says. “The specificity is the art. The true, fine-grain texture of a place — and it doesn’t matter if it’s New York or Paris or South Africa — the commitment to the sense of place is very important to me.”

Hence a dreamy sequence where Rachel, Richard and Sadie pick up dinner at a street cart while out walking their dogs, Jenkins’ camera lingering on the griddle’s sizzling meat and the vendor’s quick hands as he wraps up burritos. Does it drive the plot? Not at all. Is it necessary? Absolutely.

At heart, Private Life is not only about infertility, it is a tender but unflinching portrait of a couple in the throes of a midlife crisis. Rachel and Richard are staring down not just their inability to have a child but their stalled (or abandoned) creative ambitions, their stagnant earnings, their bohemian lifestyle that probably once seemed chic but now feels a little sad. The movie swirls around the notion of expectations, and the gut-punch that comes when you realize that the life you imagined for yourself is not the one you’re living. Their pursuit of parenthood is so single-minded perhaps because it allows them to be hopeful. And as much as they are tested by the process, it also keeps them bonded to one another.

“At the end of the day, it’s not about a baby. It really is about a kind of existential crisis in a marriage and who we are together,” Jenkins says. “And you know, when people have babies they’re very distracted from their marriage. They’re running around cleaning up spittle and figuring out how to pick their kid up from school. They’re not really sitting across the room staring at this person going, “OK, it’s you and me, babe.’” She cites a keen comparison Giamatti made during filming: “He said, ‘This isn’t about the baby; this is Waiting for Godot.’ It’s about the survival of a marriage.”

The effect of the film — and, in particular, its final note — is not dissimilar to The Savages, another portrait of two people floundering in some state of arrested development who find a way to press on. In some sense, Jenkins says, they are both coming-of-age stories, with trying experiences like the death of a parent or the inability to conceive as the potent backdrop. So what major life event Jenkins will tackle next — and how long it will take her to get it onscreen?

“It will not be another 10 years,” she says with a laugh, “because if I keep doing that at this age, it’s gonna get really critical. I’ll have to wheel myself onto the set and that’ll be uncomfortable.”