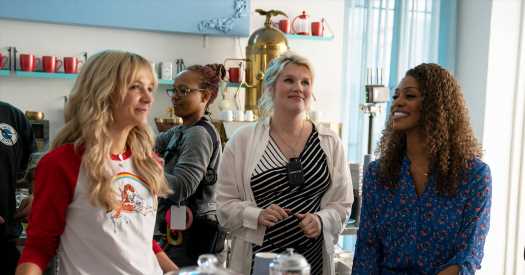 For the first time, two women are up for best director, but a daylight-saving time mix-up almost kept the filmmaker from the announcement. 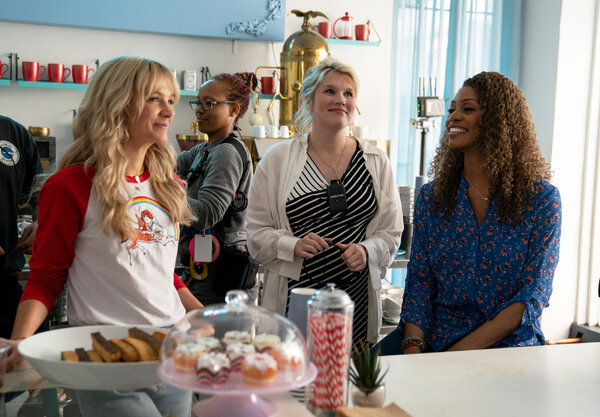 “Promising Young Woman” has been a major player this awards season, and writer-director Emerald Fennell had every reason to expect that Monday’s Oscar nominations would bring even more good news for her first feature.

She just didn’t want to do herself in by dwelling on it.

“Last night, I think I did what any sensible person would do: I watched about six hours of ‘Married at First Sight Australia’ to take my mind off it,” Fennell said. “Especially when you’re making an independent film, you can’t ever hope for something like this.”

And after all that anticipation, Fennell almost missed the announcement entirely: The British filmmaker had planned to watch the nominations live, but she hadn’t factored in the hour lost to daylight saving. As her nomination for best original screenplay was read, an oblivious Fennell was still on a work call fielded from her office in the English countryside.

She had a hunch something had gone wrong — or, oh so right — when her phone began to blow up with text messages: “I had to say very embarrassingly to the person on the call, ‘I’m sorry, I have to go, I think I’ve just been nominated for an Oscar!’”

At least Fennell switched over in time to watch “Promising Young Woman” garner additional nominations for editing, directing and lead actress Carey Mulligan, as well as a final nod for best picture. How did she react as those nominations were read out? “There was a huge amount of screaming and crying,” Fennell said. “I don’t know what everyone else does.”

It’s all the more meaningful for Fennell because her recognition alongside the “Nomadland” director Chloé Zhao is the first time that more than one woman has been nominated for the best-director Oscar in the same year. (Only five women have ever been nominated for that award.)

“There’s no way of describing it without sounding immensely cheesy, but it means so much and I’m so proud,” Fennell said. “Chloé is such a devastatingly brilliant and talented person, and in fact, there were so many incredible female directors this year I want to meet in real life and hug, when we’re allowed.”

In the meantime, Fennell has a flood of texts to respond to — she read me her favorite, from her friend Chris: “Congratulations, I still haven’t seen it” — and the rest of her day to get through. The idea of suddenly filling all that time caused her no end of consternation.

“I don’t know what to do! What should I do, you tell me!” she fretted. “I can’t watch any more ‘Married at First Sight.’ I think I’m going to have to lie on the floor and cry because I don’t drink or smoke anymore or do anything fun.” Fennell sighed: “I’m just going to look out the window, I suppose.”