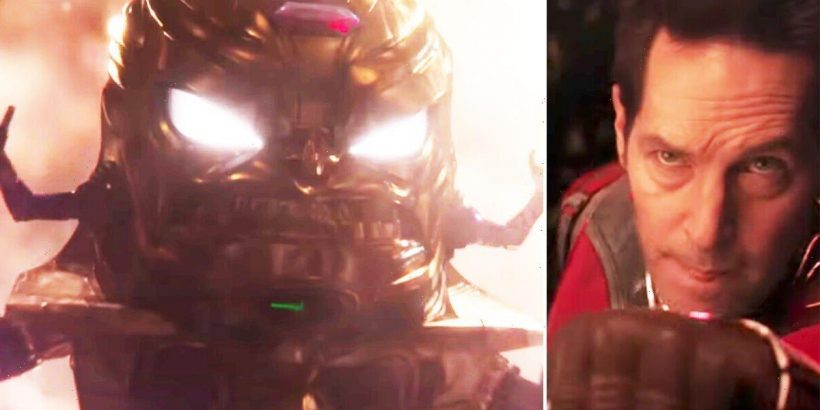 The first MCU movie of 2023 arrives next month, concluding Paul Rudd’s solo trilogy with Ant-Man and the Wasp: Quantumania. Set after Avengers Endgame, the new Marvel blockbuster sees Scott Lang and his family sucked into the Quantum Realm once more, where they come face to face with the franchise’s new Thanos-level villain, Kang the Conqueror. Jonathan Majors’ baddie is a time travelling despot from 1000 years in the future, bent on ruling the multiverse. It’s not surprising he’s down in the Microverse given that it was the gateway to time travel in Avengers Endgame, a power he wants to use as a Faustian bargain with Ant-Man.

Marvel fans will remember that Scott was trapped in the Quantum Realm at the end of Ant-Man and the Wasp as Hope, Hank and Janet had been turned to dust in Thanos’ Snap. As a result, what was a few hours for him was five years for the rest of the world. That was until a rat accidentally released him at the start of Avengers Endgame. Tragically, he missed watching his daughter Cassie grow up, time back that is being offered to him by Kang.

Yet Janet warns Scott in the trailer: “He can rewrite existence and shatter timelines.” However, it looks like Ant-Man will be tempted by the villain and his cohorts, which the new footage revealed to include a long-presumed-dead character from the original 2015 movie.

In the original Ant-Man movie, Scott’s nemesis was Corey Stoll’s Darren Cross, Hank Pym’s former protégé, who attempted to recreate the Pym particle and sell it to HYDRA. Also known as Yellowjacket after his shrinking suit, he was defeated by Ant-Man and shrunk down into what was presumed to be his death. However, the Quantumania trailer has revealed he survived but only by taking on another form.

In one shot of the new footage, Ant-Man, Kang and Cassie are walking together as a giant floating head encased in a gold helmet follows them. Cross is now MODOK, a classic Marvel Comics villain.

MODOK stands for Mental/Mobile/Mechanised Organism Designed Only for Killing. The Marvel villain, aka George Tarleton, underwent mutagenic medical experimentation, which saw his head grow to a massive size along with his intelligence. However, the side effects also resulted in a stunted body, meaning MODOK needs to use a hoverchair. Obviously, the MCU’s version isn’t George, but instead a mutated version of Cross who presumably will be at Kang’s bidding.

Patton Oswalt voices a tongue-in-cheek take on the character in the adult Disney+ comedy M.O.D.O.K, which is set in another universe to the MCU.

Ant-Man and the Wasp Quantumania hits cinemas on February 17, 2023.