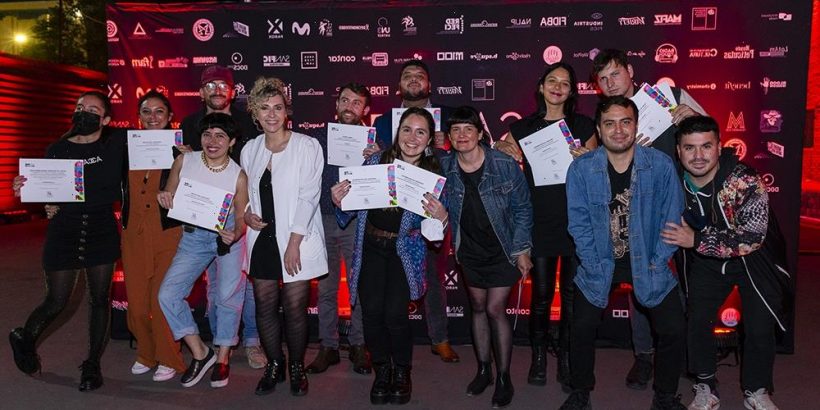 In a clear indication of its record growth and that of the region’s burgeoning film and TV industry, Chile’s Sanfic Industria wrapped Thursday Nov. 4 with an avalanche of prizes, 49 in total, for its multiple participants in the various sections, which included series and for films, works in progress, documentary and fiction project labs, and the revved up Sanfic-Morbido production lab.

In one of the biggest awards, four features in post production are chosen to segue from Santiago Industria to the Cannes Film Market as part of a Sanfic Goes to Cannes showcase. Selected titles take in  crime thriller “B&E,” from Chile’s Tomás Gonzalez Matos; “Ghost Project,” Chilean producer director Roberto Doveris’ follow-up to “Las Plantas”; “The Barbaric,” Argentine Andrew Salas’ buzzed up cattle ranch-set portrait of Argentine barbarism; and indigenous adventure “Back to the Sea of My Deceased,” from Esteban García Garzón.

Outside this big prize, “History and Geography” and love story “The Devil’s Breath,” pretty well cleaned up. The first, an identity comedy from Chile’s Bernardo Quesney, scooped prizes from Fidba, Málaga and Latam Cinema; the second, a Medellín drug scene-set love story, secured awards from Chemistry and distribution in Mexico.

Chile’s “The Safest Place” (“Un Lugar Seguro”) by Magdalena Hurtado and Milena Castro, made a near sweep of the various prizes for the Santiago Documentary Lab, taking home six awards, including its participation in the Nalip Latino Lens Workshop. The doc weaves together the stories of several women who share their stories of childhood sexual abuse and how they have coped with the trauma.

The Santiago Fiction Lab was dominated by Peru’s “The Force of the Land” by Franco García, which snagged three awards, while “Turtle Sellers” by Maria Eugenia Veron of Argentina, Colombian thriller “Purple” by Oscar Alvarado and Chilean family drama “Mom and Dad Don’t Get Back Together” by Marcelo Flores, won two prizes each.

“The Force of the Land” turns on a solitary young boy who herds alpacas while he obsesses about soccer. He is oblivious to the intimidation from a mining company that is poisoning their water supply until a herd of alpacas vanish, including his beloved alpaca pet, Ronaldo.

“Turtle Sellers” is also told from the perspective of a young boy, eight-year-old Benito, who is abandoned by his father and finds refuge with a family that sells turtles and cacti on the side of a highway.

BlandKrause Studios’ “Families” was the undisputed big winner from the Sanfic Series Lab, scooping four of the 10 prizes up for grabs including the Series Mania award, arguably the top honor up for grabs. Other organizations which singled out “Families” included Spain’s Conecta Fiction, Mexico’s Cinema 226, and Colombia’s Weplot. Directed by Diego Fierro-Lablée, “Families” is a dark comedy thriller with an avant-garde twist that casts a cynical glance behind the curtain of influencer culture. Martin Mauregui’s “Rio Tercero,” produced by Alejandro Israel at Ajimolido Films, was picked for another of the event’s major honors when it was singled out by Filmarket Hub, a leading Spanish platform for film and TV projects.

Carlos Meléndez’s “The Roots of Evil,” unspooling in Mexico’s Ministry of Exorcism, scored the top financing prize at this year’s Morbido Lab as well as the Weplot prize. Alejandro G. Alegre’s “The Sun Will Consume Everything” and Marlene Grinberg’s “The Mermaid of Monterrey” each earned smaller but significant backing, with the latter also scooping the Morbido Lab Cinema 226 prize. Gabriel Govela Azuela’s “Zarzal” was picked by Ventana Sur’s Blood Window to participate virtually at the upcoming edition of the Buenos Aires-based event.

Jimmie Linville contributed to this article.