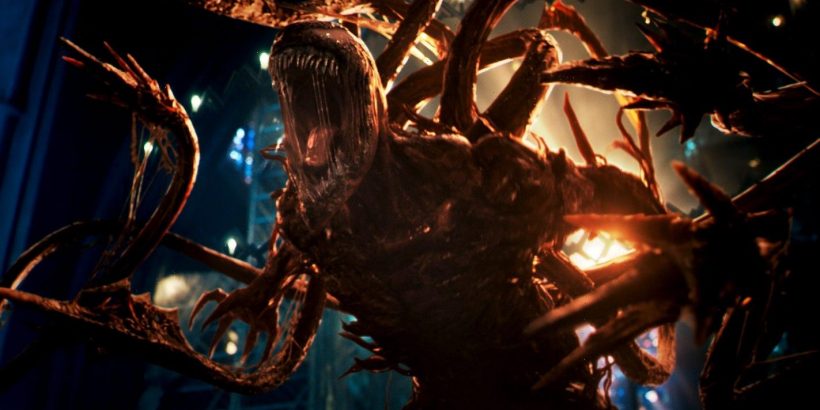 In the 2018 superhero hit “Venom,” Tom Hardy had his body snatched by an alien monster with a terrifying maw. Now Woody Harrelson gets his chance, too, in the anticipated sequel.

The first trailer for “Venom: Let There Be Carnage” (in theaters Sept. 24), directed by Andy Serkis, dropped on Monday with a wackier sense of humor, the return of Hardy’s very strange and violent protector Venom, and Harrelson as his dangerous new arch enemy.

San Francisco investigative journalist Eddie Brock (Hardy) became the human host of a black symbiote, who gives Eddie awesome powers like instant healing and super-strength but also has a tendency to eat people, and the sequel finds the two still figuring out how to get along. Venom makes a real mess when he tries to make Eddie breakfast yet also is a polite sort, saying hi with a gooey tentacle to the woman at the local store.

Summer movie preview: The 10 most must-see films, from ‘Cruella’ to ‘Candyman’

As if Eddie needed more chaos, enter Cletus Kasady (Harrelson). The serial killer first appeared in the end-credits scene of “Venom,” where Eddie got a once-in-a-lifetime chance to interview an imprisoned Kasady at San Quentin. The sequel finds Kasady pondering the connection they made: “I’ve been thinking about you, Eddie,” the murderer says. “Because you and I are the same. Every decision we ever make, who do we leave behind and how do we leave them, waiting in the darkness for the rescuer who never comes.”

Kasady is about to get a bunch of lethal injections when he also transforms into a carnivorous monster named Carnage (whose red tinge matches the color of Kasady’s crazy hair), who causes a prison riot and takes down a helicopter. As the bad guy so calmly and clearly puts it: “Chaos soon comes.”

In addition to Hardy and Harrelson, “Venom: Let There Be Carnage” returns Michelle Williams as Eddie’s lawyer love interest Anne Weying and Naomie Harris debuts as the mysterious Shriek.