Mixing barbed familial humour and a terrific sense of what is unsaid and what needs to be acknowledged, the new feature from Palestinian filmmaker Annemarie Jacir ties the intimate connections of family to the shifting political landscape of Arab Israelis. With his sister Amal (Maria Zreik) soon to be married, expatriate architect Shadi (Saleh Bakri) returns to Nazareth to help with the preparations, beginning with the local tradition of hand-delivering the hundreds of invites to family, friends and expedient guests in the company of his father, school teacher Abu Shadi (Mohammad Bakri); they make it to mid-morning before the first serious argument. Grounded in locations that speak to the broader realities and personal differences in philosophy, the film has wry warmth and unexpected differences – hipster Shadi is more fixed in his political views than his father. Set over a day, the movie has every right to feel schematic, yet it's deeply revelatory. 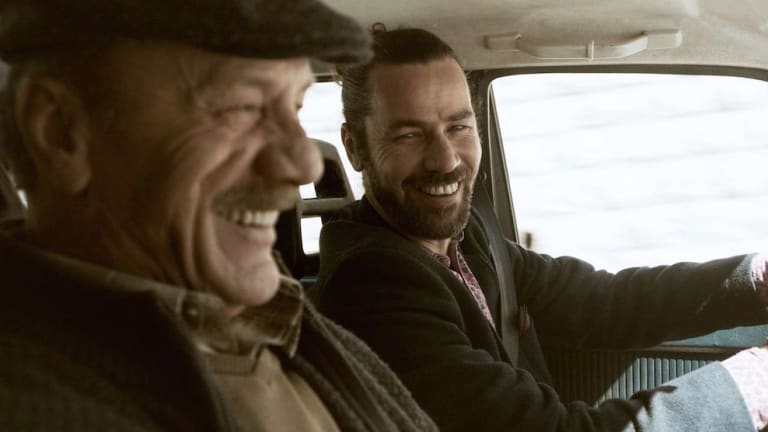 Wajib, which traces family preparations for a wedding in Nazareth, has a wry warmth.

Even today, Hollywood is resistant to actresses who want to take control of their career and direct stories that matter to them, yet that was the ground-breaking path forged by Ida Lupino 70 years ago. Born into a London theatrical family, Lupino arrived in Los Angeles under studio contract in the 1930s, and the subsequent breadth of her influential career – leading lady, character actor, filmmaker, and television director – is referenced in this excellent retrospective program. In 1953's The Bigamist (★★★½ , PG, 80 minutes) Lupino co-stars and directs, turning what could have been melodramatic excess into a nuanced examination of incomplete lives as a salesman (Edmond O'Brien) explains to an adoption agency investigator (Edmund Gwenn) how after years with his career-orientated wife (Joan Fontaine) in San Francisco he came to marry a tenacious Los Angeles waitress (Lupino) hoping to find satisfaction through a child. With its noir-like flashback structure and compact expressiveness, it turns mystery into social critique and refuses to apportion easy roles to the protagonists.

Screening on World Day Against the Death Penalty, Matthew Sleeth's hybrid docudrama examines from the outside and recreates from the inside the final three days of Myuran Sukamaran, the Sydney man who was executed by the Indonesian state in 2015 after nearly 10 years in jail following the arrest and conviction of the Bali Nine for heroin smuggling. The film disputes the punishment, not Sukamaran's guilt, capturing the disconnection between the banal preparations for the killing of the 34-year-old and his final acts of creativity. There are archival traces of Sukamaran, but he's mostly represented by the tamped down performance of Adam McConvell, who shows how his subject found consolation and expression in his painting. Sukamaran's furious sketching of a guard is punctuated by the firing squad's rehearsal, and there's a sense of performance to the sentence that the film accentuates to chilling effect. The odd line of dialogue is heavy-handed, but the final scenes have a horrifying, inescapable detail as Sukamaran's life ends at a midnight dreamscape that ritualises the loss of human life to hide the true cost.