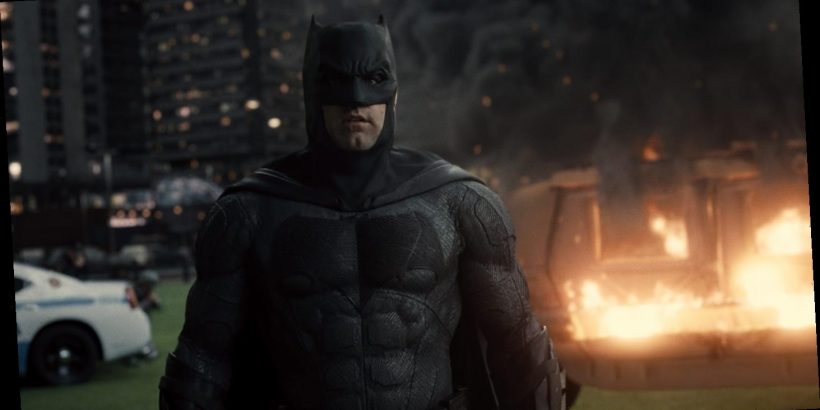 Spoiler alert: The following contains major plot points and big reveals in “Zack Snyder’s Justice League” so beware if you haven’t seen it yet. (The movie is four hours so we get it.)

Find someone who loves you like Zack Snyder loves Superman in a black suit.

“Zack Snyder’s Justice League” – aka the fabled Snyder Cut of the 2017 DC supergroup movie – is finally here, and the beauty of having a four-hour director’s cut of a movie is Snyder can put back a lot more character development, neat-o effects and other aspects nixed by Joss Whedon when he was finishing the original “Justice League.” The story remains the same: Batman (Ben Affleck) and Wonder Woman (Gal Gadot) gather some new troops including Aquaman (Jason Momoa), the Flash (Ezra Miller) and Cyborg (Ray Fisher) to battle alien invader Steppenwolf, a minion of DC’s main cosmic villain Darkseid.

‘Justice League’: 10 burning questions you might have about HBO Max’s four-hour ‘Snyder Cut’

All that and Superman comes back from the dead after being killed in 2016’s “Batman v Suprman: Dawn of Justice.” Snyder’s also sprinkled in never-before-seen moments, including an entire character arc for Cyborg and some extra surprises to freshen the project for those who’ve already seen the two-hour Whedon Cut.

Here are the coolest new scenes in the Snyder cut:

The Flash (Ezra Miller) falls in love and plays with puppies in a new scene in "Zack Snyder's Justice League." (Photo: HBO MAX)

The Flash finds love – and a hot dog

Before the speedster gets thrown into superhero fights, Barry Allen is applying for a job at a pet store when outside, Iris West (Kiersey Clemons) hits a truck that’s run a red light. As Iris and her convertible go flying, Barry races to the rescue, though it’s all slow motion to him – which means he has time to notice her beauty, grab an airborne hot dog AND get her to safety. The scene offers a cute bit with some puppies and also sets up a romance to be fleshed out in the upcoming Flash movie.

There are flashbacks early on to Darkseid’s first venture to Earth to re-create his hellish home of Apokolips on our world but was fought off by ancient heroes. Later in the film, when the modern superfriends are about to use one of the Mother Boxes to bring Superman back to life, Cyborg gets a vision of what happens if Darkseid succeeds this time: A dead Wonder Woman gets a fiery warrior’s funeral, Darkseid uses his deadly omega beams on Atlanteans and the cosmic big bad turns Supes to the dark side. It’s all precursor to the Knightmare planet that Batman dreams of in “Dawn of Justice.” (More on that in a bit.)

Wonder Woman beheads Steppenwolf and sends his corpse back to Apokolips via Boom Tube, but that’s not it for villain appearances. The Whedon Cut had a post-credit scene where Lex Luthor (Jesse Eisenberg) invites mercenary Deathstroke (Joe Manganiello) to his yacht and says they need a league of their own. The Snyder Cut of that scene goes a little differently: Deathstroke has offered to take out Batman for free and Luthor gives him a helpful hint: “His name is Bruce Wayne,” he says, giving away the Dark Knight’s secret identity.

This would have nicely teased Affleck’s planned “The Batman” movie that would have pit the Dark Knight vs. Deathstroke, but alas, that movie now stars Robert Pattinson in the cape and cowl and (assumably) doesn’t spin off this.

Played by Harry Lennix Jr., the shapeshifting Justice Leaguer from the comic books finally makes his cinematic appearance, though he has been in the background for a while. In “Man of Steel” and “BvS” he’s hiding in plain sight as military official Calvin Swanwick, and in the Snyder Cut, he disguises himself as Supes’ adopted mom Martha Kent (Diane Lane) to comfort a grieving Lois Lane (Amy Adams). It’s not until one of the end scenes, though, that he reveals his superhero alien self to Bruce Wayne (Affleck) and tells him, “There’s a war coming and I’m here to help.”

Zack, you’re a warrior and a madman. You know this world like nobody else and it was incredible to be a part of retelling this story in the way that you always dreamed of. pic.twitter.com/vTyGeBwMXY

Hey, Joker’s back. And watch your mouth, Batman!

Before Bruce meets up with Martian Manhunter, a nap takes him back to that Knightmare dreamscape, where apparently a new Justice League — Batman, Cyborg, Flash, Deathstroke and Aquaman’s Atlantean ally Mera – are plotting against Bad Superman. But they’re also joined by one other wild card: The Joker (Jared Leto), looking wild and much more messianic than in “Suicide Squad.” Specifically filmed for the director’s cut, it’s a great scene between the arch enemies, with Joker mocking Batman’s dead parents while telling him he needs his old foe to right what’s happened to the world. The two call a truce.

Then Joker pushes one button too many, referencing a Robin he murdered when Bats “sent a Boy Wonder to do a man’s job.” In turn Batman brings up Joker’s old flame Harley Quinn: “When she was bleeding and dying, she begged me with her last breath that when I killed you – and make no mistake, I will (expletive) kill you – that I do it slow. I’m going to honor that promise.” If you’re going to have Batman curse, that’s how you do it.