One of the most memorable moments in C-3PO’s Star Wars story is when he gets blown to bits in The Empire Strikes Back. After he is reassembled by Chewbacca for the first time, his head is on backward and for the next several scenes he must function in that condition.

Viewers may wonder what visual effects were used to pull off this trick, but it’s actually simpler than one might think. Actor Anthony Daniels merely wore the C-3PO head backward, and the proof is visible. With a closer look, audiences can see Daniels’ nose sticking out of the back of C-3PO’s head.

Anthony Daniels had to wear his C-3PO head backward 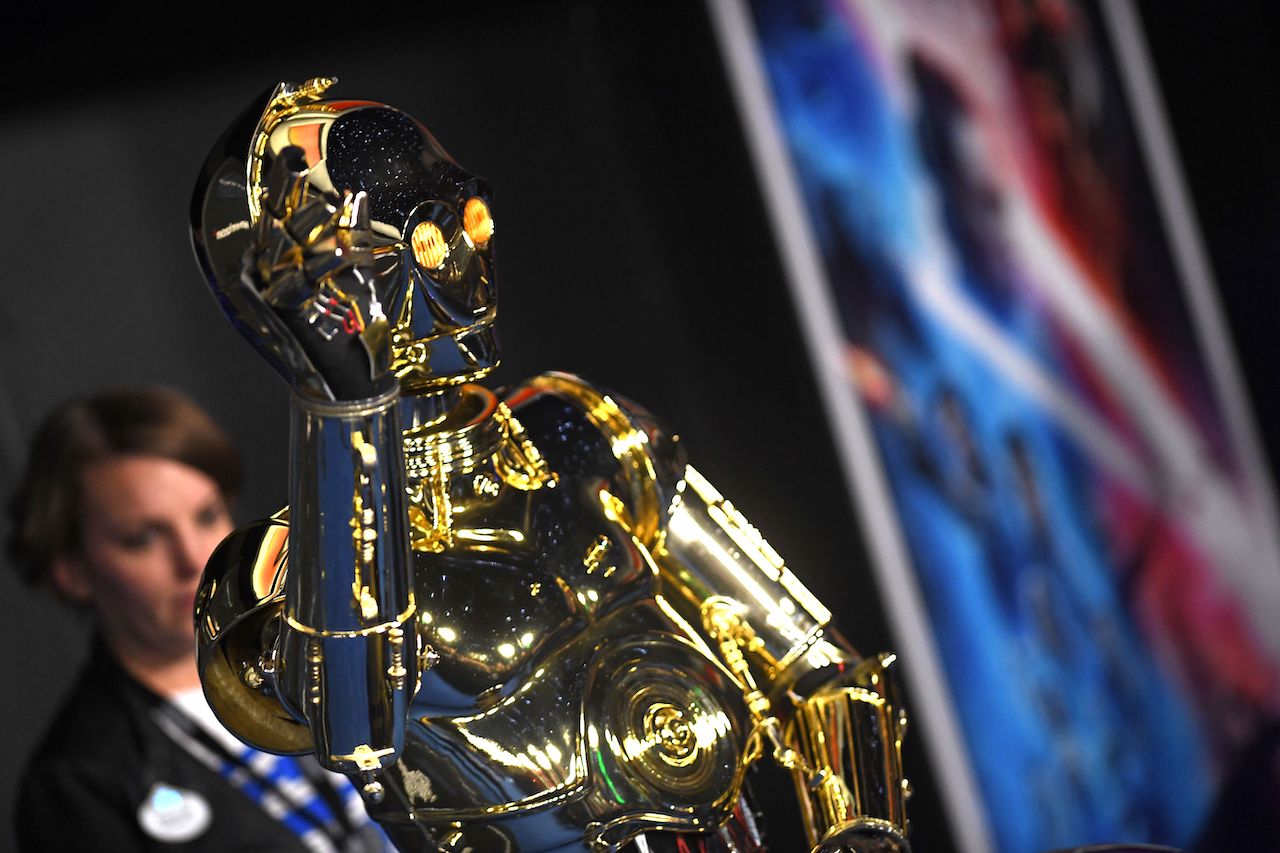 C-3PO was known for his dramatics. After his body gets reassembled, he’s upset when he finds out his head has been put on backward. For a while, he’s forced to get by with a major part out of place.

Because CGI was extremely limited at the time of filming, the production crew had to rely on a clever trick to pull off the visual effect. Daniels was required to wear the C-3PO head backward, with the back of the head cut out so he could breath and speak.

“The more fun was when he put my head on backwards,” Daniels told WIRED. “The only way to do it was to take a 3PO head, cut out the back of the head so his face was here looking that way. My face was sticking out of the back, which, from the side, is a bit difficult because this bit’s longer, especially this bit [points at nose]. So this bit [points at nose] keeps peeking out of the side].”

Although the solution was timely, it wasn’t perfect. The camera crew happened to catch several images of Daniels’ nose sticking out the back of C-3PO’s head when Chewbacca holds him.

“They stuck gold tape on it and I promise you, if you freeze-frame in that bit on Chewbacca’s knee, you will see for a moment a kind of thing here that is my nose.”

Daniels emphasized the fact that Star Wars is not a flawless film, and small bloopers can be seen throughout the film.

Anthony Daniels controlled the C-3PO head like a ventriloquist puppet

There was another interesting moment during filming when Daniels had to literally act as a ventriloquist in order to operate the C-3PO costume.

“There were other moments that I would be on the floor with my arm up through the 3PO chest into the face so that I could animate it a bit like an old ventriloquist puppet as I spoke the lines so I could animate as I spoke,” Daniels said. “And when you put them together, the audience thinks it’s one phenomenon.”