Only three more weeks until the release of Star Wars: The Rise of Skywalker, and anticipation, momentous promotional tidbits, and fan theories abound. All of it is well-deserved as this is a franchise that is deeply embedded in childhoods, adulthoods, and in some cases, lifetimes. People can’t wait to see how the saga wraps up decades’ worth of stories and characters, including the Skywalker line, Obi-Wan, Anakin, Lando Calrissian, and other favorites.

In the midst of all the fan speculation, Star Wars lore, and nostalgia, there’s another special set of beings who could show up in the movie. Could they really? 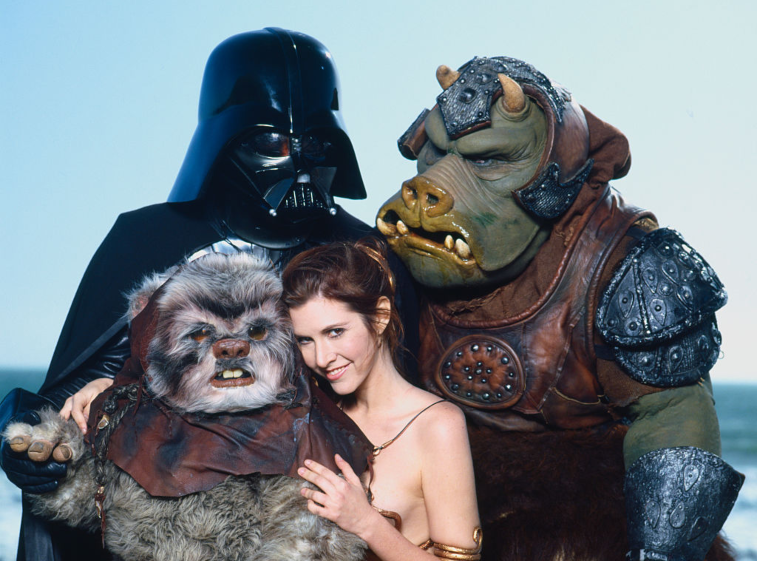 Fans think there will be an appearance by Wicket

For those who are asking, “Who’s Wicket?” let us remind you he belongs to one of the cutest groups of characters in the series: Ewoks. Due to a special promo video released on Nov. 28 by Star Wars, it’s believed the Ewoks will make an appearance in the final film. Check out actor Warwick Davis sporting the iconic costume of Wicket in the clip below:

In the story, Wicket acted as a lookout, warrior, and chief for the Ewoks, and fought with the Rebellion against the Empire. Because of this clip, everyone now thinks he and the rest of the Endor-dwelling Ewoks are a sure shot for Episode 9.

The Ewoks’ role in the ‘Star Wars’ story

Back in 1983, the brave creatures made their debut in Return of the Jedi, a classic. They live on the forest moon of Endor which is covered in foliage, oceans, and mountains. Luke and Leia travel with some members of the Rebel Alliance after they find out the Empire is building another Death Star there. Their intention is to shut the operation down, but they had to win over the Ewoks’ trust first.

Once the Imperials show up to engage in a fight with the Rebels,the Ewoks are instrumental in helping defeat the enemy and destroy the shieldgenerator for the Death Star.

Following Return of the Jedi, the Ewoks starred in their own made-for-TV movies and animated series. But it’s their home that’s become the center of chatter for this last chapter of the Star Wars saga.

Why fans are excited to see Wicket and the other Ewoksreturn

There’s another piece of evidence that seems to link the Ewoks’ home with The Rise of Skywalker. It’s been discussed on Reddit and IGN, and it points to Death Star wreckage floating in a body of water. Where’s the water? The theory is that the location is Kef Bir, an ocean moon that is within the planetary system where the Ewoks live.

It’s not been confirmed, but the final trailer for Star Wars: The Rise of Skywalker shows Death Star debris, and folks believe that spells Endor and Ewoks. They haven’t been in a film since the ’80s, and given that this is the last movie in this line, it’s a guarantee the audience will see a string of faces from the past–including Wicket’s. The prospect of seeing Ewoks, Porgs, and possibly Anakin is hyping superfans up who would love to see these characters help close things out.