Tennant was a favorite among designers including Alexander McQueen, Karl Lagerfeld and Riccardo Tisci 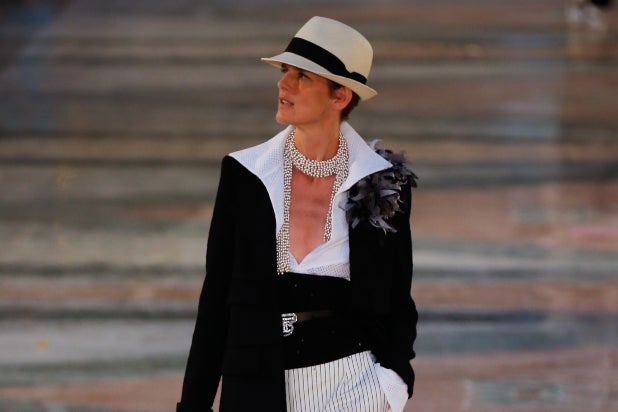 Stella Tennant, Scottish supermodel and muse to some of the fashion industry’s top designers, died Wednesday. She was 50.

According to The Guardian, Scottish police found “no suspicious circumstances” surrounding Tennant’s death at her home.

Tennant’s family confirmed her passing in a statement to The Guardian, saying, “It is with great sadness we announce the sudden death of Stella Tennant on 22 December. Stella was a wonderful woman and an inspiration to us all. She will be greatly missed. Her family ask for their privacy to be respected.”

The family added in a statement that memorial service arrangements would be announced at “a later date.”

Tennant was one of the first supermodels to embrace an androgynous look on the runway, along with Kate Moss, in the 1990s. Her 5’11” figure topped with her signature pixie cut made her an ideal model for all types of clothing, including more masculine cuts of fabric, and she became a favorite of designers.

Over the years, Tennant worked with Alexander McQueen and Givenchy designer Riccardo Tisci. One of her most frequent collaborators was Karl Lagerfeld, the creative director of Chanel and Fendi.

In addition to being runway royalty, Tennant was also from aristocratic stock — her family was part of Scottish and British high society, and she was the granddaughter of the Duke of Devonshire Andrew Cavendish and Hon. Deborah Mitford, one of the Mitford sisters.

Tennant got her start in modeling in the early 1990s after sending photos of herself to high fashion magazines. She was put on the cover of Italian Vogue, with her pierced septum on display and holding a huge pair of scissors — a very nontraditional modeling look and one that drew the attention of Lagerfeld’s discerning eye for design. Shortly after the Italian Vogue cover, Tennant signed an exclusive contract with Lagerfeld to be the face of Chanel and continued to work with Lagerfeld until her death.

In addition to her modeling career, Tennant was an activist. She worked with the eco-friendly organization Global Cool in video PSAs about global warming and was one of 200 Scots that signed a letter to The Guardian requesting Scotland remain part of the United Kingdom.

Tennant is survived by her husband, David Lasnet, and four children.