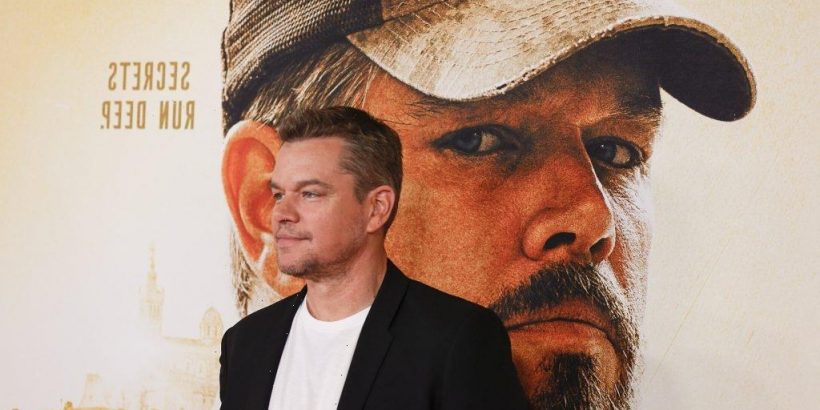 Matt Damon is one of those actors who put in extra effort to appear authentic in front of the camera. Being a father helps him reach for certain emotions when the scene calls for them. He also will travel to places to get into character. In Stillwater, Matt Damon portrays a roughneck from Oklahoma — and he recently spilled details about his time spent getting into character.

Stillwater is about an oil rig worker in Oklahoma named Bill Baker. He travels to France to visit his estranged daughter, Allison, who has been in prison for the past few years. She is serving time for the murder of her unfaithful lover, Lina. Allison learns something important that could free her.

A professor told her some second-hand information about a man who claimed to be Lina’s killer. Bill decides to investigate when Allison’s defense lawyer refuses to open the case based on hearsay. He works with a resident named Virginie, and they discover Akim is the murderer.

Later on, Akim confesses that Allison hired him to kill Lina. In the end, the court exonerates Allison, who admits that Lina’s death was unintentional. Meanwhile, Bill decides to keep the truth to himself to protect her.

Damon starred as Bill, and Abigail Breslin portrayed Allison. The two of them bonded on set when Damon taught her some driving skills. Other actors in the crime drama include Camille Cottin, Lilou Siauvaud, and Idir Azougli.

Damon is someone who will go the extra mile to get into character before filming. His character is a roughneck from Oklahoma, so he wanted to appear authentic. In an interview with Good Morning America, Damon talks about what he did to prepare for the role.

When Damon arrived in the town in Oklahoma, he noticed how much of a different culture the place has. He explained how the people there were great, but they were wary of him and the director at first. The roughnecks were concerned that they were going to poke fun at them.

“They realized that the director, Tom McCarthy, and I were like, we were really trying to get it right. They saw the story we were trying to tell had a lot of empathy for this guy,” Damon said. “So, these guys just took us all over the place. Took us to the oil rigs.”

When Damon saw the workers at the oil rig, he stated that he could never do that type of job. The actor praised them for how hard they work.

“I’d never played a guy like this,” Damon told Screen Rant. “It was a very specific thing this kind of roughneck culture down in Oklahoma and Texas. And thankfully, we had some guys that we could go to down there who really gave us incredible access and really helped us build the character.”

The real world has influenced several popular movies in the past. Stillwater is one of those films that drew inspiration from a real-life event. According to Vanity Fair, the director based the script on the 2007 Amanda Knox case.

Knox is an American, and she was studying in Italy at the time. She became a suspect after the murder of her roommate, Meredith Kercher. The court found Knox guilty, but her father remained her strongest supporter. After spending four years in prison, the highest court in Italy fully exonerated her in 2015. Knox later became a journalist and published author. However, her case did not inspire the ending, considering Allison really was responsible for the murder in Stillwater.

Interestingly, Knox did not know anything about Stillwater during its production. The movie did not impress her, and she expressed frustration that others profited from her name, noting she’s tired of the distortion of her character. Knox wants to put it all behind her and return to anonymity.