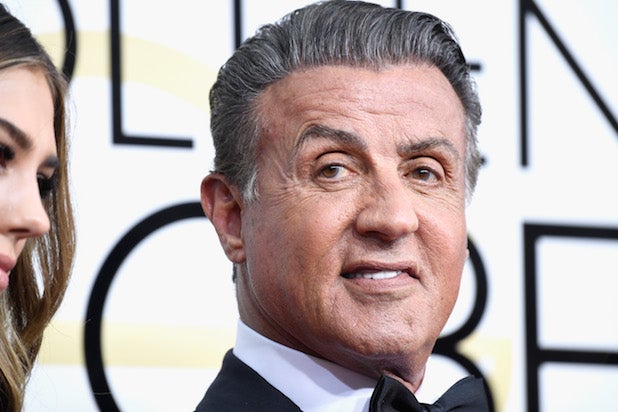 Sylvester Stallone has joined the cast of James Gunn’s “The Suicide Squad,” the director said on Instagram on Saturday.

“Always love working with my friend @officialslystallone & our work today on #TheSuicideSquad was no exception,” Gunn wrote. “Despite Sly being an iconic movie star, most people still don’t have any idea what an amazing actor this guy is.”

When asked my a fan whether Stallone will be involved with “The Suicide Squad,” Gunn confirmed, “Yep.”

Stallone recently revealed in an Instagram post that he was on his way to film a scene for the movie; however, it seems the post has been removed.

As TheWrap first reported, Gunn wrote the script and will have a completely new take on the property, in which DC supervillains are recruited by the government to carry out secret missions too dirty for the likes of Superman and Batman.

The first “Suicide Squad,” which starred Will Smith and Margot Robbie, earned nearly $750 million worldwide on a $175 million budget before promotion and advertising. The film also launched Robbie’s Harley Quinn and Jared Leto’s take on The Joker. But it was not exactly a beloved film — it’s unpopular with critics and fans alike.

“The Suicide Squad,” which many hope will correct course after the first film, was written and directed by Gunn and features cast members from the first film along with some new additions. Margot Robbie returns as Harleen Quinzel aka Harley Quinn. Viola Davis returns as dark ops government operator as Amanda Waller, Joel Kinnaman returns as Rick Flag, the leader of “The Suicide Squad,” and Jai Courtney as Captain Boomerang. David Dastmalchian, Daniela Melchior, Pete Davidson, Nathan Fillion, Idris Elba and John Cena also star.