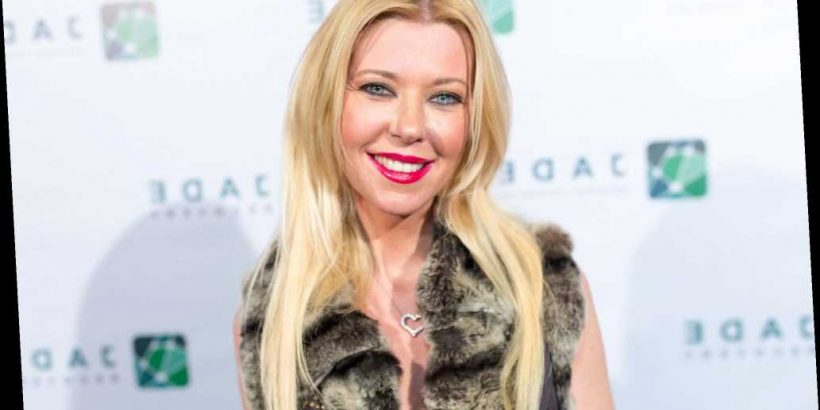 Could another American Pie be on the horizon? According to Tara Reid, a fifth installment in the comedy franchise is in the works.

The actress spoke with ET's Katie Krause while attending Cassie Scerbo's '80s-themed birthday bash (benefitting Boo2Bullying) in Malibu on Tuesday, and opened up about the possibility of rejoining her American Pie co-stars for a new chapter in the story.

"It might happen," Reid teased, before adding, "OK, I can't tell you when, because I don't really know when, because we have to get all the actors and at the same time to get our schedules together."

"There is a script out there," she added, making sure to choose her words carefully. "I'll put it that way."

That being said, Reid revealed that she has read the script, and "it's one of the best ones" of the series.

"It's amazing," she said, reiterating that the fifth film "will happen, I just don't know when."

The actress — who also appeared in American Pie 2 and the fourth installment, American Reunion — said the cast members have maintained a connection over the years, sharing, "We all stay in touch in different ways."

"When you grow up with someone and you get your first breaks with someone, you can never forget that," she added, explaining the the bond she made with some of her former co-stars is one that will last "forever."

As for Sharknado, however, Reid says she doesn't see any more sequels in her future.

"I've been a robot, I gave birth inside a shark, I've done everything you could possibly do. I don't see where my character would go again," she admitted. "But I think we took a great thing and ran on it. We did five films. They all went great. But sometimes, you know when to hang up the flag and I think we ended it at a perfect beat."

This video is unavailable because we were unable to load a message from our sponsors.

If you are using ad-blocking software, please disable it and reload the page. Embed CodeRestart