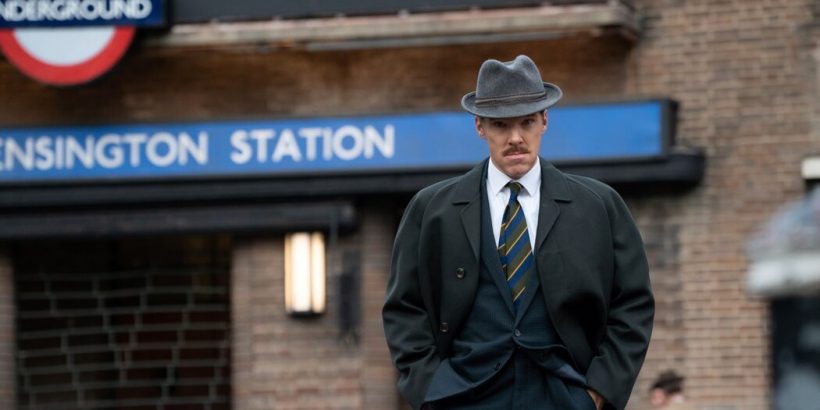 “The Courier,” a true life-based spy thriller set in the early 1960s — and staged to appeal to audiences old enough to have lived through them — stubbornly resists involving or affecting us until it’s almost over. By that time, though, you might have fallen asleep.

Ideally, that shouldn’t happen while watching two stand-up guys — one British, one Russian — perhaps narrowly prevent a nuclear apocalypse. But the director, Dominic Cooke (whose 2018 feature debut, “On Chesil Beach,” touchingly conveyed the tragedy of broken intimacy), is either unable to generate tension or simply chooses not to. The Cuban Missile Crisis might loom in the background, but we barely sense its menace as Greville Wynne (Benedict Cumberbatch), an unremarkable English salesman, is enlisted as an intermediary between MI6 (in the form of a suave Angus Wright) and a Soviet officer named Oleg Penkovsky (Merab Ninidze).

With its wood-paneled rooms and pluming cigarette smoke, “The Courier” is espionage cinema at its most decorous. Disappointingly, no one is karate-chopping or transforming fountain pens into tiny daggers. (Instead, they have lunch and attend the ballet.) Wynne, we are told, must be given a crash course in tradecraft before accepting Soviet secrets, but Tom O’Connor’s stolid script is actively antithetical to such excitement. We need a montage!

Though Jessie Buckley, as Wynne’s suspicious wife, and Rachel Brosnahan, as an amusingly pushy C.I.A. operative, add welcome jolts of female energy, “The Courier” is essentially the story of an extraordinary male friendship. The men’s mutual compassion peaks too late to save the picture, but is no less moving for that.

The Courier
Rated PG-13 for a bit of violence and a blink-and-you-miss-it bedroom scene. Running time: 1 hour 51 minutes. In theaters. Please consult the guidelines outlined by the Centers for Disease Control and Prevention before watching movies inside theaters.