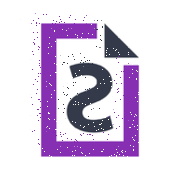 MCU fans are geared up for a big winter, as Marvel’s phase 4 is now in full swing. Hot off the heels of some amazing Disney+ series, Marvel has finally gotten back to theaters with the release of Black Widow and Shang Chi and the Legend of the Ten Rings. The upcoming theatrical releases is what has many fans most excited though, as some can hardly wait until November for the release of Eternals. The film features a star-studded and incredibly diverse cast of titular heroes that has some critics complaining that Disney is again trying to virtue signal a culture of diversity. Star Angelina Jolie says, however, that the diversity in the cast was essential to the story the film tells.

On the pages of Marvel Comics, The Eternals are a sort of alternate evolution of humankind. The same race of celestials that tinkered with the genetics of early Earth dwellers to create humans also created The Eternals and The Deviants. After Deviant culture took a turn towards enslaving humanity, The Eternals’ mission became to help humankind find off their Deviant cousins.

The film appears to be telling a slightly altered yet fundamentally similar version of the story. The plot of the film seems to focus on reuniting The Eternals from the fringes of society where they’ve been hiding for thousands of years to combat an imminent threat. The Eternals themselves make up a very diverse group, portrayed by the likes of Kumail Nanjiani as Kingo, Gemma Chan as Sersi, and Don Lee as Gilgamesh.

The cast also includes Brian Tyree Henry as Phastos, Marvel’s first openly gay hero, and also features Lauren Ridloff playing Makkari as Marvel’s first deaf hero. While critics were quick to complain that this seemed like a PR casting call from a studio that’s repeatedly been accused of marginalizing minority performers, the cast’s diversity is in fact critical to the themes and plot of the film.

‘Not for the sake of diversity’

In a recent interview, Angelina Jolie, who plays Thena in the upcoming film, was pressed for her thoughts on the criticism of the casting. According to ScreenRant, she was quick to rebuff claims that the diverse cast was the result of some stunt casting or PR stunt on Disney’s behalf. “I think a good thing about this film is, it’s not diversity for the sake of diversity,” the leading lady frankly answered.

She continued, discussing how diversity is central to who the heroes themselves are, “Part of the original idea is, if you’re going to have Eternals and they’re going to blend into the Earth across the globe, they have to be on the globe.” With her comments, it becomes a little more apparent what director Chloé Zhao is doing with the film.

As MCU stories are now dealing with global and even multiversal threats in the MCU, heroes with narrow cultural origins and nationalistic identities just really don’t fit the eternals. As a superhero team for humanity itself, they need to look like all of humanity.

Humanity taking its place in the cosmos

Marvel has always been very frank that Phase 4 of the MCU would take fans further into the cosmic side of the comic book mythos. Based on what the trailer showed, it seems that Marvel aims to continue that effort.

While Eternals may not be about multiversal splintering like Loki or (seemingly) the upcoming Spider-Man: No Way Home, but it does do some serious leg work to tie the MCU’s rather limited world into the greater cosmic mythology of Marvel. After seeing Arishem the Judge in the flesh in the trailer, fans are ready to get some more information about The Celestials, The Deviants, and the rest of the universe’s history in Eternals.

Such a diverse cast really is fitting for such a movie that has the potential to really flesh out the culture and worldbuilding of the MCU. If the Eternals are going to take fans deeper down the rabbit hole of the Marvel cosmic history, it’s fitting that humanity’s defenders represent all of humanity as we head into this brave new world.