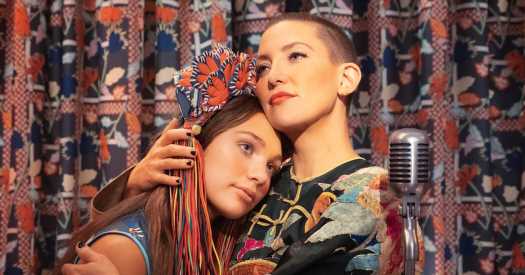 When Charlie Hancock first heard about a new musical movie centered on a girl on the spectrum, she was thrilled. “I thought, ‘Great. I love musicals,’” said Hancock, a first-year student at Oxford University who is autistic and wrote an essay on the film. “‘This could be an opportunity for more representation and perhaps a type that we haven’t seen before.’”

Her excitement quickly turned to distress.

As details emerged in the last few months about that film, “Music,” which is directed and co-written by the pop star Sia, disability rights advocates grew increasingly concerned about potential bias in the plot as well as the decision to cast a performer who wasn’t autistic. Those worries escalated into a backlash in November, when the trailer’s release set off a fight between the musician-turned-filmmaker and her online critics, and again in January, when leaked scenes seemingly endorsed a controversial physical restraint technique. Then, to the surprise of industry insiders and the autism world alike, the film garnered two Golden Globe nominations last week. Though Sia has since offered an olive branch to detractors, the anger remains.

“Nominating ‘Emily in Paris’ is one thing. It’s a harmless bit of mediocre fluff,” Ashley Wool, an autistic actress in upstate New York, said, referring to the Netflix series that also received surprise Globe nominations. “‘Music’ is something that’s doing active harm to people. This gives it a veneer of legitimacy that it doesn’t deserve.”

The film will be available on demand Feb. 12 in the United States but has already opened in Sia’s native Australia to dismal reviews and a weak box office. It follows a girl named Music and her newly sober half sister, Zu (Kate Hudson), who becomes Music’s guardian. Music, played by Maddie Ziegler, can’t speak, and viewers are simply told that she is a “magical little girl” who sees the world differently. Song-and-dance interludes illustrate what’s going on inside Music’s head. Sia, who has said Music was based on an autistic boy she knew, has described the film as “‘Rain Man’ the musical, but with girls.” 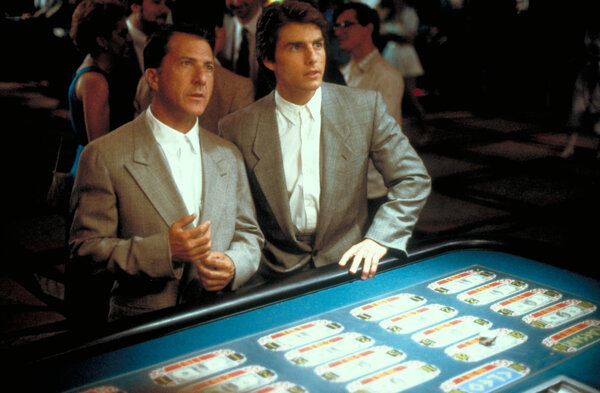 Yet that 1988 film represents exactly the kind of stereotypical portrayal that disability rights advocates say they don’t want to see in 2021: a neurotypical star (Dustin Hoffman) playing an autistic savant stereotype. Research shows that disabled characters are overwhelmingly played by nondisabled actors on film and TV. A recent rare exception was Pixar’s 2020 animated short film “Loop” that won praise for featuring a nonspeaking autistic actress of color in the lead voice role.

Like Music, the “Loop” actress and character had difficulty forming words but still frequently vocalized. More common is the casting of a nonautistic performer like Ziegler. The actress, a recurring Sia collaborator, ultimately replaced “a beautiful young girl nonverbal on the spectrum” who found the experience “unpleasant and stressful,” Sia said in a tweet.

Many detractors say problems with the film are, as Hancock put it, “baked into its very DNA” because Music isn’t really at the center of “Music.” Instead, they say, it’s Zu who is given a complex narrative of growth and depth; Music merely serves as a catalyst to help Zu on her journey to become a better person. It’s “the idea that we’re not characters or people in our own right,” Hancock added, “but we exist in order to inspire the nondisabled people in our lives and, by extension, the audience.”

After the first trailer dropped in November and activists on Twitter criticized the film’s approach, Sia reacted angrily, arguing that she had spent three years on research and that her intentions were “awesome.” When one autistic performer said she felt that “zero effort” had been made to cast an autistic lead, Sia replied, “Maybe you’re just a bad actor.”

For autistic artists, the fact that Sia said a neurotypical actress was recast as the lead sends the troubling message that autistic people are bad hires.

“First, it’s undermining autistic people’s capabilities and making us out to be infants,” Chloé Hayden, an autistic actress in Australia, said. “Second, if your film is about inclusion, but you’re not making the actual film set inclusive, it completely belittles the entire point.”

Critics have also taken issue with two scenes showing Music having a meltdown and being subjected to prone restraint, a practice in which people, often disabled, are put in a facedown position while force is used to subdue them. Versions of the method have been linked to serious injuries and death. But when a saintly neighbor, played by Leslie Odom Jr., restrains Music, it’s portrayed as an act of kindness: He lies on top of her and says he’s “crushing her” with his love. Later, in a public park, he instructs Zu on how to use the restraint on Music.

“It really shows that a project about autism will be hollow and not serve our needs — and can even be harmful to us — if we’re not helping tell the story,” Zoe Gross, director of advocacy at the Autistic Self Advocacy Network, said. “This is something that could kill people.”

In an emailed statement, Odom said, “When we make something or when we sign up to help someone we respect make something, our hope is always that the work is the beginning of a conversation. The filmmakers make the art, but we don’t get to dictate or decide the contents or parameters of the ensuing conversation. The other half of the conversation regarding this work is just beginning. I am listening.”

Following the news earlier this month that “Music” had been nominated for two Golden Globes (best musical or comedy, and best actress for Hudson), three advocacy organizations — Gross’s network, CommunicationFIRST and the Alliance Against Seclusion and Restraint — joined to issue an open letter expressing “grave concerns” about the restraint scenes and calling for the film to be pulled from release.

The letter noted that “a committee of nonspeaking and autistic people” had been invited to screen the film and provide feedback in late January, and the filmmakers “failed to respond and address” their recommendations, including cutting the prone restraint scenes entirely.

Hours after the nominations, Sia tweeted an apology and said that her “research was clearly not thorough enough” and that she had “listened to the wrong people.” The star, who soon after deactivated her Twitter account, also announced that a warning would be added to the film stating that it “in no way condones or recommends the use of restraint on autistic people,” and that those scenes would be removed from “all future printings.” Those scenes remained in a screener provided to a New York Times critic reviewing the film.

A change.org petition calling for the film to be “canceled” has nearly 19,000 signatures. But Onaiwu of Rice University said she was not looking to destroy anyone’s career, even if she condemned the film.

“It’s not about demonizing Sia. You’re not canceled. We need allies and powerful voices,” Onaiwu said. “Use your platform to try to help dismantle ableism and promote neurodiversity and make opportunities for autistic people. You can use your experience to do that.”