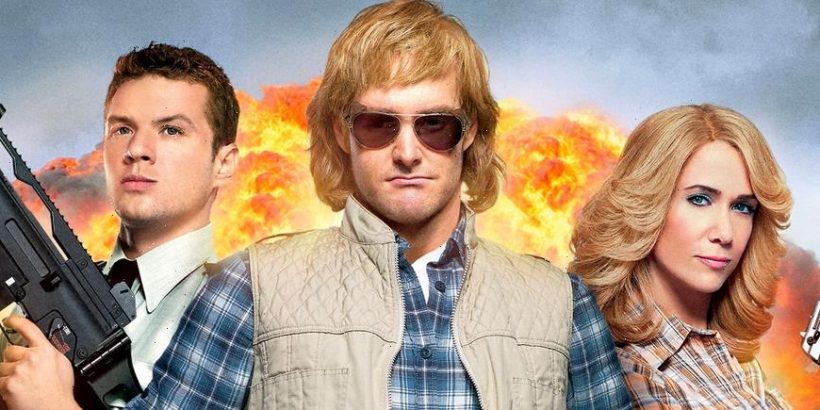 Will Forte‘s comedic action hero character, who originated in a Saturday Night Live sketch, got his own movie in 2010 – a film which performed abysmally at the box office, but quickly earned cult status. Now, more than 10 years later, MacGruber is coming back to the small screen in a Peacock streaming series. And Forte has shared a new photo of the core trio of actors to prove that this whole revival isn’t just some kind of elaborate joke.

Forte shared this new photo on Instagram, depicting him in costume as the title character and flanked by co-stars Ryan Phillippe as Lt. Dixon Piper and Kristen Wiig as Vicki St. Elmo, MacGruber’s colleague and love interest. They’ll be joined in the upcoming series by new additions Laurence Fishburne as General Barrett Fasoose, “a highly decorated soldier who commands the respect of the entire US military”; Sam Elliott as Perry, MacGruber’s estranged father; and Mickey Rourke as Brigadier Commander Enos Queeth, “a mysterious villain from MacGruber’s past.”

During a 2009 SNL episode, Forte played MacGruber in a series of Pepsi commercials in which it was revealed that MacGruber is actually the son of MacGyver (Richard Dead Anderson), the secret agent character from the late ’80s/early ’90s TV series who frequently used his ingenuity and random household items to get himself out of sticky situations. MacGruber initially started out as a parody of MacGuyver, but when the Forte-led project made the jump to the big screen, the scope of the movie expanded to encompass the entire 1980s Hollywood action movie genre. It looks like the character’s family lineage is another thing that will be changing after the show moved away from its original home at SNL, since Sam Elliott is now playing MacGruber’s dear old dad.

Forte was recently a guest on Late Night with Seth Meyers, where he read a delightfully absurd sample from one of the upcoming show’s scripts in which he tries to convey to his team just how important their mission is. Check it out here.

In MacGruber, after rotting in prison for over a decade, America’s ultimate hero and uber patriot MacGruber (played by Forte) is finally released. His mission: to take down a mysterious villain from his past—Brigadier Commander Enos Queeth. With the entire world in the crosshairs, MacGruber, Vicki, and Piper must race against time to defeat the forces of evil, only to find that evil may be lurking within.