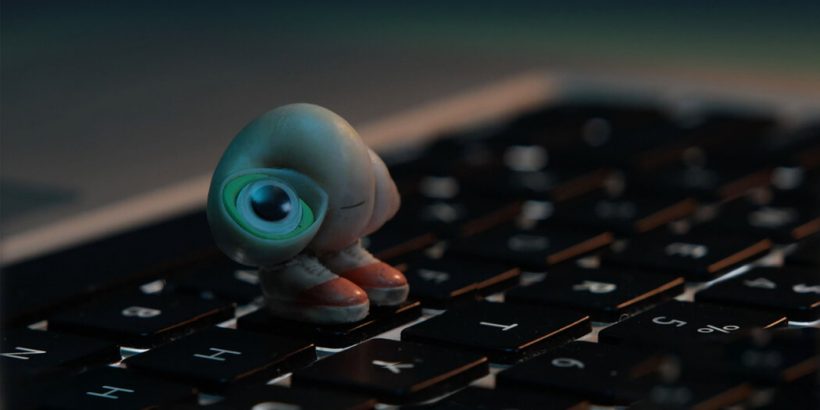 TELLURIDE, Colo. — Jenny Slate is at a loss for words. It’s Friday night at the Telluride Film Festival and the actress has just deplaned from her first flight in 17 months, still foggy from quarantine, a period when she became the mother of two distinct but equally profound projects: a brand-new baby girl and a feature-length movie she spent a decade creating.

Slate is here because of her voice work on Marcel the Shell, the unlikeliest of internet sensations. No bigger than a nickel, this stop-motion mollusk with a single googly eye and shoes pilfered from a Polly Pocket doll set the web afire when she and the filmmaker Dean Fleischer Camp uploaded a three-minute video to YouTube back in 2010. That short, which illustrated Marcel’s quiet optimism — “I like myself and I have a lot of other great qualities” — generated immediate interest, ultimately garnering more than 31 million views in all. (Two more shorts followed in 2011 and 2014.)

Marcel’s voice is distinct from Slate’s other animation work, whether its Harley Quinn in “Lego Batman” or Tammy Larsen in “Bob’s Burgers.” (She voiced Missy Foreman-Greenwald in “Big Mouth,” until 2020 when she stepped down, saying, “Black characters on an animated show should be played by Black people.”) Marcel has a high-pitched, melancholic timbre that could make you cry as easily as laugh. (“Some people say my head is too big for my body and I say, ‘Compared to what?’”) And it was so infectious, it prompted appearances on the late-night talk show circuit, two best-selling books, memes, tattoos and offers for television shows and commercial sponsorships.

But Slate and Camp, who first created Marcel as a married couple but are now involved in other relationships, were so protective of Marcel that rather than take an easy payday — offers Slate admits would have helped them when they were struggling artists — they spent the next decade turning him into a feature film.

It was a painstaking process that involved a troop of animators and designers. Friday night marked the culmination of all that work when “Marcel the Shell With Shoes On” had its world premiere. The 90-minute mockumentary tracks an emerging documentary filmmaker, Dean (Camp), who moves into an Airbnb only to discover the one-inch Marcel, along with his memory-challenged grandmother Nana Connie (voiced by Isabella Rossellini) and his pet lint, named Alan, grieving after a mysterious tragedy has taken the rest of their community from their cozy abode.

Slate compares the process of making the film to watching one of those science videos of a flower blooming in fast motion.

“You just wake up one morning and there’s a flower and it’s blue,” Slate said. “That’s what this feels like.”

Slate, a bit shyer and more reserved than you would expect, is still contemplating her post-pandemic life. More content than when she and Camp first created Marcel as a funny bit for a friend’s comedy show, Slate says she no longer feels the need to make people laugh (not even her therapist) and is less interested in pleasing others, an emotion she believes is the result of the “love infinity loop” she is currently experiencing with her infant and her fiancé, Ben Shattuck.

“We were in process for so long and this character has had so many different functions for me,” she added. “At first, I think I just needed to prove to myself again that I’m funny. And then I realized that I was doing something that actually was very personal to me. So making the movie was trying to show this very interior part of myself. I just can’t believe that it worked.”

And worked it has. The Hollywood Reporter called it “a sweet, uncomplicated film whose message about self-compassion and community feels especially prescient.” And IndieWire deemed it a critic’s pick, naming it ​​”the cutest film about familial grief you’ll see all year, perhaps ever.”

“Marcel” is one of a handful of films debuting at Telluride that is looking for a buyer. And despite it being in the works for nearly a decade, it’s one of many films at the festival, including Mike Mills’s “C’mon, C’mon,” Joe Wright’s “Cyrano” and Peter Hedges’ “The Same Storm,” that feel like a response to our current mood of anxiety and alienation. “I’m really pleased that the film is arriving at this moment,” said Camp, who argues that the serendipitous timing suggests that “we were already feeling increasingly isolated and vulnerable even before Covid hit.”

Back in 2010, when Marcel first emerged, Slate said, she was “waiting to get fired from ‘Saturday Night Live,’” which she worked on for one unhappy year. Yet the voice that activates Marcel was one she never used on the sketch show.

“I felt like I had done every voice that I could have done in order to save myself there and then suddenly, this voice that I had never done before, came out of my mouth,” she said. “Looking back on it, it was a real choice to use it just for myself, privately. This wouldn’t have belonged on ‘S.N.L.’ anyway and it was this very lovely opening to a belief that there is a world outside of the tiny, narrow hallway that contains what you perceive as your own failure.”

To make the film, Slate and Camp spent a year and a half recording improved audio sessions. Then their co-writer and editor, Nick Paley, and Camp dedicated an equal amount of time turning those snippets of improv into screenplay form. That eventually became an animatic (audio with music and storyboarded visuals) they could watch and screen for test audiences to make sure it all worked before they shot the live action and then, finally, the stop-motion animation. “Ultimately, we sort of backed into an indie version of the Pixar process,” Camp said.

Yet, the basic premise always remained: Marcel had lost the majority of his shell family because of an argument involving humans.

“We always liked that the overflow of the emotionality from the human world had caused this major disruption in the shell world,” said Slate, adding that the creation of Nana Connie was long part of the plan. “The idea was what do you do when your life as you know it has been broken apart, and the only person that remembers it would be starting to not remember at all.”

It’s that poignancy and heartbreak that gives the movie its center. It’s also the creative project that Slate is most proud of. Nowadays she sings songs to her daughter in Marcel’s voice. (She believes he is a better singer than she.) And though she doesn’t know what is next for this sweet but stubborn avatar of herself, it’s clear Marcel has burrowed himself deep inside her.

“I always think of Marcel as my truest self, and what I would really like to be like if my ego, and the trappings of being a woman in patriarchy, didn’t get in the way.”