The Palme d’Or-winning class satire hinges on her surprising character, but the veteran Filipina actress never thought she had a chance to land the role. 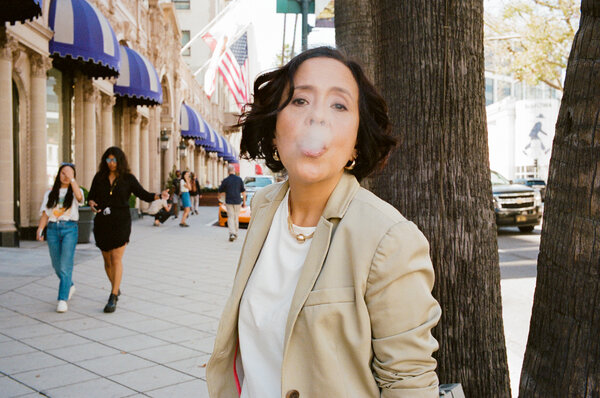 This interview includes spoilers about the plot of “Triangle of Sadness.”

LOS ANGELES — Humble though not self-deprecating, the actress Dolly de Leon speaks of the shortcomings in her process with a casual matter-of-factness that makes her sincerity clear. “I really do poorly at auditions,” she confessed.

Despite her assessment, she clearly did well enough at one of them: At 53, the Filipina veteran of theater, television and film in her home country is enjoying international attention for her trope-defying role in the class satire “Triangle of Sadness,” in theaters Friday.

De Leon plays Abigail, a crew member on a luxury cruise ship carrying entitled oligarchs and fashion models. After things go awry, her practical skills are much more valuable than wealth or beauty on a seemingly deserted island.

The multinational ensemble piece, which features Woody Harrelson, Harris Dickinson and the late Charlbi Dean, earned the top prize, the Palme d’Or, at the Cannes Film Festival in June. There, Indiewire described de Leon’s performance as “bold and heartsick,” while Screen Daily praised her for “playing it canny and ruthless.”

But when the film’s writer-director, Ruben Ostlund, traveled to the Philippines in 2019 to cast the pivotal role, de Leon couldn’t fathom that she would get the job — in part because of her troubled relationship with auditions. Yet Ostlund recalled being impressed with her playfulness in a romantic scene they tried. Her lack of expectations probably played to her advantage.

“I’m just an actor who needs the work,” de Leon said. “Whatever the role was, it was just another job for me. But, of course, I knew there was prestige attached to it because it was Ruben,” and she had seen his art-world satire, “The Square,” which won the Palme d’Or in 2017.

Interested in inverting the power dynamics between the superrich and those underpaid to serve them, Ostlund found de Leon’s transformation from shipboard housekeeping staffer to authoritative captain ashore to be searingly convincing. “In very few scenes you have to buy that she is taking control of this group,” he said via video call.

De Leon explained: “I admire Abigail because she just took it upon herself to be in charge without asking for approval from anyone. If I were in her situation, I’d probably still be following people around.”

Sitting in a hotel meeting room in West Hollywood during a recent interview, de Leon, in a white top and tennis shoes and light bluejeans, exuded a relaxed energy while occasionally inhaling from a minuscule vape.