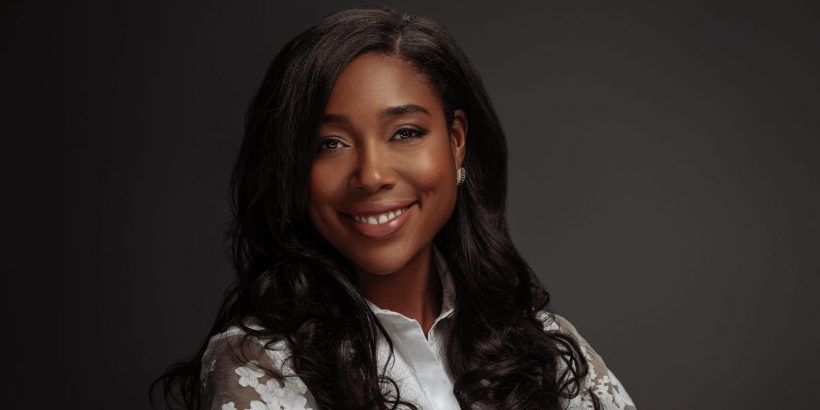 In the early 1990s, Eden Bridgeman sat underneath a hairdryer in a Louisville beauty shop. She was just a child then and wanted to look pristine for Easter Sunday.

Next to the hairdryer stood a rack of magazines. Among them, a beautiful Black woman graced a glossy cover. She picked it up and flipped through its pages. This was one of her first encounters with Ebony magazine.

As a pastime, Bridgeman studied Ebony, as so many Black girls did in hair salons, in their grandmother’s living room, and on their auntie’s kitchen counter.

With glamorous celebrities and public figures like Mary J. Blige, Queen Latifah, and Michelle Obama on the covers, Ebony portrayed Black women at their finest. “These were our superstars,” Bridgeman, 34, said. “The people driving the culture.”

Now, after a tumultuous 75-year history, which has seen a decline in the appetite for print products and the bankruptcy of Ebony Media Corporation, Bridgeman is the magazine’s latest owner, as well as the mastermind behind its rebranding.

Ebony was founded in 1945 by publisher John Johnson and during the 1960s, the publication earned acclaim for its coverage of the civil rights movement. Ebony’s diminutive, sister magazine, Jet, was founded in 1951 by Johnson. For nearly six decades, the two publications defined Black culture with their in-depth profiles of such figures as civil rights activist Stokely Carmichael, Diana Ross, and its insightful coverage of the AIDS epidemic. In the 1980s, their circulation topped an impressive 1 million. 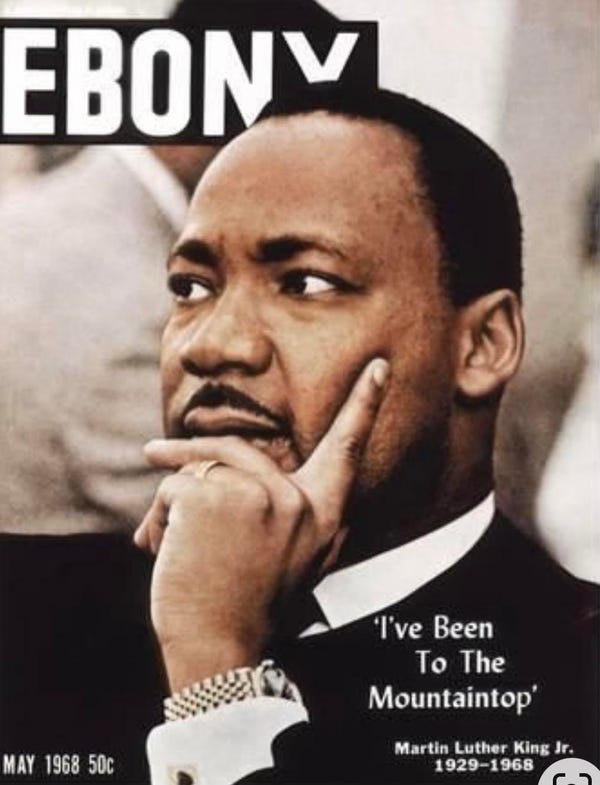 Then came the 21st century, and financial woes struck the lorded publications. Both magazines suffered years of declining subscriptions and ad revenue. In 2016, Ebony and Jet were sold to private equity firm CV Media, and in 2019, both publications stopped printing physical copies. In July, Willard Jackson, the magazine’s CEO, was removed after an internal investigation of unauthorized use of company funds.

Shortly after Jackson’s leave, Bridgeman’s father presented the family with an idea: he wanted to buy Ebony and Jet. Bridgeman was interested immediately.

To start planning, Bridgeman was introduced to former CNN and BET executive Michele Ghee through mutual friends. They spoke about what the future of Ebony and Jet could look like. A few days later, Ebony Media Operations filed for bankruptcy.

In December, the Bridgeman family won the bid to buy Ebony and Jet for $14 million. Soon after the deal was closed, Ghee was officially appointed CEO and planned a relaunch for March. This gave them a month to organize Ebony’s rebirth.

Jet is scheduled to relaunch in June.

The new Ebony, Bridgeman said, has three core values: to be bold, brilliant, and beloved.

The magazine has at least a dozen people on staff. Both Ebony and Jet will be entirely digital endeavors, and there are no plans for either to return to print. Bridgeman’s day-to-day is ever-changing. She’s on calls, meeting with advertisers, and assisting in finding partners and contributors for the magazine. 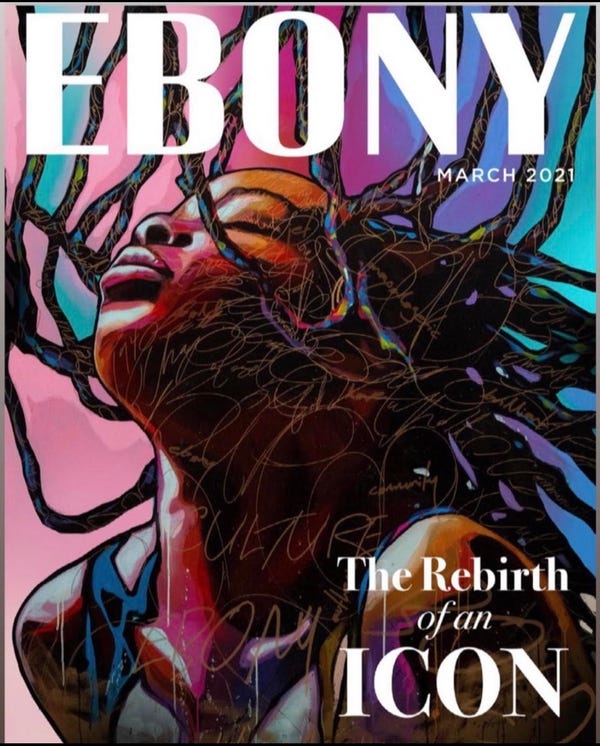 She tells Insider that throughout her years as a business professional, she’s come to appreciate the idea of servant leadership — the notion that she, as the leader, is not bigger than any entity. A title is just a title.

“You have to understand every aspect within the business,” she said. “You [have to] show up in a way that people feel they can approach you. They [must] feel that they can work with you, not only just for you.”

Purchasing the assets out of bankruptcy meant Bridgeman had an obligation to make sure her business strategies could sustain themselves, she said. And she’s been emphasizing the power of the Black dollar to advertisers, which was valued at over $1 trillion in 2019.

“You are going to want to tap into that power,” she said.

Rather than go back to print, Ebony will funnel money into the magazine’s technological expansion. “We’re a 75-year-old startup,” Bridgeman joked.”There’s plenty of room across the media space for all of us to live. We want to lift each other up.”

Ebony’s first digital cover features a painting by artist Jon Moody, which portrays a woman with her locs flowing in the air. Tanisha Ford, historian and author of “Dressed in Dreams: A Black Girl’s Love Letter to the Power of Fashion” is excited for the relaunch.

Growing up, it seemed every Black family in Ford’s life had a subscription to Ebony and Jet. Often spread out on coffee tables, the magazines became a collector’s item — a generational touchstone.

That was then, however, and Ford is curious to see how the magazine will establish brand loyalty in the modern age. 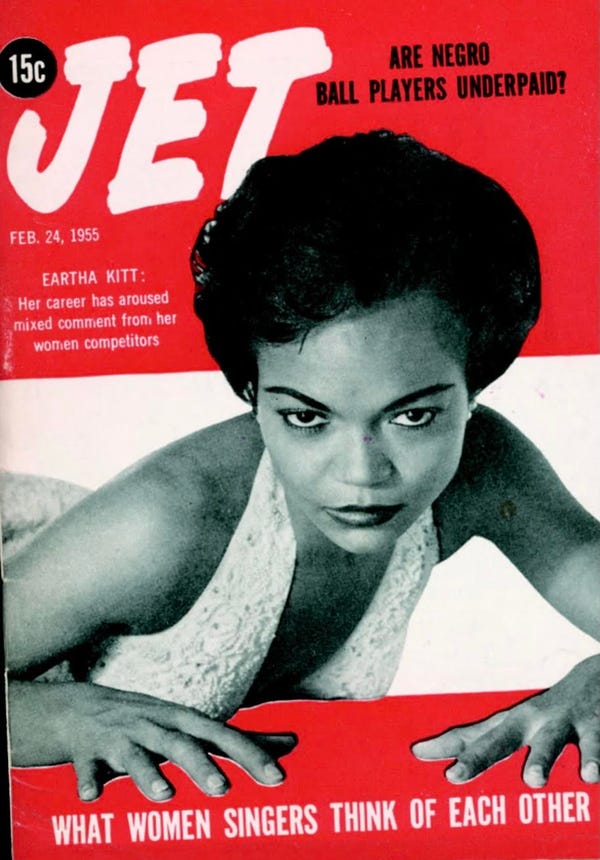 “I think about folks who are finishing high school and on the verge of college,” Ford told Insider. “It doesn’t mean the same thing for them — they don’t have the same kind of nostalgia of having an aunt pass down old Ebony magazines in the same ways that I do.”

Bridgeman was born in Los Angeles and raised in Louisville. Since 2009, she’s been working for her family’s company, Manna Inc., which owns hundreds of restaurants throughout the United States, including 130 Wendy’s locations. In 2013, she completed her MBA at Loyola University Chicago-Quinlan School of Business. She was named chief marketing officer of Manna Inc. in 2017, a position she will retain as she oversees the relaunch of Ebony and Jet.

Bridgeman wants Jet to produce fast-paced news targeted toward millennials, and there are plans to bring back its beloved Beauty of the Week section, which highlights beautiful, successful Black women.

That section was an early memory for entrepreneur Maori Karmael Holmes, founder and artistic director of BlackStar Film Festival, who also recalls seeing Ebony and Jet magazines scattered throughout the homes of both her grandmothers. Last year, Holmes launched her own print journal, Seen, which focuses on filmmaking.

She is also hopeful for the relaunch, pointing out that Ebony was essential to opening the doors of Black writers, and gave Black entrepreneurs a chance to advertise their businesses. “I hope for the next seventy-five years, it can be a relevant chronicler of Black culture,” Holmes said.

There’s a chance for that — Ebony already has a million followers on Instagram. “We want to make sure this is successful,” Bridgeman said. “We’re sitting on 75 years of history. If we aren’t able to maintain the business, then what good are we going to be for our community?”