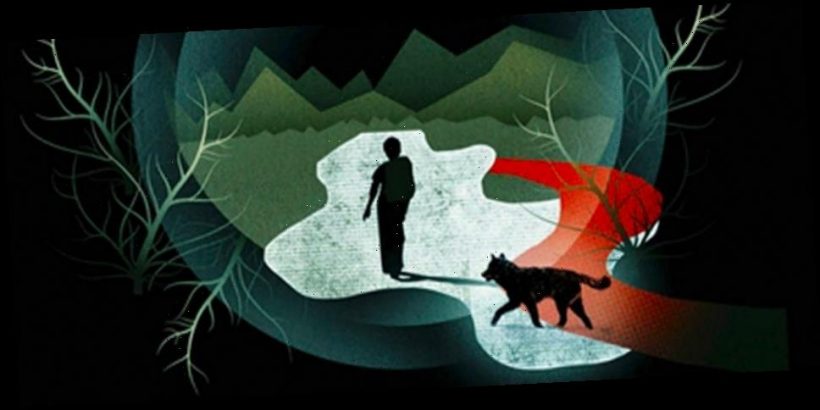 Steven Spielberg has been trying to adapt Stephen King and Peter Straub‘s fantasy-horror novel The Talisman since before it was even published. Now, all these years later and after many false starts, it looks like it’s finally happening – with the help of Netflix. Spielberg’s Amblin Television will work with Paramount Television Studios and executive producers the Duffer Brothers (Stranger Things) to bring The Talisman to Netflix, with Stranger Things writer Curtis Gwinn serving as showrunner.

THR broke the news that The Talisman is headed to Netflix. Written by Stephen King and Peter Straub and published in 1984, The Talisman is a fantasy-horror novel about a kid named Jack Sawyer who ends up in an alternate universe called the Territories. Here’s a synopsis:

Why had twelve-year-old Jack Sawyer’s mother frantically moved the two of them from Rodeo Drive to a New York City apartment to the Alhambra, a fading ocean resort and shuttered amusement park in New Hampshire? Who or what is she running from? She is dying . . . and even young Jack knows she can’t outrun death. But only he can save her—for he has been chosen to search for a prize across an epic landscape of dangers and lies, a realm of innocents and monsters, where everything Jack loves is on the line.

Steven Spielberg has been trying to turn The Talisman into something, be it a film or a TV show, since before the book was even published. Spielberg scooped up the rights to the book in 1982, two years before it hit shelves.”Spielberg fell in love with the book before it was published and persuaded Universal to buy the film rights,” Peter Straub said in 1996. “[Stephen King and I] went to the Amblin offices on the Universal lot for a long meeting during which it became clear that Spielberg had a great understanding of the story and would have made a wonderful film of the book. However, the project got shelved.”

Since then, a potential adaptation has gone through several fits and starts. At one point there was talk of a miniseries with Frank Marshall working behind-the-scenes. Later, Marshall said the project had gone from being a movie to a miniseries and then back to a movie again. In 2017, word broke that Josh Boone was going to turn The Talisman into a movie – one of several Stephen King-related projects Boone has been attached to over the years.

A year later, the Boone version appeared to be dead, but Spielberg was still talking about a movie adaptation. “Universal bought the book for me, so it wasn’t optioned. It was an outright sale of the book,” the filmmaker said. “I’ve owned the book since ’82, and I’m hoping to get this movie made in the next couple of years. I’m not committing to the project as a director, I’m just saying that it’s something that I’ve wanted to see come to theaters for the last 35 years.”

In 2019 it was announced that Handmaid’s Tale director Mike Barker would be directing a film version with Chris Sparling handling the script. But that version also never came together. Now, the project has transformed again, from a movie to a Netflix series. Stranger Things creators the Duffer Brothers will executive produce and Spielberg’s Amblin Television and Paramount Television Studios will produce. Curtis Gwinn, a writer, and executive producer on Stranger Things, will act as showrunner and writer of The Talisman series. There will no doubt be some who still wish this was being turned into a movie with Spielberg at the helm, but it’s worth celebrating the fact that Spielberg has stuck with this project for so long, and now it’s finally happening in some form.