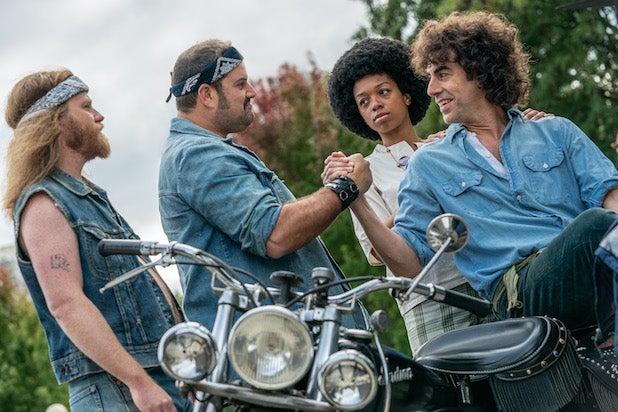 Aaron Sorkin’s “The Trial of the Chicago 7” will receive the Ensemble Tribute at this year’s Gotham Awards from the Independent Filmmaker Project.

The Ensemble Tribute was previously a juried award, but as of this year it will be a separate tribute and it will now honor the performances of a group of dynamic and noteworthy cast onscreen and celebrate their collective effort and contributions to the film’s narrative.

The Gotham Awards have already announced that Viola Davis and Chadwick Boseman would be recognized as individual performers, as would Steve McQueen and Ryan Murphy for “Small Axe” and “The Prom” and their careers respectively. McQueen will receive the Director’s Tribute, and Murphy will receive the Industry Tribute.

The film written and directed by Sorkin follows the true story of the Chicago Seven, a group of anti-Vietnam War protesters who were charged surrounding the uprising at the 1968 Democratic National Convention in Chicago, Illinois.  The film is currently available on Netflix.

“For our 30th Anniversary, we are proud to introduce a new tribute honor, recognizing excellence in an ensemble cast,” Jeffrey Sharp, executive director of IFP, said in a statement. “Starting this year and in the years to come, we look to celebrate a film that demonstrates the collaborative nature of a group performance and the effect that it has in elevating each individual, and the overall story. Each cast member of ‘The Trial of the Chicago 7’ delivers an intricate and powerful performance, and we are delighted to celebrate them and their cumulative achievement.”

The Gotham Awards are the first major awards show on the long season calendar, and this year’s ceremony will take place on January 11, 2021 in a virtual, hybrid format from the Cipriani Wall Street New York.