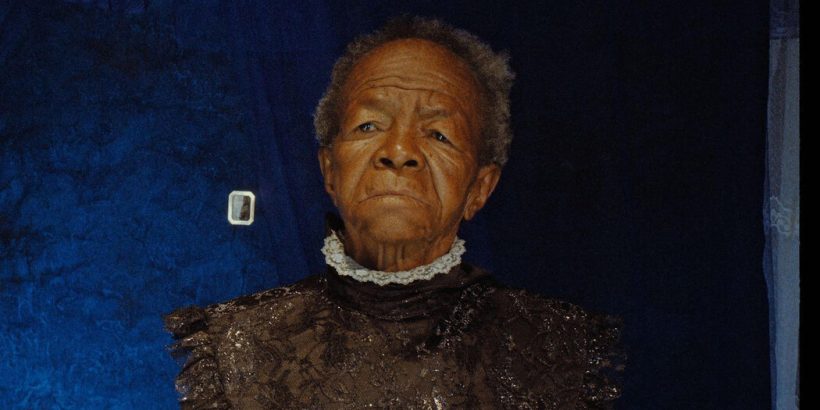 The South African actress Mary Twala Mhlongo (who died last summer at 80) becomes an avatar of grief in “This Is Not a Burial, It’s a Resurrection.” With a gorgeously wizened face that feels weighted down by all that she has seen, Mhlongo plays a widow, Mantoa, whose miner son has just died. At first she sits at night by the radio, listening to obituaries and seemingly waiting for her own maker. But she surges into indignant action when a (true-to-life) dam project threatens her village with erasure, and desecration.

Lesotho-born director Lemohang Jeremiah Mosese shoots his film as a kind of living legend, with a mix of warm-hued tableaus and hillside portraits in defiance. Mosese reaches for a knockout from the very first sequence, a narcotic pan across a hauntingly lit party scene that rests on the film’s narrator figure, playing a lesiba (a mouth-blown string instrument). Though the film cuts back to this mystery storyteller periodically, Mhlongo (who also appears in Beyoncé’s “Black Is King”) carries the movie on her shoulders with an authoritative presence.

Mantoa rallies the residents of her farming village, while weathering periods of hopelessness and bafflement. Haunted by the score’s buzzing soundscapes, the movie feels a bit blockily assembled. Its impact radiates out of Mhlongo’s discontent, whether with a priest’s pieties, or with the politician who says displaced villagers can simply exhume and bring their ancestors’ remains.

The film’s press announcement drops the word “cryptic” but, after a year of global loss from Covid-19, the need to mourn the dead properly couldn’t feel more immediate and recognizable.

This Is Not a Burial, It’s a Resurrection
Not rated. In Sesotho, with subtitles. Running time: 2 hours. In virtual cinemas.