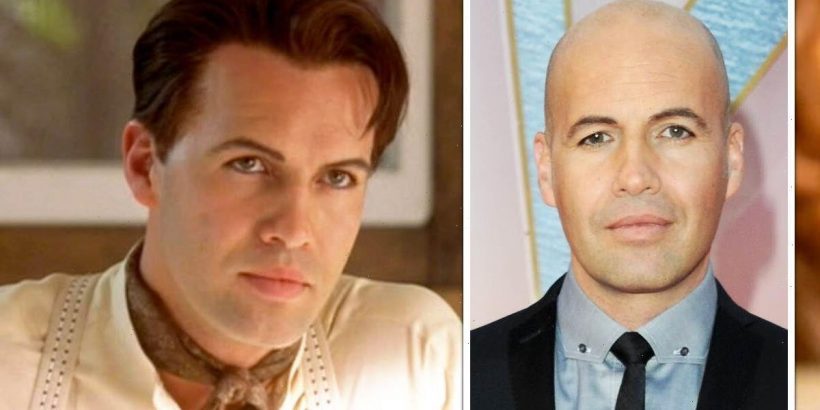 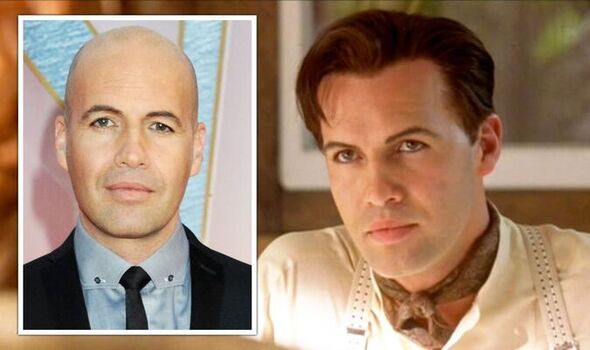 Zane played Winslet’s chauvinistic, domineering fiancé Cal Hockley, the entitled heir of a millionaire steel tycoon, and is still living with the film’s legacy. To this day, he feels he is typecast as villains, and rebuked for his actions aboard the doomed ocean liner, but has turned his passion for art – he began painting during the filming of Titanic – into a critically-acclaimed and lucrative career.

His canvases sell for up to $100,000 apiece, and he has exhibitions coming up in Sweden and at the prestigious Art Basel fair.

It’s a testament to the power of his acting that, a quarter of a century after the epic film was released this month, strangers still shout at him as he passes in the street.

“There are those who know you’re an actor and enjoy the performance, and those who quite simply think I’m a natural b*****d,” he smiles gently. “But I’m a sheep in wolf’s clothing.”

A spry, fit and tanned 56-year-old, Zane sits on a wooden bench basking in the cool California autumn sun outside the Speedy Gallery in Santa Monica, California, where his latest one-man art show is currently on display.

He could have stepped from the pages of GQ magazine: in a black turtleneck shirt, matching jeans and a herringbone tweed jacket, he nurses a cup of coffee, a giant chocolate chip biscuit, and a reputation as a man who never discusses his private life.

Yet Zane talks openly, revealing that he is looking for love after parting from the mother of his two daughters, has finally begun filming one of Hollywood’s most hotly-awaited films in which he stars as movie legend Marlon Brando, and how he continues to be haunted by the movie that made him famous.

“Titanic was a double-edged sword,” he admits, breaking apart the giant cookie in both hands. “It expanded my sphere of influence and awareness; it’s quite an international calling card. It extended my privileged access to heads of state and captains of industry who perhaps identified with that character.”

But Zane admits to also being stereotyped as a Hollywood villain, limiting the roles he was subsequently offered. “It’s like wearing a pair of golden handcuffs,” he says.

“To quote Ian Fleming: This is a mink-lined cell. Do I wish I was playing more white hat-hero roles? All the time. I’m actually making that happen by developing my own material.”

Among those is the eagerly-awaited Waltzing With Brando, for which Zane is both producer and star. The film was expected in 2017, but suffered numerous delays.

“We’ve finally started filming, and we’re finishing in March,” Zane reveals. “Because of Covid and delays we’ve had location changes: we’ve been to Fiji and Mauritius, but now we’re filming in Tahiti. I’m very happy with it. It’s moving along nicely.”

Playing Brando might be an imposing thespian mountain to climb, but Zane says: “The only way to approach it is as he would, which is like a molehill.”

He’s hardly hurting for work: Zane, whose films include Dead Calm and The Phantom, has five movies awaiting release, and seven poised to shoot. “There’s comedies I’m developing for television and film. That’s my favourite genre. I never do enough.” But he is also exploring the passion that first blossomed while filming Titanic: the life of an artist.

One of his favourites is from posh British brand Farrow & Ball, with inspiration ranging from Jackson Pollock to Wassily Kandinsky.

“The timing was perfect during the filming of Titanic for me to explore painting,” says Zane, his mellifluous voice as intoxicating as honeyed wine.

“I had time off when not filming on the Baja coast of Mexico, near a fishing village where shanties were made of an assemblage of repurposed materials. It inspired me to make art using materials close to hand: remnants of canvas, marine paint. It’s an interesting chess game with the elements, a form of new alchemy: garbage to gold.

“Acting can be improvisational, and that’s how I approach my art. Painting is very physical for me; it’s like a dance, moving across a canvas with a house-painter’s roller.” Zane’s eyebrows shoot up toward his gleaming clean-shaven dome when reminded that in a past interview he called painting a “therapeutic medium for living out both personal and universal trauma”.

“Trauma?” he asks. “I don’t see it like that. I paint from joy. My paintings are violently happy. They’re very festive. And they give me reward by way of confirmation and trust of instinct.

I love the mystery and opacity of most things, but when you pierce that veil with a decisive choice what comes through is met with beauty. I find it incredibly satisfying. It’s the physical manifestation of trusting one’s instinct.”

As befitting the star of a romantic movie classic, Zane has been romantically linked for the past 12 years with American model-actress Candice Neill, the mother of his daughters Ava, aged 11, and Gia, eight.

It was a period of romantic stability after a succession of broken romances, all with drop-dead gorgeous women: he split from actress wife Lisa Collins in 1995 after six years; became engaged to Chilean actress Leonor Varela in 1999; then engaged to wed British model-turned-actress Kelly Brook, ending in 2008; and dated Croatian model Jasmina Hdagha in 2010.

Zane reveals today that, after a decade together, he has parted from Neill and is once again looking for love.

“I’m single, and have been for a while,” he admits, happy that the artist’s mantle attracts many women. “Painting keeps a middle-aged man sexy,” he smiles mischievously. But if that were true, wouldn’t all middle-aged men be painting?

“They should!” he urges. “Note to self: pick up a brush. Being an artist gives one an allure. That’s what drew me to it, and the lifestyle. I have friends who are actors, musicians and painters; it was the painters who were pulling in more interesting partners.”

Has he ever emulated DiCaprio’s famous Titanic scene sketching a naked lover on a couch? “I can neither confirm, nor deny it,” he smiles. “But that’s why people become artists.”

Fatherhood has been a delight, he says: “It’s great. They’re awesome.” No longer with Neill, he explains: “We successfully co-parent, and have for some time.” He relishes helping his girls with their lemonade stand, and playing with his paints.

“Fatherhood changes you, I’m sure, but it seems so natural, you just do it.”

Yet with fatherhood came responsibility: he reluctantly sold his two vintage BSA Gold Star motorcycles, and limits his daredevil inclinations to a less dangerous pursuit: Frisbee.

Zane has previously confessed that in the wake of his costly divorce from ex-wife Lisa Collins he took some film roles for the money, but suggests that is no longer the case. “No, I’m doing quite well,” he says. “Take a look at the price list for my art, and you’ll understand.”

Working with materials that he finds close to hand, Zane welcomes the challenges in his art as he does in his acting, explaining: “I like to work from limitations that make one try a little harder. This is the fire that an artist needs, be it an actor or painter. I welcome the resistance.”