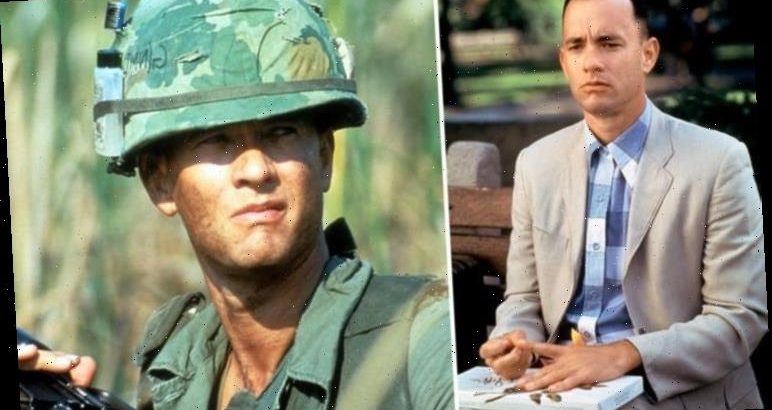 Almost 30 years ago, Tom Hanks starred in 20th century epic Forrest Gump. Despite having serious doubts about the movie while shooting with director Robert Zemeckis, the 1994 classic went on to storm the box office making over $683 million on a budget of $55 million. Not only that, but Forrest Gump was nominated for 13 Oscars, taking home six including Best Picture, Best Actor and Best Director.

Forrest Gump follows Hanks’ fictional titular character over several decades as he bumbles into historical events; having a profound impact on them and those around him.

It turns out that when Hanks first saw Forrest Gump on the big screen, there were a couple of scenes that really got to him emotionally.

According to USA Today, the star said the moments that “really broke” him were those set in the Vietnam War.

Forrest had joined the army and lost his best friend, Bubba, while only being shot in the buttock himself. 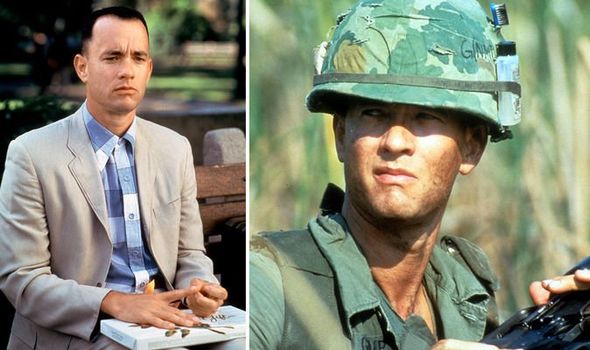 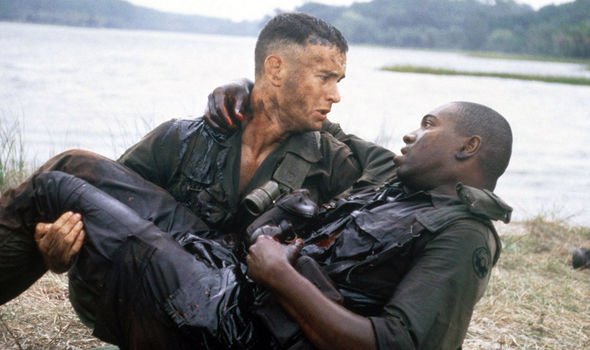 Forrest had saved his commanding officer’s life in Vietnam but Dan was annoyed with him as he had lost the use of his legs and wanted to die in the next American war just like his ancestors had.

Nevertheless, their friendship grew and they formed the Bubba Gump Shrimp Company, making a ton of money. Dan eventually thanks Forrest for saving his life and convinces him to invest in Apple computers.

Later in 1981, a rehabilitated Dan attends Forrest’s wedding in prosthetic legs with his fiancée Susan. 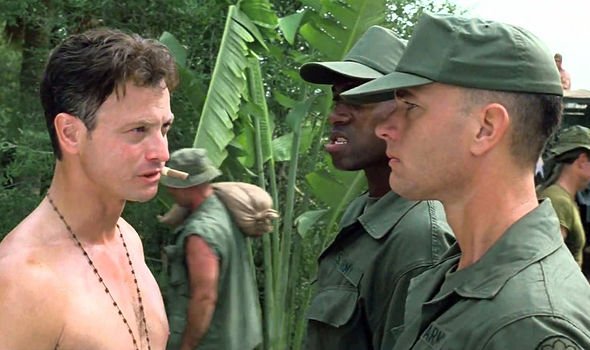 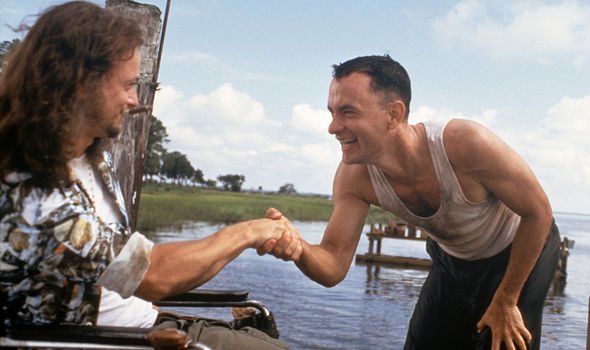 Hanks also admitted that he thinks everybody has their own relationship to Forrest Gump.

The 64-year-old said: “If you land on it, depending on what’s happening right now, you’ll kind of go, ‘Oh, I didn’t realise this was such a ‘boing’ moment the first time I saw it.’”

He added: “I’d be very suspicious of anybody who says, ‘We really need this movie now.’

“That sounds like talking points from the studio. I don’t believe that.”

Hanks has been nominated for six acting Oscars, having won one for Forrest Gump and the other the year before for Philadelphia.

He may well be up for Best Actor again this year having stunned in Paul Greengrass’ Western News of the World, which hits Netflix on February 10.

While later on in 2021 he stars in sci-fi drama BIOS about an ailing inventor who is the last man on Earth.

Named Finch, he builds an android to keep him and his dog company as they travel across the US together.

Then, in November, Hanks stars in the Elvis biopic as The King’s manager Colonel Tom Parker.

Baz Luhrmann is directing the Warner Bros movie which will chart Elvis’ career between the fifties and seventies.

The Elvis biopic will focus on The King’s relationship with The Colonel and his wife Priscilla Presley.

Considering it’s released in late 2021 and is a musical biopic of a dead star, no doubt this film too will receive much Oscars buzz.