Frightening movies help fans gain a “new understanding,” says the veteran star of scary stories, including the new “Tales From the Hood 3.” 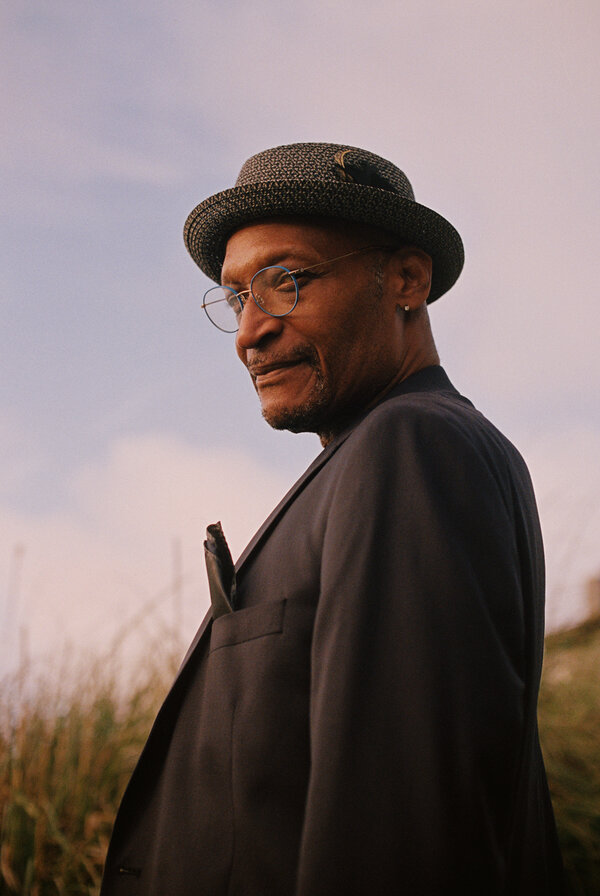 Tony Todd, the veteran horror star, has found himself in an unusual state: He’s scared. But not of what comes after you say “Candyman” five times in the mirror or of the frights in his myriad other films, like “Final Destination,” that keep his fans up at night. He’s afraid for the fate of live performance amid the pandemic. “Opera, dance, ballet, museums, everything,” Todd said on a phone call from his Los Angeles home, where he’s been quarantined. “I worry about a world without culture at some point.”

It’s a pressing concern for Todd, 65, who earned a master’s degree from the Trinity Repertory Company, studied at the Eugene O’Neill Theater Center and started in political theater. He still has friends who perform live, many of them blues musicians now living, as he described it, “hand-to-mouth.” And before the world went sideways, the actor could return to theater, “which is my first love,” between making movies.

But despite the dismal circumstances, Todd feels inspired: “From the ashes, if ‘Candyman’ can resurrect after 30 years, anything is possible.” Next year, he’ll be seen reprising his title role from the 1992 classic “Candyman” for the director Nia DaCosta’s remake (its release date was delayed because of Covid-19). He is also back haunting audiences in “Tales From the Hood 3,” an anthology horror film that premiered on Syfy this month and is available on major streaming platforms as well. 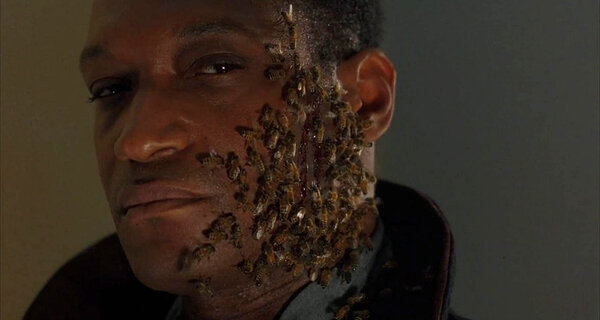 Written and directed by Rusty Cundieff and Darin Scott, this installment in the horror franchise finds Todd playing a quiet villain with a 6-year-old (Sage Arrindell) in tow as they try to escape an unseen evil outside. She tells scary stories to divert her mind from the danger ahead of them.

Todd discussed creating horror in the age of social consciousness, fighting for inclusion in and out of the arts world, and how he feels about being known as the king of Black horror. Here are edited excerpts from our conversation.

“Tales From the Hood 3” covers gentrification, racism and the dangerous costs of fame. Do you consider horror a space where ills against Black people can be avenged?

Absolutely. Horror always opens the question of what frightens us truly, right? The better films always present that in a scathing way that people come out of with new understanding. I don’t want to use the word “fun,” but “Tales From the Hood 3” is also cloaked in a comic book style that allows people to maybe get in.

It’s interesting that you mention its accessibility, because many people who are not fans of horror seem more drawn to the genre these days because it mirrors real-world fears.

With what we’ve gone through this year with the pandemic, a lot of writers are holed up. I think in two years we’re going to have some extraordinary work come out of this. Bernard Rose [the 1992 “Candyman” writer-director] and I had been working on a project at the start of the pandemic. We ended shooting on the first weekend of the George Floyd protests. So we opened with the emptiness of L.A., in kind of a film noir style.

Have you gone to any of the protests?

Yeah. My daughter did, too. Not heavily because I can’t afford to get arrested. But I’ve always been very socially conscious. The first job I got was with a political theater group called Modern Times Theater. It was my first time traveling the world doing theater.

How do you feel about the recent calls for inclusion in the theater community?

Well, as much as I love theater, every time I’m called to do an August Wilson play, I say, “What is our donor base?” And invariably it’s less representative than the world we live in. It always bothered me. If there’s 800 seats, I’d maybe count 10 Black people. I always tried to push back. Particularly if the plays are about the people that are excluded, you need to figure a way to make it more profitable and less expensive. If it’s not there on a corporate level, writers have to figure out a way to find the space and let people know that they’re telling stories about ourselves.

What keeps you coming back to horror?

Well, I didn’t get my master’s saying, “I want to be a horror film star.” I just wanted to be a good actor. If you look at my résumé, horror’s been 30 percent of it. My friend Stan Shaw says, “In Hollywood, if you play a certain color vividly” — [laughs] — “they’re not interested in you straying away from the rainbow.” So, I keep going back to theater because whenever it gets too boring or repetitive, I tell my people to seek out some theater.

Unfortunately, this year so many artists in New York City are without that platform. I worry because they don’t have the normal fallback positions of bartending and waitering anymore. But we will get stronger and come back more vibrantly than ever.

Since you have such a variety of experience, how do you feel about being known as the king of Black horror?

I don’t mind. You can label me however you want. I know who I am. As long as they pay the bills and for my daughter’s grad-school education, I’m fine. Horror fans are the most ferocious fan base there is. That allows for a lot of personal appearances and celebrating a genre that’s sort of kicked to the side but also passionately adored — so I don’t see it as a secondhand citizenship. I have outside interests; I’m not worried about being pigeonholed.

It was a joy. I’m proud of “Candyman.” If I had never done another horror film, I could live with that, and I’d carry this character. I thought he would disappear. After 30 years, we’re back with a fascinating, powerful new chapter. Nia DaCosta will bring that femininity to a darkness, which is great. And we’re back in Cabrini-Green, which was no longer Cabrini-Green. Gentrification. [The towers of the Chicago housing project where the original movie had been set were razed.]

DaCosta is one of very few Black female horror filmmakers right now. Coming up at a time when that was almost inconceivable — —

No, it was almost nonexistent. When I started in this business, I would show up on set and not only would I be the only Black actor, I would be the only Black person in jobs that anybody should have the opportunity to do if it wasn’t for nepotism. Now it’s changed. I would go on set and the entire transportation department and hair and makeup were people that looked like me and knew how to apply makeup to me. [Laughs] And light me, OK? Just the joy that occurred, finally being allowed to the dance.

So, do you feel invigorated by the fact that more Black women are taking up space in horror?

Absolutely. We’re a cosmopolitan society with many different shades and nationalities. Sometimes we lose sight of that in the quest to make America great again, whatever that means. So maybe things will calm down politically by this time next year and we’ll find a vaccine, get back on a plane without a possible horror situation. Because if I see somebody without a mask and he starts to cough, that’s it. After 9/11, we used to watch everybody that was different from us. Now the enemy may be ourselves.