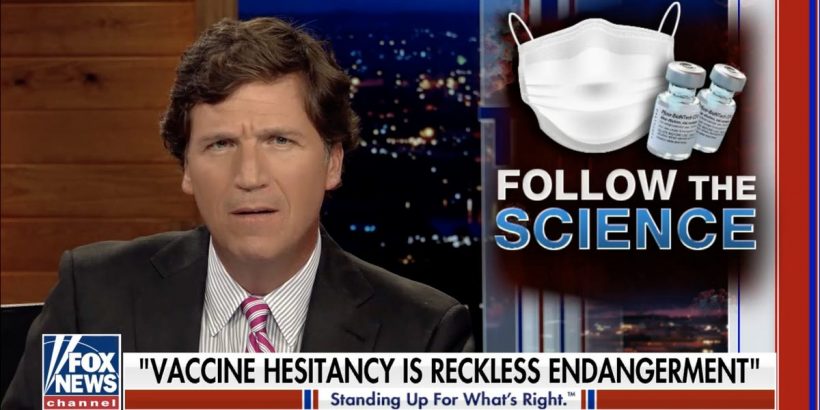 While Reid, who is Black, has used her platform on MSNBC to discuss stories about race, Carlson’s segment Tuesday had nothing to do with race.

Carlson began the segment by playing a clip of Rochelle Walensky, the director of the Centers for Disease Control and Prevention. In the clip, Walensky said that the continued wearing of face masks in public among vaccinated people is, in part, a measure to protect people who are unvaccinated.

Read more: What would putting Trump on trial even look like? Lawyers and government officials described a true media circus, competing protests, and heightened security

“The vaccine is now universally available,” Carlson said. “Anyone can get it, but because some people have chosen not to get the vaccine, the rest of us must continue to live as if we haven’t gotten the vaccine either.

“How do we fix the problem?” Carlson asked, before introducing a clip from Reid’s MSNBC show “The ReidOut” that aired April 23.

“Here’s the race lady from MSNBC finally putting her Harvard degree to work,” Carlson said, referring to Reid. “It’s simple she said — just charge people who don’t get the vaccine with felonies.”

During the clip from April 23, Reid did not say unvaccinated people should be charged with felonies but said vaccine hesitancy reminded her of “reckless endangerment,” a felony charge.

After the clip, Carlson appeared back on screen and once again used the same phrase to refer to Reid.

Representatives for Fox News and MSNBC did not immediately return Insider’s requests for comment Wednesday.

Reid also addressed Carlson during the Tuesday night episode of “The ReidOut.” She called him a “male Karen” for his suggestion that people should call the police when children are seen wearing face masks in public.