The new psychological horror from Oscar-winner Jordan Peele is released today. Us, stars Lupita Nyong’o as Adelaide who goes on holiday with her husband and two kids. However, the family is suddenly attacked by their doppelgängers who are bent on murdering them. WARNING SPOILERS FOR US AHEAD.

Did you see that big twist coming? Right at the end of Us we learn that Adelaide was really Red all along.

Back in 1986 the Tethered girl – one of the millions of abandoned soulless clones in the tunnels underneath the continental USA – switched places with the real Adelaide.

This explains why the real Red couldn’t talk when reunited with her parents and why she was terrified that the real Adelaide would be back to seek her revenge.

Being the only one who could talk underground, the real Adelaide broke free from mirroring their above-ground counterparts and mobilised the Tethered to make a statement on the surface.

READ EXPRESS.CO.UK’S REVIEW OF US HERE 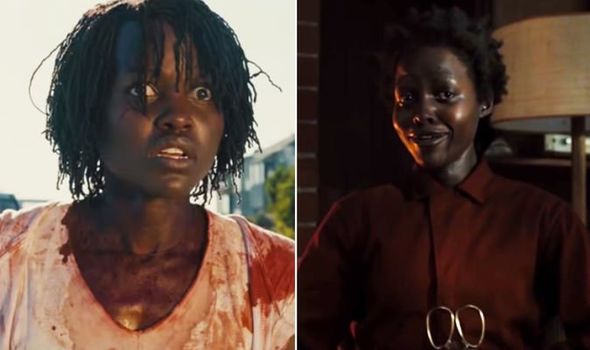 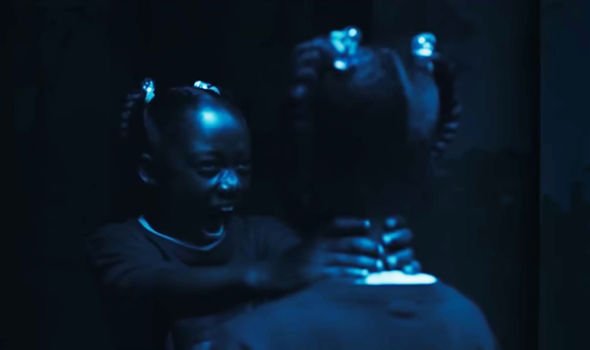 Each Tethered would seek out and murder their doppelgänger and then unite for Hands Across America, which was a real charity event in 1986 – as seen in the film’s opening – that raised money to fight hunger, homelessness and poverty.

Peele told Den of Geek last year that Us isn’t so much about race, as it is about what it means to be an American – the haves and have nots – in terms of income inequality.

If anything, the good/bad dynamic of Red and Adelaide left the characters in a much greyer light then audiences might have initially suspected, implying that really there is no difference between the surface people and the Tethered.

As for the Jeremiah 11:11 references, the Bible verse most obviously mirrors itself like a doppelgänger – and was seen as the time just before the Tethered attacked.

As for the Old Testament book’s verse, it reads (in the English Standard Version): “Therefore, thus says the Lord, Behold, I am bringing disaster upon them that they cannot escape. Though they cry to me, I will not listen to them.”

FIRST REACTIONS TO US: HOW SCARY IS IT? 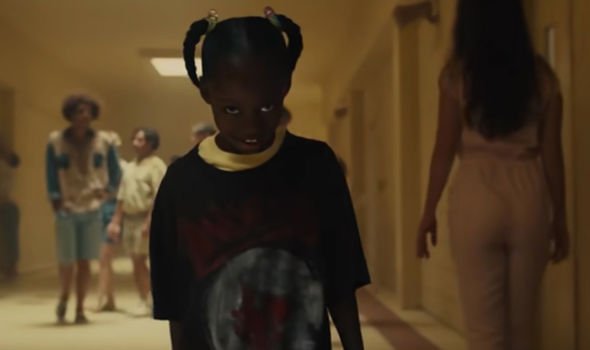 In the context of the book, God is angry with his people the Jews – who he freed from slavery in Egypt – for turning away from him to sin and idols, despite his grace and provision.

Therefore, the prophet Jeremiah foretells of the future event of the Babylonian King Nebuchadnezzar taking Israel into exile in 597 BC as judgement.

So what does this mean for the plot of Us? Well, presumably it refers to the sin of the real Red switching places with the real Adelaide.

The latter went on to unleash her bloody – and righteous? – wrath in the Tethered’s attack and Hands Across America revolution.

Us is out now in UK cinemas.