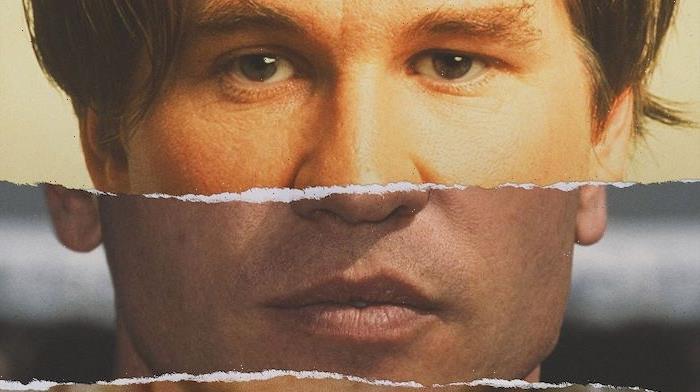 Val is perhaps the closest audiences will ever get to actor Val Kilmer. The documentary is pulled from thousands of hours of Kilmer’s personal footage, spanning decades and covering his life on and off movie sets. Kilmer wants to let people inside his life, and as the documentary reveals, he’s always strived to do so with his career.

According to co-directors Leo Scott and Ting Poo, nothing was off-limits. The two filmmakers wanted to tell a story about what it’s like (as Kilmer says in-character as Mark Twain) to “Find the thing that you love and someone will pay your wages for it.” Val shows the ups and downs of that specific journey, but as the two filmmakers told us during a recent interview, there may be more stories to tell in the future.

With all the footage at your disposal, what vital qualities were needed for moments to make the final cut, to tell the story as both of you saw it?

Ting Poo: There was so much good stuff, but we had to be strict about what we included in terms of those seminal roles and the seminal moments in his life that evolved him as an actor. And also, the things that affected who he is as a human. So while there were amazing, lovely scenes like a road trip to New Mexico that he takes with John Gries after Real Genius, and amazing little mini-movies within, we had to stick to the things that would evolve those main themes.

Val Kilmer said he sees this as a movie, not a documentary. As a protagonist, he’s fascinating, just having this intensity but goofiness about him. As a character, what fascinated the two of you about him?

Leo Scott: Well, there are just so many layers of Val as a person and he is hard to even describe. We wanted the film to reflect those layers, and as you watch the film, you understand him, who he is from his craft to his sense of humor, to him as a father, and his wisdom, his spirituality. All these different things make up who he is. In the film, we are inspired a little bit by these scrapbooks which Val keeps and has done for the last couple of decades. We follow this idea of a scrapbook approach to filmmaking to help show these different angles of Val and how they are juxtaposing against each other to create the man he is.

He comes across as just an artist not always gelling with the Hollywood machine.

Ting Poo: Yeah, I mean, you see the same intensity and artistic drive from the time he’s playing Scrooge on stage when he’s seven to going through the Hollywood machine. I think in the movie there is a bit of that. A bit of what happens when the spirit is confronted with different situations.

He had 200 hours of footage from Red Planet, right? Did you both watch all of it?

Ting Poo: To be honest, we tried to do it. That is the one piece that probably I didn’t watch every single frame from. It was a multi-camera shoot of behind the scenes and also like three different DV cameras, two HD cameras, and at a certain point, we were like, “We need some help.” So we had an assistant come in and bring it down to about eight hours of selects to go through. We had a whole scene cut around that film, too, but it didn’t make the cut.

Leo Scott: There’s an incredible scene, but it wasn’t just Val, it wasn’t just shooting himself. He was actually making a documentary around that film, about the planet itself. A lot of time there are rough edits of documentaries within the archive, things he had been working on over the years that we had access to.

What was the incredible scene?

Leo Scott: Oh, it was just like we made a seven minutes sequence of that experience of Red Planet. If you included everything, the film would have been three or four hours long.

Have there been any discussions about whether more projects could be made with all that footage?

Leo Scott: Absolutely, yeah. There are other films, this is like a life story, but there are other films within in the archive. You could make the Mark Twain film, which is something we started years ago, an explanation of creating the character of Mark Twain. There’s a film in there. There’s an incredible film, a potential film, about his younger brother, Wesley. I mean, he made this incredible little film [as a kid]. Van lost his brother in the ’70s. There are other films in there and could still be. There was a lot of stuff around Wonderland, as well. When he was filming Wonderland he was incredibly hardworking on that film and really dove into the John Holmes character. But again, it was like another thing that we ended up streamlining in the end.

Kilmer’s early and mid-2000s movies are streamlined in the narrative. Was that just a matter of, again, time?

Leo Scott: It kind of was, really. Also, we’re playing to the strength of the footage as well. Some things you have more of, early on no one had a video camera. You see Kevin Bacon say in 1981, “Is that a real video camera, Val?” And it was so unusual then, and Val was very sort of dedicated to recording these important moments. Later on, there was a lot more filming going on set, anyway. And at that point sometimes he would be making his own film during the film, for instance, like on Red Planet.

But it was like a life thing, because at that point in his career and going into act three, we really wanted to get through Twain to pay tribute to the project. It was like his masterpiece that he had been working on for 10 years. So that’s some of what was behind the decision-making.

He’s fantastic in Spartan and Kiss Kiss Bang Bang. Was there much footage from those films?

Ting Poo: Not a lot from those two. He loves Kiss Kiss Bang Bang, too. It’s not just one of his favorite films, but experiences working on a film.

It’s still surreal watching him as Jim Morrison, just how close he got to him. What was it like witnessing the full scope of how deep he went into that performance?

Leo Scott: Oh yeah, it was incredible with The Doors. He spent a year on that role and learning how to move like Jim and talk like him, but also sing. He learned all the songs and he mastered executing them perfectly to the point where even The Doors members couldn’t even tell if it was Jim or Val. What’s interesting about that character is, to a lot of people, is actually when they think of Jim Morrison, they actually think of Val Kilmer first.

Ting Poo: What I love about that film, too, is that all his drive of trying to get these characters, like trying to get a role in Full Metal Jacket and a role in Goodfellas. He didn’t give up and when he saw something and saw a character that he thought would change him or evolve him as an actor, he kept going for it. It finally paid off in that movie, and I think undeniably he is, for me, Jim Morrison. He is Jim Morrison, I think of the poster of Val as Jim Morrison on my wall. It’s just rewarding that that kind of determination finally paid off.

One intense scene is him and director John Frankenheimer going at it [on the set of The Island of Dr. Moreau]. When you first saw that, did you know it had to go in the movie?

Ting Poo: It was intense. I think it was more intense for us than it was for Val. The first time we cut together that scene, it was twice the length that it is now, but at the same intensity. We were very nervous in a way to share it with Val, and we kept trying to preface it and be like, “This is our first cut of it, but …” But he’s so great at reading people, he could tell these guys are worried about something. When we sat down and played it for him, and he looks over, and he was like, “Is that it? Is that what you were worried about?” He was very cool about it. I mean, that footage was obviously extraordinary. There were hours and hours of it. You can feel the frustrations of everyone. It was one of those films that was doomed.

With that section of the film and other scenes, obviously, you touch on his reputation as being difficult, but it’s not a major focus. In making the film, did you both decide his life is just so much bigger than that reputation or headlines?

Ting Poo: That’s exactly how we felt because he is such an evolved human being. We didn’t shy away from including some of the hearsay around it. What we thought was most special about what we had was an opportunity to show him as a person, and sort of the context within of why these situations might be the way they are, and they’re difficult for everyone. You know him as a human being who has super-high standards, who’s incredibly dedicated to what he does. That’s what we really wanted to show.

Was anything off-limits? The Comic-Con scene, for example, is such an intensely vulnerable moment.

Leo Scott: Nothing was off-limits, and in Comic-Con in London, you know, he was fine about continuing to film. He was sick that day, but he is incredibly brave to show the vulnerable moments as well as the comedic ones and the career moments.

Val Kilmer makes clear what he wants to say with the doc in the end, but what did you both want to say?

Ting Poo: What we wanted the ultimate takeaway to be is what Twain says in the end, which is, “Find the thing that you love and someone will pay your wages for it.” It’s an inspirational movie about someone that loved something so much and worked hard his whole life at it. Storytelling and art is something that was not only his career, but it’s the thing that heals him as well, and the thing that connects him to other people.