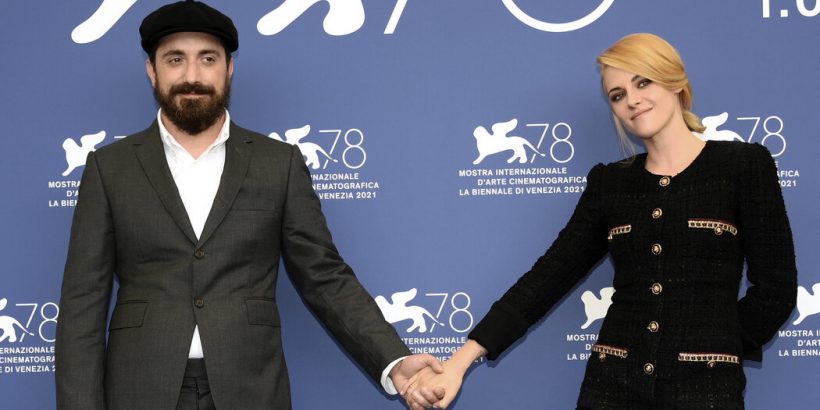 The actress has been an ambassador for Chanel since 2013, when she was fresh off the “Twilight” series. At first blush, it might have seemed like a bad pairing: In her off-hours, the insouciant Stewart is more of a jeans-and-Converse type, while Chanel is high-end clothing that can verge, without the proper styling, on prim and fusty.

But something fascinating happens when Stewart dons those tweed jackets. Because they aren’t a natural fit for her, she wears them more provocatively: Sometimes they’re slung over her shoulders with the casual cool of a leather jacket, or they’re fastened only at the top with nothing on underneath. Instead of becoming the classic ideal of a Chanel woman, Stewart wrests that ideal toward her, and the distance that remains between those two extremes is the thing that catches and keeps your eye.

Something rather similar happens in “Spencer,” in which Stewart plays Princess Diana. Already, your mind may be reeling at that potentially calamitous collision of famous figures: A slouchy American star as the people’s princess of Wales? How can an iconoclast like Stewart play the icon that was Diana?

The tip-off comes early, during the film’s opening sequence. It’s Christmas Eve at Sandringham House, where the royal family has gone to spend the holidays. Their breakfasts, lunches and dinners will be executed with all the precision of a military maneuver because … well, it literally is a military maneuver, with soldiers pressed into service to transport fresh produce and lobsters to Sandringham in camo-clad trucks.

Meanwhile, as the kitchen staff is standing at firm attention, Princess Diana is lost. We meet her in a BMW convertible as she stares at her map, miles off course in the countryside with no security detail to keep her on track. Her first line includes a muttered expletive and her next, offered to a star-struck roadside clerk, is both plain and plaintive: “Where am I?” Once she gets to Sandringham, she’ll be even more lost.

So if you’re wondering how a star like Stewart fits into a British drawing-room drama, the answer is that she’s not really supposed to: Diana doesn’t, after all. The princess goes to great lengths to avoid the rest of the royal family, but Stewart as Diana thrives in those encounters, when the contrast between her and the stiff-lipped British cast becomes so palpable that she’s reduced to a trembling mess.

Does Stewart nail the voice, the accent, the posture, the star quality? Well, it’s not really one-to-one accuracy that compels us while watching “Spencer”: As with those Chanel jackets, Stewart is pulled toward Diana and Diana is pulled toward her. The actress is working in a different, higher voice register here, and she’s incorporated some of Diana’s physical tics into her own repertoire, including the way the princess would tuck her chin into her shoulder, her upturned eyes either fearful or coy depending on who’s looking.

This Diana is not quite as girlish as the one Emma Corrin played on the recent fourth season of “The Crown”; in fact, “Spencer” is set in 1991 (a year after the period covered in that season), when Diana’s marriage to Prince Charles has pretty much disintegrated. At this point in her life, Diana is an uneasy contradiction, both hardened and more vulnerable than ever. The princess has a tendency to rant about her situation to people she’s just met, all the while clutching at the string of jumbo pearls that ring her neck like a padlocked collar.

This is fertile, febrile territory for the director Pablo Larraín, who explored the customs of American royalty in “Jackie” (2016), starring Natalie Portman. As the former first lady Jackie Kennedy, Portman eschewed her usual naturalism to work with bolder colors, turning in the sort of astonishing, go-for-broke performance that could also be reproduced note-for-note as a Snatch Game character on “RuPaul’s Drag Race.”

Stewart’s performance isn’t nearly as campy, though the movie around her often tilts in that direction. Larraín has an artful eye but a mind for melodrama, and the script by Steven Knight so relentlessly underlines its metaphors that it can sometimes flirt with parody. It’s not enough for Diana to flip through a book about Anne Boleyn, another royal wife done wrong; by the end of the film, Diana’s hallucinating absurd visions of Boleyn that prompted a few titters at Friday’s “Spencer” press screening.

But Stewart always proves to be a grounding presence, no matter how lost Diana gets. The more the movie goes on, the more her casting even seems like a meta stroke of genius: Stewart is one of the few people on the planet who has known paparazzi scrutiny that is even somewhat comparable to the fusillade of flashbulbs that hounded Diana until her death. If Diana doesn’t always want to come out of her room, you can imagine that Stewart has felt those feelings, too: Whether she plays the game or not, there’s no real way to win.

I’ll let accent experts decide whether Stewart’s British tongue is in the right place; to me, her intentions always were. In “Spencer,” much is made of Diana’s dresses, which she is supposed to wear in a certain order to certain events; of course, she immediately disregards those rules, letting what she wears be guided by gut feeling. Is it proper? Is it accurate? Well, who cares when it’s all so interesting?