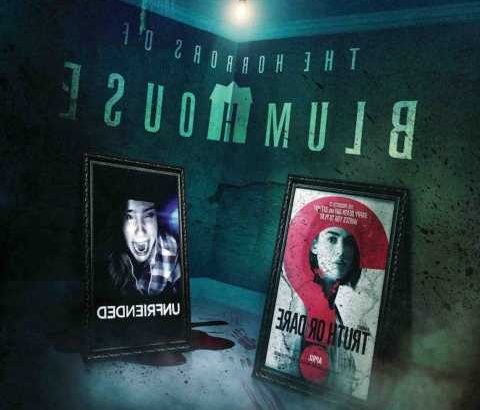 We’re still a little over a month from the official start of Spooky Season, but that doesn’t mean we can’t start getting prepared. Netflix and Hulu have seen significant success in the past with their original scary movies and shows. Netflix and Chills, along with Huluween, give subscribers new original horror content throughout October. Last year, Amazon got in on the action with Blumhouse Productions Welcome to the Blumhouse.

The streaming service offered up four original horror movies, each released a week apart in October. Yesterday it was confirmed it would continue the tradition and plan on releasing four new films this year.

What is ‘Welcome to the Blumhouse’?

Last year’s series consisted of The Lie, Evil Eye, Black Box, and Nocturne. The Lie stars Joey King, Peter Saarsgard, and Mireille Enos and feels closer to a taut drama than a horror movie. The plot and characters were enough to keep the audience intrigued, however.

Evil Eye landed firmly in horror territory with its story of a mother trying to keep her daughter safe from reincarnated evil. Sarita Choudhury, Sunita Mani, and Omar Maskati star in the film.

Nocturne, starring The White Lotus’ Sydney Sweeney, revolves around a gifted pianist who makes a Faustian deal to get in the spotlight instead of her older sister. Finally, Black Box features Mamoudou Athie as a devastated father and husband who just lost his wife and daughter to a car accident. He chooses to undergo an experimental treatment that causes him to wonder who he actually is.

The movies in this year’s series

Bingo Hell is the first in the new series. Directed by Gigi Saul Guerrero, this film focuses on a bingo hall and the gentrification of a local neighborhood. The elderly citizens team up to fight the man trying to run them from their homes, but they discover something much more sinister hiding under the bingo hall.

Also released on Oct. 1 is Black Night; Mariette Lee Go will direct this film. Paste describes this as more of a horror/action hybrid about “a resourceful teenage girl leaves childhood behind when she battles a group of deadly vampires.”

On Oct. 8, subscribers will gain access to Madres and The Manor. The former tells the story of a young Mexican-American couple. They stumble upon a dark talisman at their new home in California. The Manor stars Barbara Hershey as a nursing home resident. Her character has nightmarish visions and is convinced the assisted living facility is haunted.

Where to stream ‘Welcome to the Blumhouse’

The series is a great way to spotlight indie horror movies that might get overshadowed by some of the heavy hitters in a theater release. The film will be exclusively available to subscribers of Amazon Prime in October, but last year’s offerings are still available. Besides, any true horror fan knows, it’s never too early to start celebrating Spooky Season.