Having created characters that went on to help catapult the blockbuster careers of actors like Jackman, Ryan Reynolds, Halle Berry and many more, Lee's passing has generated an outpouring of gratitude.

"We've lost a creative genius," wrote Jackman, who played Lee's Wolverine in nine X-Men films. "Stan Lee was a pioneering force in the superhero universe. I'm proud to have been a small part of his legacy and… to have helped bring one of his characters to life."

Mark Ruffalo, who took on the role of Bruce Banner – aka The Hulk – in six Marvel films, described it as a "sad, sad day".

"Rest in power, uncle Stan," he said. "You have made the world a better place through the power of modern mythology and your love of this messy business of being human." 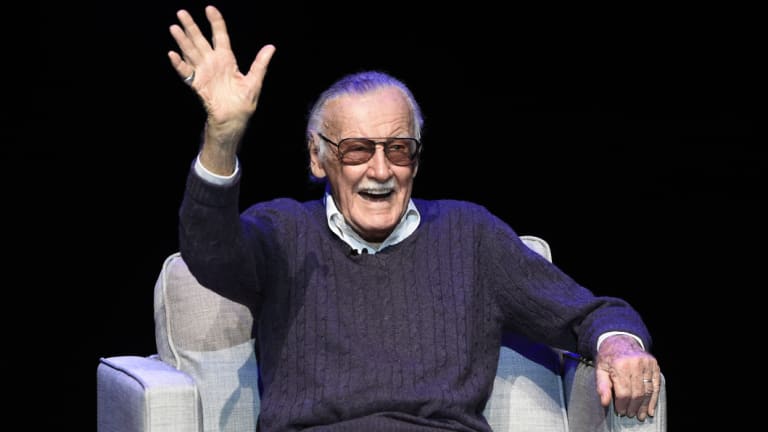 Robert Downey Jr., whose career comeback took an unmistakeable trajectory when he was cast as titular character Tony Stark in 2008's Iron Man, kept his message short, but revealed just how big an effect Lee had on his life.

"I owe it all to you. Rest in peace, Stan," he wrote, followed by #legend and #TeamStark.

Others wrote of their admiration for his longevity, and the enormous impact he and his work had on pop culture as a whole. Lee, who first dreamed up his superheroes in the 1960s, was described as "everything he hoped you would be and more" by Stars Wars' Mark Hamill and a "happy huckster" by author Neil Gaimin.

"I was first interviewed for Stan Lee's obituary about 20 years ago. I was happy he defied the reaper and carried on," Gaiman wrote on Twitter. "With Stan gone, an era really does come to an end. He was the happy huckster that comics needed. And he really did alliterate like that when you talked to him."

The most fitting tribute, perhaps, came from Marvel Studios boss Kevin Feige, who says Lee has left "an extraordinary legacy that will outlive us all".

"No one has had more of an impact on my career and everything we do at Marvel Studios than Stan Lee," Feige said. "Our thoughts are with his daughter, his family, and his millions of fans."