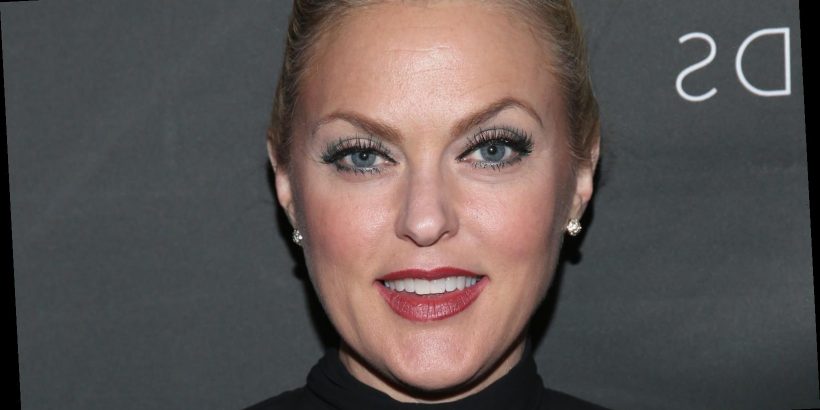 Many people know actor Elaine Hendrix for her role as the infamous Meredith Blake in the 1998 remake of The Parent Trap starring Lindsay Lohan. The movie came out more than 20 years ago, so hopefully it’s no spoiler that things do not go her way at the end of the film.

In an interview with Vanity Fair from June 2019, Hendrix joined co-star Lisa Ann Walter, who played the lovable Chessy in the film, and they admitted they had a crush on co-star Dennis Quaid, who was also Hendrix’s beau in the movie. “You know what would happen?” Hendrix said. “He would be Mr. Melt-you-with-his-smile one minute — and then you’d go have lunch with him, and he’d walk away, and he’s had half his lunch on his shirt because he’s such a dude.” Despite the messy eating, Hendrix admitted, Quaid’s behavior “made him even all the more charming.”

Although the wicked (almost) stepmother to Lohan’s characters did not end up with the perfect man, she has been up to a lot since the movie’s release, and we are going to give you the 411 with what she is up to today.

Since the release of the film, Elaine Hendrix has stayed busy with acting gigs. Following the success of the film, she went on to star opposite Molly Shannon in the film Superstar as an evil cheerleader — very on-brand. She went on to appear in numerous television shows, such as Charmed, ER, 90210, and most recently, she appeared on the reboot of the nighttime soap opera Dynasty.

Aside from her work in film, off-screen Hendrix is passionate about helping animals. In fact, it even says so in her Twitter handle, @elaine4animals. In an interview with Modern Dog magazine, she explained that she has two full-time jobs: “I’m an actress full-time and I’m an animal activist full-time,” she said. Hendrix also explained that her mission to help animals started after seeing footage of an undercover investigation into fur operation.

“I doubled over as if someone kicked me in the stomach,” she recalled. “I started crying uncontrollably — I was freaking out. From that moment I knew I needed to do something.” From then on, she turned vegan and eliminated products that harmed animals from her life entirely. “If you’re my friend, you love animals, that’s pretty much how it goes,” she added. “That’s how it has to be.”

Although she has enjoyed a fulfilling and busy career both on- and off-screen, it seems Elaine Hendrix cannot let Meredith Blake or the film go —  and how could we blame her?

Throughout the years, Hendrix has continued to come back to her 1998 character. In 2015, Hendrix recreated a scene from The Parent Trap with her co-star Liz Gillies from the show Sex & Drugs & Rock & Roll. Then, in 2018, Hendrix took to Twitter to pay tribute to her character in celebration of the film’s 20th anniversary, revealing the iconic lines she tries to live by. “Being young and beautiful is not a crime you know. (Doing my best Meredith Blake.) #ParentTrap20 #ForYour411,” she wrote.

Even today, it seems she still has fun teasing her cast mates about the film. In October, 2019, when news broke that her co-star Dennis Quaid got engaged to Laura Savoie — someone many fans compared to Meredith thanks to her blonde locks and youthful nature (Savoie is 39 years Quaid’s junior) — Hendrix took to Twitter to poke fun at her former on-screen love interest. “Watch out for those twins,” she teased (via US Weekly).

When Elaine Hendrix isn’t recreating her iconic scenes, you can find her hanging out with her The Parent Trap co-star Lisa Ann Walter, better known as Chessy to diehard fans of the film. In the same interview with Vanity Fair, Walter opened up about her longtime BFF.

“Elaine is family,” she said. “She knows all my kids, and we don’t need anybody else. We have each other. Elaine’s my sister now; I adopted her.”

In an interview with TODAY from 2018, Hendrix and Walter looked back on the film for its 20th anniversary. During the interview, Walter talked about how the reason they connected was that they had to shoot everything twice since Lindsay Lohan portrayed two characters and, because that concept was so new at the time, shooting often took a while, which gave Hendrix and Walter a lot of “free time” to connect.

“Part of the reason we became best friends on that set is we spent a lot of time creating fun for ourselves back in the trailers while we waited for set-ups to happen,” Walter explained. It’s almost impossible for her (and us!) to forget her iconic role, and that’s most definitely not a crime.