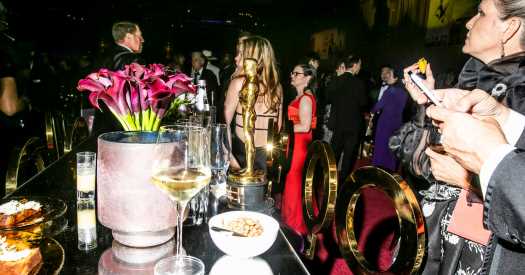 It’s an unusually wide open year for the Academy Awards. But our expert has a good idea about what will make the cut. Here are his projections. 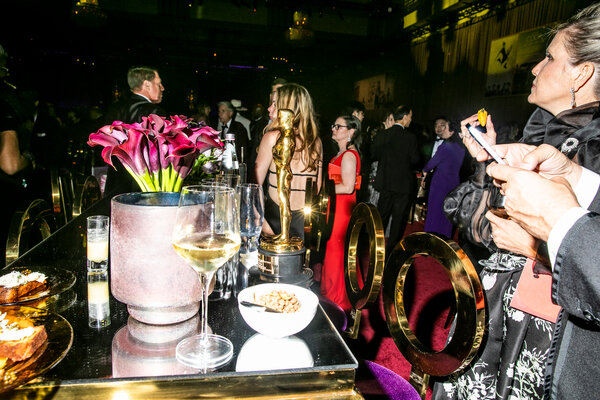 When it comes to the Oscar nominations, which will be announced on Tuesday, I would advise you to expect the unexpected: This is an unusually fluid awards season, and most of the top categories still feel up for grabs.

(Well, all the top categories except for the supporting actor race. But who won’t be excited to watch the “Everything Everywhere All at Once” star Ke Huy Quan win that one in a walk?)

Still, as your Projectionist, it’s my job to at least give you a hint of the unexpected, so with that in mind, here are my projections for the nominations in the top six Oscar categories, gleaned from industry chatter, the televised boosts offered by the Golden Globes and Critics Choice Awards, and the recent nominations from the Screen Actors Guild, Producers Guild of America and Directors Guild of America.

Three films have been nominated by the producers, directors and actors guilds — “Everything Everywhere All at Once,” “The Fabelmans” and “The Banshees of Inisherin” — and each has won a televised award for best film, too. Those are your front-runners in a category that recently expanded to 10 guaranteed slots, followed closely by “Tár,” the intellectual favorite, and “Top Gun: Maverick,” the popcorn pick.

The next two slots should go to two box-office success stories: “Elvis,” the rare adult drama to make a killing last year, and “Avatar: The Way of Water,” which has put up eye-popping numbers all through the Oscar-voting period and is poised to pass $2 billion worldwide.

What about another huge sequel, “Black Panther: Wakanda Forever,” which made the producers’ lineup, and the epic-scaled “RRR” and “The Woman King,” both of which that guild snubbed? ABC executives would be thrilled if the telecast could tout those crowd-pleasers, but the expanded best picture lineup has never been dominated by so many action-driven blockbusters. (And I’d have more faith in “Wakanda Forever” if the Screen Actors Guild, which gave the first “Black Panther” its top film prize, had nominated this sequel in the same category.)

The best actor winner almost always hails from a film nominated for best picture, so if you think a resurgent Brendan Fraser could go all the way this year, then expect a nod here for “The Whale,” which cast him in a transformative role as a 600-pound recluse. And though Netflix has been pushing “Glass Onion: A Knives Out Mystery,” it’s the streamer’s German-language “All Quiet on the Western Front” that most resonates with the voters I’ve spoken to.

The Oscars aren’t until March, but the campaigns have begun. Kyle Buchanan is covering the films, personalities and events along the way.

There’s still a shot that the Sarah Polley-directed “Women Talking,” which received a SAG ensemble nomination, or the British fave “Aftersun” could show up here. But I’m predicting the final slot goes to the class-warfare comedy “Triangle of Sadness,” which won the Palme d’Or at the Cannes Film Festival, just as another social satire, “Parasite,” did four years ago.

Last year, four of the five people nominated by the Directors Guild also went on to receive an Oscar nomination, and I expect that crystal ball to prove just as predictive this time around. The safest contenders appear to be Steven Spielberg, whose ninth Oscar nomination would tie him with Martin Scorsese for the second-most best director nominations ever, behind William Wyler’s 13; Todd Field for “Tár; and Daniel Scheinert and Daniel Kwan, who directed “Everything Everywhere All at Once” and will be the first duo nominated in this category since Joel and Ethan Coen for 2010’s “True Grit.”

Martin McDonagh failed to make the best director lineup for his Oscar-winning “Three Billboards Outside Ebbing, Missouri,” a reminder that dialogue-driven comedies aren’t always showy enough for this branch. Still, I expect that his new film, “The Banshees of Inisherin,” where the conversations are punctuated by some stunning scenery, will finally earn him entry into this race.

I’d be a bit surprised if the fifth D.G.A. pick, the “Top Gun: Maverick” director Joseph Kosinski, makes it in: The film is well-made, but it lacks an auteurist stamp. “Avatar: The Way of Water” could only have been directed by James Cameron, but voters will probably wait until his franchise concludes to honor him. And though there are worthy women who ought to be contenders in this category — among them, Gina Prince-Bythewood (“The Woman King”), Sarah Polley (“Women Talking”) and Charlotte Wells (“Aftersun”) — their films aren’t assured of making the best picture lineup.

There could be a surprise from the international film community here, as this branch has recently sprung for the likes of Ryusuke Hamaguchi and Thomas Vinterberg. But I’m betting on a big name, the Australian auteur Baz Luhrmann (“Elvis”), who has embraced the awards-season campaign trail with zeal.

This front-loaded race boasts four contenders that pull from some of the academy’s most favored archetypes. You’ve got a makeup-aided comeback performance (Brendan Fraser in “The Whale”), a movie star proving there’s more to him than people might have suspected (Colin Farrell in “Banshees ”), a singing, strutting biopic performer (Austin Butler in “Elvis”) and a well-regarded but oft-overlooked veteran (Bill Nighy in “Living”).

After that, there are no guarantees. Though “Top Gun: Maverick” will rack up mentions in other categories, when academy voters consider nominating a Tom Cruise performance, they want to see him stretch. Other big stars in contention all have significant drawbacks: Hugh Jackman (“The Son”) leads a film that was critically savaged, Tom Hanks scored a heartland hit (“A Man Called Otto”) that coastal voters aren’t watching, and Will Smith (“Emancipation”) … well, you know.

Occasionally, you’ll see someone in the best actor category whose film doesn’t factor into any other race, but that party crasher is usually a well-respected veteran — a Denzel, a Willem, a Viggo — and not Adam Sandler, whose SAG nomination for the basketball drama “Hustle” may be all he can muster. So I’m projecting that our fifth nominee will be Paul Mescal, whose acclaimed “Aftersun” is at least in best picture contention, and whose rising-star trajectory (after his breakthrough in the limited series “Normal People”) is something the academy will be keen to get in on.

The duel between the “Tár” star Cate Blanchett and the “Everything Everywhere” actress Michelle Yeoh will almost certainly be Oscar night’s most suspenseful contest. But in the meantime, who will keep the two of them company in this category?

Like Blanchett and Yeoh, Viola Davis of “The Woman King” was nominated by the Screen Actors Guild, the Golden Globes and the Critics Choice Awards, so she should have a safe berth here. The other two slots are harder to call. Ana de Armas managed a SAG nomination for playing Marilyn Monroe in “Blonde,” but the movie is polarizing. And as Oscar voting began, a raft of famous names suddenly took to social media to tout Andrea Riseborough’s performance as a struggling alcoholic in “To Leslie,” though it’s unclear whether that grass-roots campaign will move the underseen indie to the front of voters’ queues.

I think one of the remaining slots will go to the “Till” star Danielle Deadwyler, who won the Gotham Award for her lead performance, a victory tempered by surprise snubs from the Independent Spirit Awards and Golden Globes. Finally, reserve a spot for the “Fabelmans” star Michelle Williams: Though SAG omitted her, I think that headline-making snub will actually remind people to vote for her, as it did last year with Kristen Stewart for “Spencer.”

Three of the last five supporting actor races have featured a pair of nominees competing from the same film. Could this year offer two such duos?

Both Brendan Gleeson and Barry Keoghan from “Banshees” ought to make the cut: It’s Gleeson’s gruffness that sets the plot in motion, and Keoghan’s tragic fool that makes you laugh, then weep. “The Fabelmans” also has a well-liked pair of contenders in Paul Dano, who plays the introverted father of our young Spielberg stand-in, and Judd Hirsch, cast as his rambunctious great-uncle. Gleeson, Keoghan and Dano were all nominated by the screen actors, and though the 87-year-old Hirsch missed there, I suspect option-addled Oscar voters will default to a few key titles and nominate as many people as they can from them, as Emmy voters recently have.

Who else may be chosen as an eventual runner-up to the “Everything Everywhere” star Ke Huy Quan, the comeback kid who has dominated this awards season and will cruise to an easy Oscar victory? Eddie Redmayne (SAG-nominated for “The Good Nurse”) and Brian Tyree Henry (“Causeway”) could make it in, though their movies are hardly juggernauts. Tom Hanks (“Elvis”) and Brad Pitt (“Babylon”) are Oscar-winning veterans in higher-profile films, but Hanks was critically derided and “Babylon” bombed.

If there is a surprise late entry, I’d look to Ben Whishaw, who offers sensitive support to the female ensemble in “Women Talking,” or Woody Harrelson as a Marxist cruise captain in “Triangle of Sadness,” who could show up here if the movie overperforms.

All hail the queen: Angela Bassett has already won televised trophies at the Golden Globes and Critics Choice Awards for playing a grief-stricken monarch in “Black Panther: Wakanda Forever.” Though comic-book actors usually have to don Joker greasepaint if they want Oscar voters to pay attention, it’s well past time for Bassett to earn her second Oscar nomination, since her first came all the way back in 1994 for “What’s Love Got to Do With It.” The 64-year-old Bassett has been too good for too long, and the academy would err by curtailing her moment.

Do we have room in this race for another duo? Earlier in the season, it looked like Claire Foy and Jessie Buckley from “Women Talking” would be that pair, but the Screen Actors Guild failed to nominate either, despite liking the movie enough to give it an ensemble nod. Instead, the “Everything Everywhere” co-stars Jamie Lee Curtis and Stephanie Hsu both made the SAG shortlist and ought to repeat here: Curtis is a veteran actress campaigning hard for her first nomination, while Hsu, who impresses in a tricky dual role, is peaking at just the right time.

That’s one film with a quartet of likely nominees in its cast. Another is “Banshees,” which will almost certainly earn its fourth acting nomination, for Kerry Condon as Farrell’s feisty sister. But the fifth supporting actress slot could go to any number of women, including Dolly de Leon, whose cruise-ship cleaner comes to the fore late in “Triangle of Sadness,” and Janelle Monáe, who’s terrific in “Glass Onion” but must gun for an acting nomination that even the first “Knives Out” didn’t manage.

When in doubt, let’s default to archetypes. This category frequently makes room for what I’ll dub the Patient Partner, someone who offers supportive ballast to a dominant, tricky lead character (even if that support and patience is sorely tested). This race offers two such contenders: Nina Hoss, whose loaded glances to Blanchett say so much in “Tár,” and the SAG nominee Hong Chau, who shines in “The Whale” as Fraser’s caregiver. Chau also had a scene-stealing turn in this season’s culinary horror-comedy “The Menu,” and taken together, they are evidence of an expansive taste in roles that I project will give her the edge.