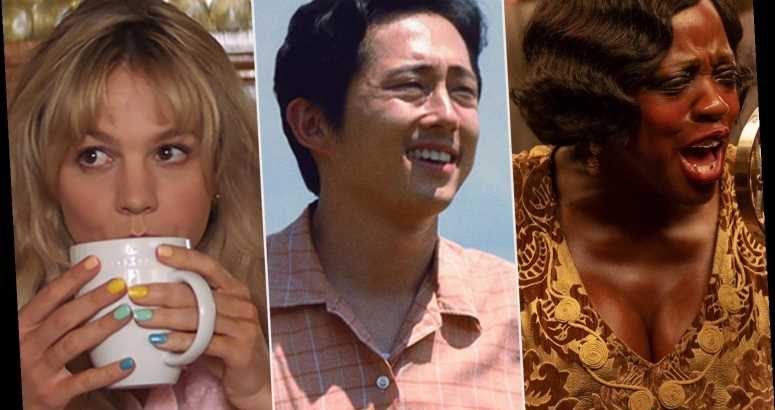 With this year's Oscar nominations finally revealed, the race for the Best Picture of 2021 is on.

From the acclaimed drama Nomadland to Chadwick Boseman's final film appearance in Ma Rainey's Black Bottom to the family generational drama Minari, moviegoers will have the option of watching the year's nominated films from the comfort of their own homes.

Netflix dominated the Oscar nominations this year, collecting a total of 35 nods over 12 movies released in 2020, with 10 nominations going to David Fincher's Mank. The number of nominations for the streamer beats its previous record of 24 that it set last year when The Irishman and Marriage Story led the charge.

Chloé Zhao's Nomadland, considered by many to be the Best Picture front-runner, premiered on Disney-owned Hulu at the same time it opened in theaters. The film was distributed by Walt Disney Co.'s Searchlight Pictures (formerly Fox Searchlight).

Here's how to watch the films nominated for 2021 Oscars. Netflix
The Trial of the Chicago 7
Ma Rainey's Black Bottom
Pieces of a Woman
Mank
Da 5 Bloods
Eurovision Song Contest: The Story of Fire Saga
Hillbilly Elegy
The Life Ahead
The Midnight Sky
Over the Moon
A Shaun the Sheep Movie: Farmageddon
The White Tiger Disney+
Mulan
Onward
The One and Only Ivan
Soul

Video on Demand (VOD or rental)
Promising Young Woman
The Father — available On Demand on Friday, March 26
Judas and the Black Messiah
Minari
Another Round
Love and Monsters
News of the World
Tenet