Stylish noir Bad Times at the El Royale is a star-studded affair and you may be wondering why relative unknown Cynthia Erivo is second billed, ahead of the likes of Chris Hemsworth and Jon Hamm.

Well, that is until you see the movie and witness Erivo’s extraordinary performance as lounge singer Darlene Sweet.

It sees the British actress deliver several haunting and exquisite a cappella performances of ’60s hits – but she wasn’t just cast for her singing ability, as she more than holds her own in two-hander scenes with the likes of Jeff Bridges.

You can hear her take on The Isley Brothers’s ‘This Old Heart of Mine’ in the first trailer for the movie.

You’re left with the feeling of witnessing the birth of your new favourite movie star and wondering where the hell she’s been in recent years.

Well, you were just looking in the wrong places.

Having played Sister Mary Clarence in the UK tour of the musical adaptation of Sister Act, Erivo’s big break came with the lead role of Celie Harris in The Color Purple at London’s Menier Chocolate Factory in 2013.

She made her Broadway debut as she reprised the role in the 2015 revival of the production which resulted in her winning the Tony Award for Best Actress in a Musical in 2016, as well as a Grammy Award for Best Musical Theatre Album and a Daytime Emmy Award for Outstanding Musical Performance (shared with the cast).

Before her awards success though, it’s fair to say that Erivo didn’t have quite as much success with The X Factor musical I Can’t Sing! – where she played the lead role of Chenice – which closed after just six weeks.

However, even in a notable flop such as I Can’t Sing!, she managed to show her considerable stage talent. Just check out the performance of the title track below and mourn for what might have been if the rest of the musical had been up to Erivo’s standard.

Following minor appearances in Chewing Gum, Mr Selfridge and The Tunnel, Bad Times at the El Royale marks her movie debut but, in a quirk of scheduling, it wasn’t the first movie role that Erivo filmed.

That honour goes to Steve McQueen’s Widows, where she plays Belle, one of four women who attempt a heist after their criminal husbands are killed on a failed job. She was cast in November 2016 and shot the movie in summer 2017, but Widows isn’t out until next month.

Even before she shot Widows or had even signed on to Bad Times at the El Royale, Erivo was also cast as Harriet Tubman in the biopic about the famous American abolitionist. It did lead to some backlash, given that the role has gone to a British actress. Before the movie started shooting this month, Erivo defended taking the iconic role. 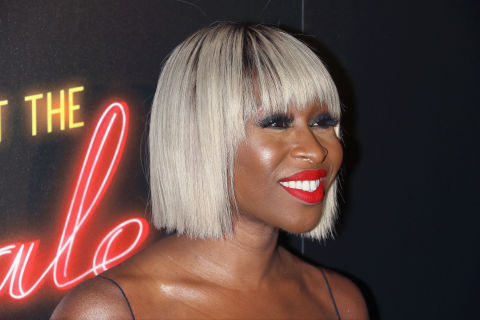 “I hope that I do everyone, even those who are in doubt or are upset, proud. I hope I quell your fears, because I understand that is what it is. I cannot tell how protective I am of this woman and her story,” she explained.

And if Erivo wasn’t busy enough, she will also feature in next year’s Chaos Walking, alongside Daisy Ridley and Tom Holland, as well as John Ridley’s sci-fi Needle in a Timestack with Orlando Bloom and Leslie Odom Jr.

She also had a part to play in the development of huge musical smash The Greatest Showman as she was involved in the development workshops that got the movie greenlit, but it’s not clear why Erivo didn’t end up in the movie. Her character in the workshops looks to have been Anne Wheeler, who ended up being played by Zendaya.

As it turned out, though, Bad Times at the El Royale proved to be a terrific film to introduce Erivo to movie audiences, meaning that no-one will question why she’ll be popping up in several high-profile movies over the next couple of years.

Who knows, maybe she’ll even get the chance to take the fourth, missing part of the coveted EGOT (Emmy, Grammy, Oscar, Tony)? One speech in Bad Times at the El Royale feels tailor-made for an Oscars clip and while it’s not a guarantee, we definitely wouldn’t be against an awards campaign.