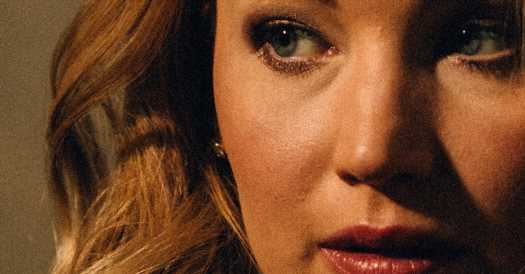 The Oscar-winning “Hunger Games” actress is free from her franchise commitments. But after a brief hiatus from acting, what will she do next?

“I obviously cannot relate to risking my life for my country,” Jennifer Lawrence said, “but I can understand, reading ‘Causeway,’ why I’m getting so emotional about somebody who doesn’t feel like they belong anywhere unless they’re on a schedule.”Credit…Robbie Lawrence for The New York Times

Visitors to the Greenwich Village gay bar Pieces can look forward to strong drinks and loud drag shows, but what they might not expect — what there simply isn’t a section for on Yelp — is the sight of Jennifer Lawrence, the most famous actress of her generation, tackling a friend to the ground after losing a very important game of musical shots. Oh, and the friend happens to be Adele.

For what it’s worth, Lawrence didn’t expect any of that to happen at Pieces, either. It all went down in March 2019, not long after she had begun dating her now-husband, the art dealer Cooke Maroney, and just a few months into Lawrence’s still-ongoing project of trying to move through the world like a normal human being again. At the white-hot height of her fame fronting the “Hunger Games” franchise, any night out in public would have required security guards, but Maroney often asked to meet Lawrence at dive bars, and she wasn’t about to spoil those places by showing up with two hulking bodyguards.

What she found, to her pleasant surprise, is that the world allowed her to re-enter it without being too weird. That was the lesson she tried to impart to Adele when the British singer texted Lawrence suggesting they go to a concert, the sort of place where they’d be ensconced in a VIP section away from the rowdy masses. Lawrence countered that she was already drinking at Pieces, where Adele should come meet her.

Adele texted back with one question: Are there people there?

Yes, Lawrence replied. There’s people everywhere. And that was kind of the point: To be in New York without ever finding yourself in a crowd wasn’t really like being in New York at all. And to make spontaneous plans to go drink somewhere unexpected — well, that was even better. 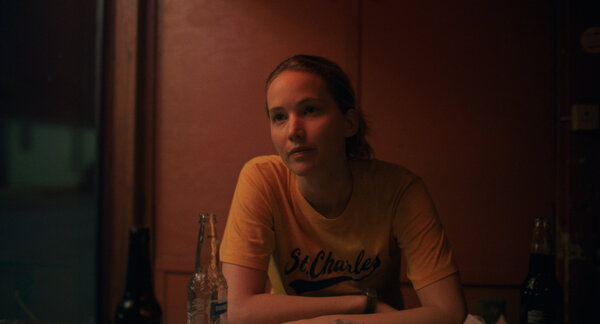 So Adele came. And sure, the two of them were recognized, and yes, people pulled out their phones to take pictures, but nobody was a jerk about it, the mood remained lively, and Adele even competed in an onstage drinking game (though her defeat caused the competitive Lawrence to bellow, “How could you lose?” and prompted that tackle). Then they sang karaoke, and Lawrence learned that casual pastime is a little more loaded when you’re doing it opposite one of the greatest singers on the planet.

But it was still a fabulous night spent on the other side of the velvet rope, the kind of thing that’s good for a superstar like Adele to experience now and then, and something Lawrence knows she needs plenty more of in order to continue being any good as a performer.

“I don’t know how I can act,” she said, “when I feel cut off from normal human interaction.”

Without that realization, it’s difficult to imagine Lawrence making a movie like “Causeway,” out on Apple TV+ this weekend, an intimate, understated drama in which she plays an injured military engineer who returns home to New Orleans for an uneasy convalescence. “Causeway” is the kind of human-sized indie the 32-year-old actress hasn’t really starred in since her 2010 breakthrough, “Winter’s Bone,” and it’s an effective reminder that when all the bells and whistles of big-budget Hollywood are stripped away, few people can forge as powerful a connection with the camera as Lawrence, who is readable even in repose.

“The line between her inner life and the lens is held so taut,” said the “Causeway” director, Lila Neugebauer.

In early October, when Lawrence met me for drinks at a bar in the West Village, she told me that some of her representatives had steered her away from smaller material like “Causeway,” warning that her audience wouldn’t understand. “I found out that a lot of filmmakers that I really loved and admired had scripts that weren’t even reaching me,” she said.

Eventually, Lawrence realized that too many people were involved in making the decisions that should have been hers alone, and in August 2018, as she wrapped reshoots for the “X-Men” film “Dark Phoenix,” she left CAA, the agency that represented her for 10 years.

“I had let myself be hijacked,” she said.

Lawrence has always had a gift for candor: Onscreen, she’ll show you things — and offscreen, tell you things — that other actresses, fortified by fame, tend to keep at a remove. Maybe she never had time to develop a protective shell. When “Winter’s Bone” was released, Lawrence was only 19; a year later, she was cast as Katniss Everdeen in “The Hunger Games,” and only two years after that, she won an Oscar for “Silver Linings Playbook.”

In an era when new movie stars have proven hard to come by, it’s no wonder that Hollywood grabbed onto Lawrence like a life preserver. Still, she could only remain buoyant for so long. In her mid-20s, as she finished up the “Hunger Games” franchise and moved on to films that were less warmly received, she could sense her fans’ dismay: “I was like, ‘Oh no, you guys are here because I’m here, and I’m here because you’re here. Wait, who decided that this was a good movie?’”