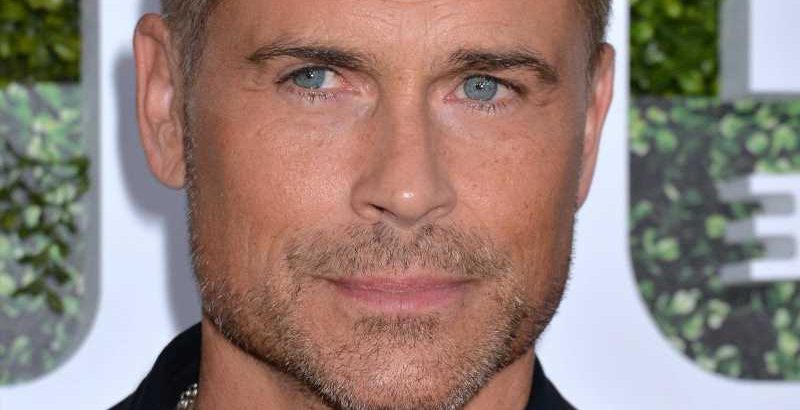 Rob Lowe and Sheryl Berkoff have been married since July 22, 1991 — and actually met on a “half blind” date in 1983, according to USA Weekend (per Bustle). They went on a few dates, but sparks didn’t fly until they met again almost seven years later when Berkoff was the makeup artist on the set of his movie “Bad Influence.” Lowe revealed to Haute Living in September 2014 that his relationship with Berkoff pushed him to get sober and live a better life.

“I had met my now wife, Sheryl, and was attempting my first try at monogamy — which was not really in my nature at the time — and I wasn’t able to do it. It made me examine how I was living my life. That led me to getting sober, which led me to changing my life — giving me everything I now have,” he said.

He’s now been sober for more than 25 years and knows he wouldn’t be where he is today without the support of his wife. As an actor, it’s not uncommon for Lowe to star alongside seemingly attractive women, but his wife isn’t concerned. Lowe opened up to The Guardian in September 2009 and said, “She’s very secure with herself, and that makes it easy for me to go about and do what I do, and sometimes my work calls me to hop into a bed and kiss a pretty girl.”

Keep reading for more details on who Berkoff really is.

Sheryl Berkoff is an accomplished makeup artist and jewelry designer

Sheryl Berkoff has been working her magic as a Hollywood makeup artist since the ’80s, per IMDb. She’s known for her work on “Frankie and Johnny,” “Eve of Destruction” and “The Vanishing.” Berkoff has also lent her talents to “Glengarry Glen Ross” and “Who Do You Think You Are?”.

Gwyneth Paltrow, who met Berkoff when Paltrow was a teen on the set of a TV movie, was admittedly “obsessed” with the makeup artist. “First of all, she was dating Keanu Reeves,” the Goop founder dished on Rob Lowe’s podcast. “I just worshipped her. I thought she was literally the coolest chick of all time.”

When Berkoff isn’t glamming up Hollywood stars, she’s designing jewelry. Sheryl Lowe Jewelry is described as “jewels for the elegant bada**” and features beautiful bracelets, necklaces, and all things sparkly. It’s obvious that Berkoff is talented, since her gems are sold at fine retailers like Nordstrom, Neiman Marcus and Bergdorf Goodman. Can you say chic?

Berkoff and Lowe have been married for almost 30 years, share two sons, and seem more in love than ever. Lowe compared the secret to a perfect marriage to Alfred Hitchcock making a movie, via Yahoo!. “He said, ‘It’s all about the casting,’ and that’s the same with marriage,” Lowe said. “It really is all about who you pick. I always say to people, ‘If there’s any way to marry your best friend, do it.’ … I was very lucky there.”