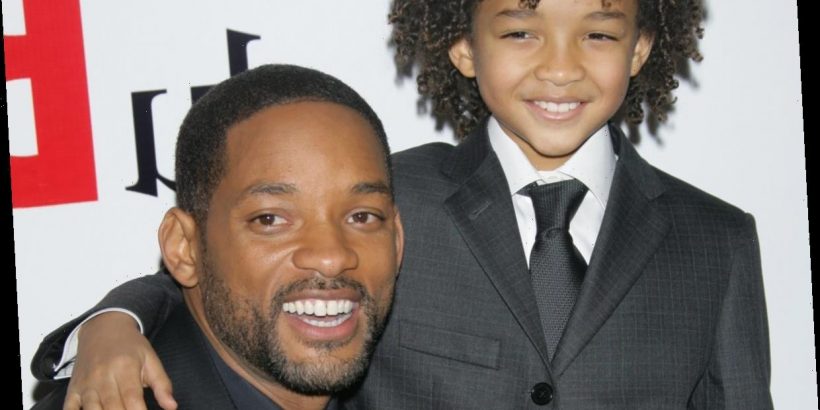 The Will Smith and Jaden Smith movie The Pursuit of Happyness was Jaden’s motion picture debut. Jaden made it after his TV role on All of Us. The Smiths would reunite for 2013’s After Earth, but in 2006’s Pursuit, Jaden was only eight years old. Will was a blockbuster movie star by this point. However, he said acting with his young son taught him to be more real. Will spoke about working with Jaden at the 2006 press junket for Pursuit of Happyness.

In 2006, Will had been in five blockbusters in row. Men In Black II, Bad Boys 2, I, Robot, Shark Tale and Hitch all made over $100 million. Pursuit would be another. Earlier, his ’90s hits included Bad Boys, Independence Day, Men in Black and Enemy of the State. When Jaden saw his father act, he gave Will a note he’d never forget.

“It was a particularly difficult scene that I was struggling with and Jaden said to me, ‘You just do the same thing every take, Daddy,’” he said. “I was a little offended by that, right? But what he was saying was that innately he couldn’t understand how I was reading everything exactly the same way every time. He was feeling like that wasn’t real.”

Making the Will Smith and Jaden Smith movie real

The Pursuit of Happyness was based on a true story. Chris Gardner was a homeless father who became a successful stockbroker. Will played Gardner in the movie and Jaden played Gardner’s son, Christopher Jr. On the set, Jaden told his father, “’I thought that we were supposed to be trying to make this real.” Will started to understand.

“I started watching him and you know how kids are,” he said. “If he decides that he wants to get up and walk he’ll get up and walk, and the cameramen will just get up and follow him. I had my blocking, I knew that my left leg was forward, I knew that I was saying it with my left hand every time. So in order for them to make the edit I would do it with my left hand every time. He broke me out of that mechanical space.”

Jaden Smith was already real in ‘The Pursuit of Happyness’

Will recalled director Gabriele Muccino calling him out when it felt like he was acting hurt. Muccino told him to leave and come back actually feeling hurt. Meanwhile, Jaden was giving such a natural performance, Muccino had no notes for him.

“Gabriele Muccino came over when I was struggling with a scene,” Smith said. “For seven or eight times, Gabriele was coming up and giving me notes and every time he would come give me notes and not say anything to Jaden, Jaden took that as him winning. He would look at me and laugh that I got a note and he didn’t.”