First Man isn't quite a film about who Neil Armstrong was. It's more about what it felt like to be him and do the things he did. It's a wild ride in that sense, because Damien Chazelle, in a complete change of pace after La La Land, puts us in the pilot's seat of Apollo 11 and shoots us to the moon.

Somehow, he manages to do something the other films about flying into that black yonder haven't. He makes it subjective and messy and claustrophobic. That space module was filthy. OMG, didn't the astronauts ever wash their hands? (Probably not – no running water in space).

For most of the film, there is not one shot that lets us see things from a wider perspective – no wide shots of the various aeroplanes he crashes before joining NASA, no wide shots from outside of the Gemini rockets either. Everything is small-scale and intimate, including the close-up depiction of Armstrong (Ryan Gosling) and his wife Janet (Claire Foy). 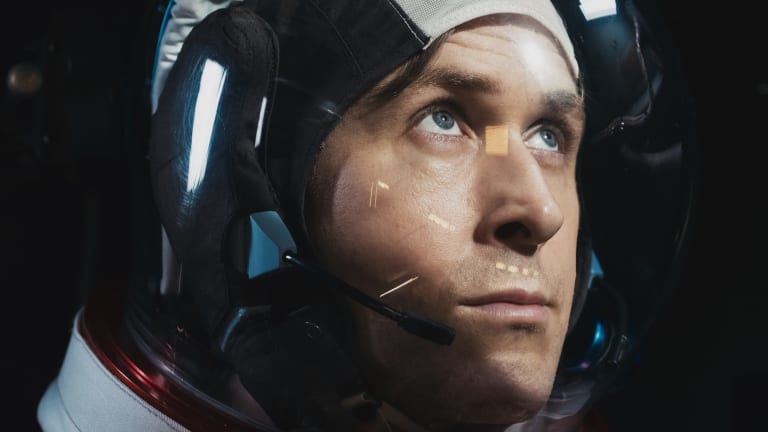 So it's not just a film about the first man to set foot on the moon, but the first's man's marriage, the undermining of which begins with the death of their two-year-old daughter, Karen, from a tumour in 1962. Chazelle and scriptwriter Josh Singer hang a lot of the film's emotional depth on the couple's grief. It drives Armstrong further into himself, hardens his shell and cuts off his display of almost any emotion save the occasional snarl.

No wonder Chazelle wanted Gosling. He does emotionless very well, although he's charismatic enough to carry the film forward as something other than a boy's own adventure with moments of terror.

Neil Armstrong, by most accounts, was a private, modest, likeable guy with a brilliant capacity for figuring out engineering problems in flight. He didn't like the limelight, so they called him a recluse. That's understandable: being the most famous man in the world can't have been easy.

Singer and Chazelle insist there's more: that the death of Karen made him an emotional cripple, remote from his other two boys and his loving wife, who fights to bring him back to earth. In that sense, he's already on the moon. I can't say if that's accurate, but I suspect the demands of making Armstrong interesting enough to carry the movie might have required it. Something drove him, and it wasn't his ordinariness. 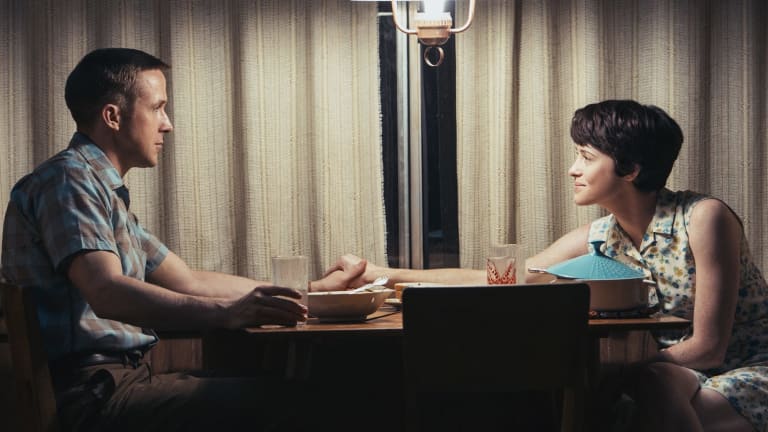 Chazelle directs the hell out of this material. This is a maestro at work. He has such great control over his gifts, one of which has always been his choice of music. The score, by Justin Hurwitz, is magnificent, working to keep a lid on everything until the marvellous lunar "son et lumiere" of the final reel.

Every director wants to have his Kubrick moment, but few are capable of doing the work. Chazelle's whole career has been about doing the work – that's what Whiplash (2014) was about. You don't get to be a great jazz drummer unless you do the work; that's what La La Land (2016) was about too.

First Man spreads out in its final sequence into a gob-smacking, virtuosic display of movie technique, but it's earned and paid for. Chazelle keeps the film on a tight rein for 90 per cent of its length, cranking it slowly, bringing his pot to a boil. Then he hits us with the wideshots, the big orchestral music, the simply stunning lunar landing. It's not just a Kubrick moment. It's a David Lean moment, like when we first cross to the desert in Lawrence of Arabia. Whammo – how's that for horizontal!

I'm not saying First Man is up there with 2001 or Lawrence. I am saying it's a movie where the technique matches the ambition, one that moves from tragedy to grandeur to personal drama without becoming bombastic or even worse, falsely patriotic.

I've read that both Donald Trump and Senator Marco Rubio have complained that Chazelle didn't make a big show of the astronauts planting the American flag. Both have criticised the film heavily for that, although POTUS hadn't seen it and declared he didn't need to. Could there be a better recommendation?