With the movie industry shut down due to coronavirus, now is a valuable time for us to look back and properly examine the attraction that we have to certain figures. Are we drawn to Tom Hanks because he exudes a sense of benevolent paternalism that we tend to find subconsciously appealing? Do we flock to Marvel films because we seek the clarity of a good-v-evil dynamic in a world where those are becoming increasingly opaque?

And why do people go and see Jonah Hill films? Seriously, why?

Fortunately, there is finally an answer to the latter. It’s because Jonah Hill swears quite a lot. In fact, that’s doing him a disservice. Jonah Hill swears more than any other actor in the history of Hollywood.

Thanks to a study by Buzz Bingo – whose previous hits include “Which actor has been killed the most” and “Which actor is most likely to die?” – we now know that Jonah Hill has said a swearword on screen 376 times over the course of his career.

That’s an awful lot of swearing. For comparison, Samuel L Jackson – a man who you’d assume would be swearier than Hill given that a) he has 130 more film credits than Hill, b) six of those were Quentin Tarantino films and c) another six of them took place before Jonah Hill was even born – has only said 301 swearwords in film. In his last Shaft film alone, Samuel L Jackson said “motherfucker” 40 times. And he’s still 75 swearwords behind Jonah Hill. That’s what a world-class swearer Jonah Hill is. 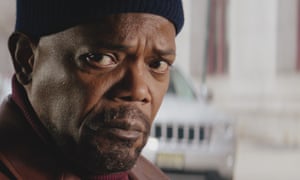 Why is Jonah Hill so prolific at swearing? Key to the answer is his participation in The Wolf of Wall Street, which is the sweariest film ever made. According to the study, there are 715 swearwords in The Wolf of Wall Street. Six years ago, Vulture handily broke down that film’s swearing, revealing 358 uses of the word “fucking”, 169 uses of “fuck”, three uses of “cunt”, one “fuckhead”, one “fuckface”, one “fuckity” and, surprisingly, four separate incidences of “fucksville”. And it turns out that Jonah Hill is responsible for a seventh of all of them.

But there must be more to it than just The Wolf of Wall Street, because Leonardo DiCaprio swears three times more than Jonah Hill in that film, and yet he can only achieve the silver medal of lifetime swears. This is because almost all of DiCaprio’s swearing is concentrated in this one film. Jonah Hill, meanwhile, has made a lifetime’s work of it.

In his out-and-out comedy days, Hill made his name with an improvisational approach that often relied on swearing as a crutch. There are about 60 “fucks” and the same number of “shits” in The Sitter, 150 “fucks” in Get Him to the Greek, 200 “fucks” in This is the End and more than 320 “fucks” in the 21 Jump Street series. What this means, in effect, is that he would be much further down the list if he made films with better scripts.

So well done to Jonah Hill, who must be very proud. And commiserations to Samuel L Jackson. Thanks to Uncut Gems, Adam Sandler is now just six swears behind Jackson and closing fast. You’d assume that Jackson would want to do something quickly to shore up his reputation. If there was any justice in the world, the home release of The Rise of Skywalker would include a rerecorded voice snippet of Mace Windu screaming a torrent of awful language at a horrified Rey. Just 76 “fucks” and he’d be back on top.