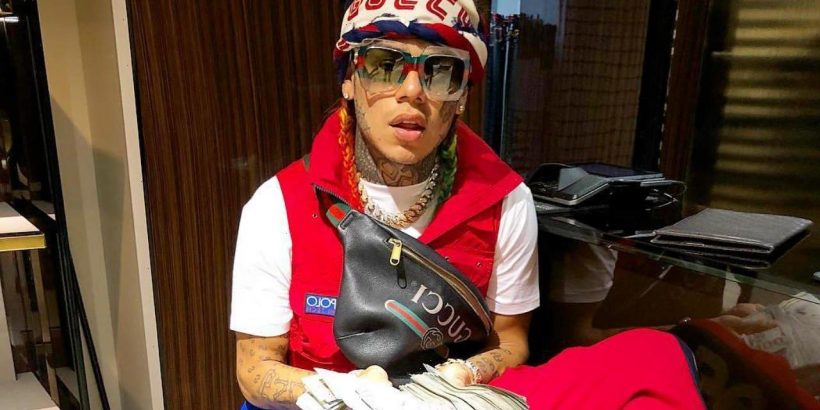 The ‘GOOBA’ rapper is being accused by Streamusic of breaching contract without any explanation and fraud after he’s paid $150,000 to promote and perform the shows but he ghosted the company.

AceShowbiz -Tekashi69 a.k.a 6ix9ine is facing a new lawsuit filed by a streaming music service. His lawyer Lance Lazzaro has responded to the issue after news broke the musician was hit with $2 million lawsuit claiming that he skipped concerts.

On Friday, April 15, Lance told TMZ, “We have no comment at this time.” The attorney further insisted that his client knew nothing about the matter. “Tekashi has not been served with any legal papers,” said the lawyer.

It’s reported that 6ix9ine has been sued by Streamusic. In the $2 million lawsuit, the streaming service claimed that the Brooklyn-based rapper skipped two Los Angeles concerts in December last year that the streaming app was going to air live.

In the paperwork, Streamusic accused 6ix9ine, whose real name is Daniel Hernandez, of breaching contract and fraud. The streaming app also stated that it gave the rapper $150,000 for performing and creating a “promotional video” of the shows on both his main Instagram page and his Story, neither of which the streaming service said happened.

After receiving the money, 6ix9ine allegedly ghosted Streamusic. Then in January, Streamusic and the “FEFE” emcee finally got in touch and they finalized a new agreement and rescheduled his performances but he again went silent in the lead up to that date, ignoring seven more requests.

“Plaintiff allocated significant financial and human resources in connection with preparing for and marketing the performances that defendant agreed to perform,” Streamusic stated in the court documents, saying it had spent many hours working on the shows. “Plaintiff would not have continued to move forward but for the knowingly false promises and inducements of the defendants.”

As for now, Streamusic is demanding $2 million in damages from 6ix9ine, including $1 million in the form of compensation and another $1 million in punitive damages. The company further insisted that the failure to live up to the deal caused “significant financial and reputational damage.”