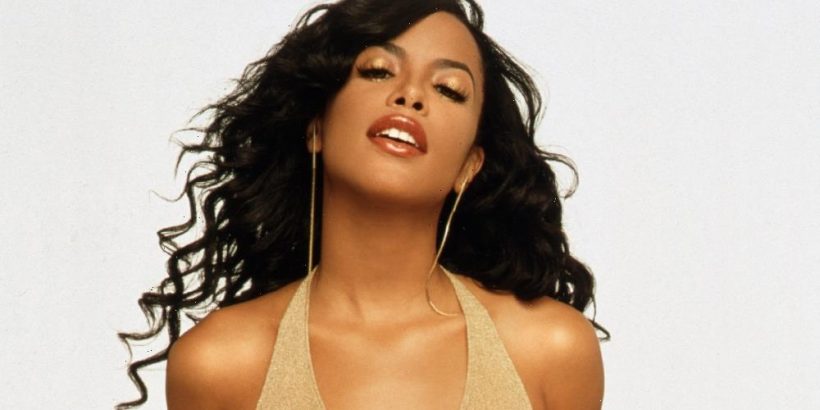 Aaliyah — who died in a plane crash nearly 20 years ago, on August 25, 2001 — was one of the most popular and influential young R&B singers of her era. A former R. Kelly protégé who was briefly married to him at the age of 15 in a quickly annulled ceremony (a situation that is playing out in a Brooklyn courtroom this week), the singer released just three albums before her death at the age of just 22. Her sleek, street-savvy image and innovative, Timbaland and Missy Elliott-helmed hits helped pave the way for countless single-named R&B singers who followed — not least Rihanna. Yet since the advent of legal streaming services in the early ‘00s, only her R. Kelly-helmed 1994 debut, “Age Ain’t Nothing But a Number,” and a handful of singles have been legally available on those platforms, due to longstanding differences between her estate and her former label, Blackground Entertainment, which is run by her uncle, former R. Kelly manager Barry Hankerson.

She was possibly the most popular and prominent artist — both of the long-unavailable albums are certified double platinum — to have their most commercially successful music unavailable to stream legally.

While differences between the estate and Hankerson remain, he has apparently gotten legal clearance to post re-release the albums both physically and on streaming services, and the first one — 1996’s “One in a Million,” the first in her extensive collaborations with producer-songwriters Timbaland and Missy Elliott — was posted late Thursday. Her 2001 “Aaliyah” album is due September 10, and both the “Ultimate Aaliyah” greatest-hits compilation and a collection of singles and previously unreleased material called “I Care 4 U” are due on October 8.

Still unreleased is a posthumous collection, executive produced by Drake and featuring cameos from him, Kanye West, Lil Wayne and others, that Hankerson has been trying to release for nearly a decade. One song emerged, but Drake reportedly distanced himself from the project when he learned the family didn’t want it released.

With so much essential but long-unavailable music dropping in a short time, we’ve prepared an overview of the singer’s too-brief but indelible musical career; all of these songs and more are available on “Ultimate Aaliyah.”

Aaliyah tended to stay quiet between album cycles, avoiding press and interviews. But when it was time, she always kicked off new eras with a bang. On “If Your Girl Only Knew,” the lead single from “One in a Million,” her first album with Timbaland and Missy Elliott, she channels her lower register as she warns a taken man of what might arise if his girlfriend knew the way he was talking to her. Aaliyah vocals, combined with Timbaland’s drum-heavy production combine with guitar licks and pipe-organ interjections to provide a timeless, funkadelic touch.

When the title track for Aaliyah’s sophomore album was released, there was nothing quite like it on the radio. Missy’s pen game, amalgamated with Timbaland’s bird and cricket-laden production and Aaliyah’s rap-singing stylings, made for a track that was true to its title. The song would later inspire cuts like Tink’s “Million,” Ariana Grande’s “West Side” and most recently, Normani & Cardi B’s “Wild Side.”

With lyrics like “Baby, when I get the nerve to come to you, promise me that you won’t dis me,” Aaliyah describes the anxious feelings that come with being a 17-year-old with a crush. Aaliyah’s gospel-influenced intonations on the chorus paired with Timbaland’s maraca sounds create a feeling of longing and infatuation, taking us back to the days of passing notes to high school sweethearts.

With teenage love comes teenage heartbreak, and when you combine that with songwriting ace Diane Warren, it adds up to a power ballad. When Warren first expressed interest in working with Aaliyah, she wanted to give her something she “didn’t usually do.” The result was the crestfallen “The One I Gave My Heart To,” which showcased Aaliyah’s ability to hit higher notes and display vulnerability.

If there’s a single, ultimate Aaliyah song, it’s probably this 1998 classic. Continuing his pattern of including unconventional sounds on records (e.g. frogs on Ginuwine’s “Pony,” crickets and birds on “One in a Million”), Timbaland’s production on “Are You That Somebody?” incorporates a baby laughing along with his signature drum and bass stylings. Aaliyah brings this record to life with her soft-song chorus as she lays down the laws for a secret rendezvous; it’s also one of the more sexually forthright tracks from Aaliyah’s catalog, and lyrics like “sometimes I’m goody-goody, right now I’m naughty-naughty.” The iconic video — a staple on hip-hop video shows in the late 1990s — featured a Hilfiger-clad Aaliyah and fellow dancers accompanied by featuring footage from the Eddie Murphy-starring “Doctor Dolittle” remake, which featured the song. (And because it was originally released on the film’s soundtrack and not Blackground, “Somebody” is one of the only later Aaliyah songs that was available on streaming services.)

After years of her songs being featured on film soundtracks, Aaliyah rung in the new millennium with her first acting role in “Romeo Must Die.” On the soundtrack is “Try Again,” on which Aaliyah demonstrates her confidence in love, repeating “if at first you don’t succeed, dust yourself off and try again.” “Try Again” went on to be Aaliyah’s first Billboard Hot 100 No. 1 and earned her a nomination for Best Female R&B Vocal Performance at the 43rd Grammy Awards.

The stakes were high when Aaliyah recorded her third album, the self-titled Aaliyah. As the album’s lead single’s title suggests, “We Need a Resolution” sees Aaliyah and Timbaland arguing, trying to determine “Who should be heard? Who should be blamed?” She sings perfectly in sync with Timbaland’s beatboxes and violin strings throughout.

As if more evidence of this song’s timelessness were needed, Kehlani’s “Too Much” and Ari Lennox’s “BMO” take clear influence from “More Than a Woman.”

One of Aaliyah’s less subtle cuts, “Rock the Boat” piles on nautical metaphors for sex. The song’s video is the last one she filmed before her death, so it holds special significance for her fans — and it’s not-even-a-second long vocal sample on the Weeknd’s debut single “What You Need” is instantly recognizable.

“It’s been too long, and I’m lost without you” are lyrics Johnta Austin, Teddy Bishop and Ginuwine wrote about an estranged lover. But hearing them sung by Aaliyah on this single, recorded in 1999 but released after her death, gives the song a whole new dimension of loss and longing.