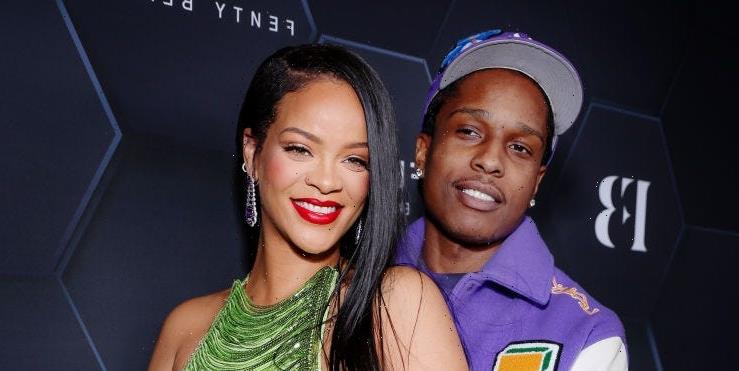 The occasional thoughtful gift à la love note, bouquet of roses, or candle is nice, but A$AP Rocky likes to profess his love for Rihanna in other ways…aka making an entire music video with a wedding scene!! Consider my expectations higher today thanks to the A-list couple. A reminder: Back in July 2021, paparazzi snapped pics of Rihanna and A$AP filming a music video/cozying up in New York City. Fast-forward to today, and the rapper finally released the project they were working on (which also happens to be his directorial debut, TYVM) for the song, “D.M.B.” And let’s just say that though the visuals themselves have people’s jaws on the floor, it’s the wedding scene between him and Rihanna that is making everyone emotional 🥺.

The video depicts a series of montages of the duo’s fictional life in New York, from meeting at a beauty salon to hanging out and having date nights on the now-iconic fire escape they were photographed on months prior. In the music video’s final frames, their love story culminates with a wedding where the Fenty founder stuns in a red veil and dress, and the rapper is the epitome of cool elegance in sunglasses and a suit. Together, they walk down a hall and are surrounded by loved ones cheering them on.

According to the video’s press release, the project is meant to be an “ode to the classic love story,” which, okay, mission accomplished 🥺❤️.

Luckily, this isn’t the only thing the couple is celebrating as of late. In case you’ve been living under a rock LOL, the two announced Rihanna’s pregnancy in January 2021 after being photographed out in New York City where she debuted her baby bump wearing *that* iconic pink Chanel jacket. Just months later in May, A$AP explained to GQ how he feels being in a relationship with the singer, saying, “So much better. So much better when you got ‘the One.’ She amounts to probably, like, a million of the other ones. I think when you know, you know. She’s the One.”