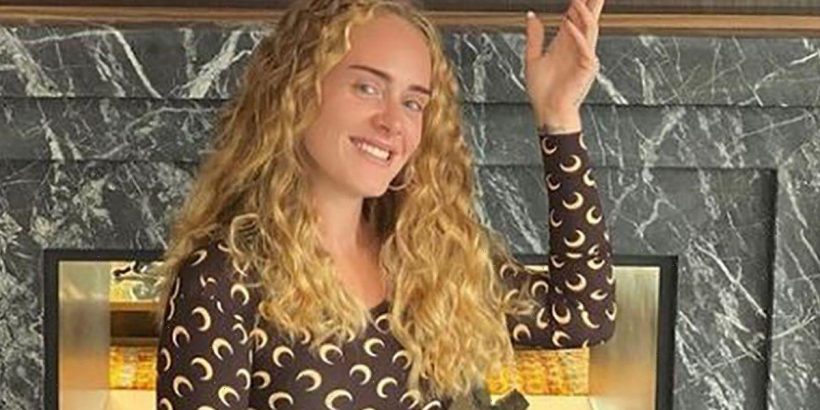 Loyal Adele fans were gobsmacked when they found out the price for the Londoner’s upcoming shows in Hyde Park as the queen of ballads prepares for her first performance on stage in nearly six years.

Since the 33-year-old first found stardom with her studio album titled 19, which she released in 2008, the blonde bombshell has quickly become one of the world's biggest artists of all time – and racked up an estimated net worth of £130million.

And it’s fair to say followers were devastated when the songstress announced she was taking a break from music to raise her child after her record-breaking album 25 was released in 2015.

So, once her hit single Easy On Me dropped earlier this month, millions of doting fans were eagerly awaiting the announcement of when they could next see the starlet perform live in front of an audience.

With the complications of the ongoing pandemic, the mum-of-one has held off on releasing new music until it was safe for fans to congregate in large gatherings once again.

But when it was announced that she would be performing in Hyde Park as part of the British Summer Time gigs in July next year, followers were shocked to see the prices for tickets skyrocket.

Currently, the price for general admission tickets starts at £90.45.

But that’s not all, should you want to get even more exclusive access at the event, tickets including entry to the VIP Terrace will cost you £434.95 and the Ultimate Bar Diamond and Ultimate Terrace tickets come in at £579.95.

And although, the higher price does give gig goers an exclusive experience while watching the show – including bar access and closer viewing spots near the stage – many followers have complained about the extortionate prices.

One user complained: “I love Adele but I am definitely not paying this price,” while another one added: “Torn between trying to get Adele tickets or waiting 40 years until her hologram is in concert for a third of the price.”

A third disgruntled fan argued: “Adele can charge £500 for gig tickets if she wants. That's the free market for you. What she can't do is charge £500 for tickets and keep trying to maintain her unpretentious, down-to-earth, woman-of-the-people, ‘I’m only an ‘umble Sarf Landan gel’ shtick. It's one or the other.”

Elsewhere, one music fanatic penned: “If you wanna feel poor right now, go and buy tickets for Adele Hyde Park show. Babes, I love ya but I can’t afford £90 a ticket,” as another joked: “I spent five days in Greece for less than the price of an Adele ticket.”