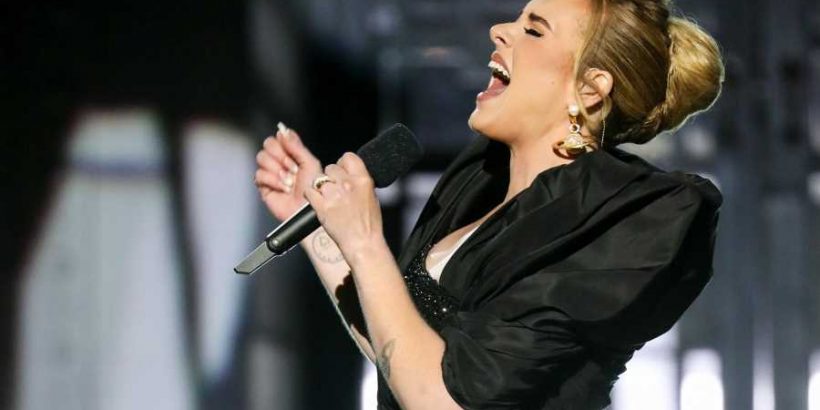 Early on Adele’s new album 30, she highlights voice memos from her son, Angelo, where he’s asking her some big questions about life. On “I Drink Wine,” it’s her turn. In posing those questions, Adele has written one of the best songs of her already-storied career, a gorgeous power ballad that sees a pop deity come down to Earth.

In her Rolling Stone cover story, the singer-songwriter compared the song to Elton John and Bernie Taupin’s songwriting partnership, and it’s an apt description. There’s a singalong quality to the tune, both pub- and stadium-friendly. On the first verse, she examines happiness and the curiosity she’s lost as she’s gotten older and become a working woman. “When I was a child, every single thing could blow my mind/Soaking it all up for fun, but now I only soak up wine,” she sings.

Adele Has a Secret TikTok Account, and Nine More Things You Learn Hanging With Her

Adele: 'It Fucking Devastated Me'

The 80 Greatest Dylan Covers of All Time

By the chorus, she has a plan: She’s going to get over herself in a way that allows her to not take life or her loved ones for granted. She wants to ignore criticism, too, whether it’s from other people or herself. It’s such a universally appealing sentiment, cutting deep as Adele finds there are no easy solutions to the existential issues she’s raised.

Adele wrote the song for her and her friend, during a period when she was taking things very personally. The lyrics allowed her to explain why she needed to evolve a bit more to be present in their friendship. A different friend named Jed had suggested to Adele to start recording her moments of self-doubt, and one of those conversations about her regrets and relationship with memory makes it in at the end of the song.

“But because of that period of time — even though it was so much fun — I didn’t get to go on and make new memories with him,” she says in the voice recording of the most “turbulent” period in her life. “There were just memories in a big storm.”

And much like with Taylor Swift’s “All Too Well,” there’s a much longer version of “I Drink Wine” that exists out there, with Adele originally clocking in at 15 minutes on the track. Unfortunately, she was told to cut it down to around six. “[The label] was like, ‘Listen, everyone loves you, but no one’s playing a 15-minute song on radio.’”

Whenever Adele is ready to drop the unedited take of “I Drink Wine (15-Minute Version) (From the Vault),” we’ll be here.

Find a playlist of all of our recent Songs You Need to Know selections on Spotify.