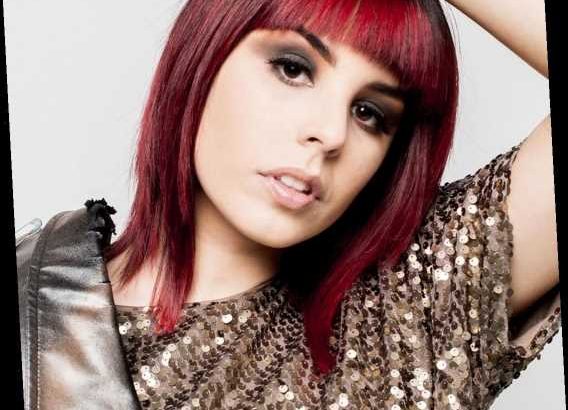 It was 2016 when inspirational pop artist NEDY walked into a well-known restaurant in California, looking for a waitress job that would help her pay a growing pile of bills. She was quickly hired, but soon, she would find herself on a three-year journey of taunts and teasing and cutdowns from her very own co-workers.

She was 27 years old, and she was being bullied.

"I was left heartbroken by the experience," NEDY, 32, tells PEOPLE. "I was being picked on for no reason. I guess I wasn't part of the clique. I was just being myself, and I could never do anything right in their eyes. I felt very lonely and spent a lot of time questioning myself and my self-worth."

But one night after one extremely difficult shift at the restaurant, the budding songwriter decided to sit down with those hurtful feelings and write a song.

And today, that empowering song is NEDY's first single, "Made to Be."

"Writing 'Made to Be' was extremely healing to me," NEDY remembers of the song she ended up writing in 2019. "I started to realize that I can't help but be who God made me to be. And if you don't like it, I'm not sure what to say. That's who I am. No one should ever be hated on just because they are different or unique." Unfortunately, it wasn't the first time NEDY experienced the sting that comes from being bullied. Born into a lower-middle-class family to a mother whose divorce forced her to become the sole bread winner of the family, NEDY didn't always have the brand name shoes on her feet or the fancy backpack swung around her shoulder.

"Nothing was handed to me as a kid, because truthfully, there wasn't much to hand," remembers NEDY, who suffered from anxiety and depression as a teen growing up in Los Angeles. "But I did have this Dora the Explorer backpack in high school, and I remember this guy came up to me and told me that I looked like the monkey on my backpack. He just wanted to be mean for no reason. It didn't make any sense, of course."

"I've never been one to go with the crowd," continues NEDY, who plans to release the "Made to Be Remix" next month along with an accompanying music video for the faith-filled anthem. "I've always just wanted to think on my own and be my own person. And there were times that even though I was being bullied, I still was happy. And I truly believe that sometimes, when people see you happy, they set out to make you miserable. Misery loves company, you know?"

But while those painful days are finally behind NEDY, she still can remember them like they were yesterday. In fact, along with the release of "Made to Be," NEDY has now also created the "Friends Forever Club," an anti-bullying organization and online forum on Instagram that hopes to help put an end to childhood bullying once and for all.

"I just have a compassion for people who feel lonely and don't have friends or who are doubting themselves in any way," says NEDY of the forum that was specially created for children ages 8 to 18. "The 'Friends Forever Club' is all about always having a friend to talk to. We need each other so much in this life." "I try my best to just encourage them and make them realize that no one can define your value," NEDY explains. "You are so valuable, and it doesn't matter what anyone says. That's my foundation. God has given me the confidence to walk in my own shoes and to own who I am and who He made me to be. And now my purpose is to share that with others."

She also has one more thing she would like to share with those co-workers who did their very best to break her.

"I want them to know that while they might have thought they killed my joyful spirit, they actually didn't," NEDY says quietly. "They weren't even close. They were never in control of me or my dreams or my self-worth. They never had that much power. I would love for them to know that."

And now, maybe they do.