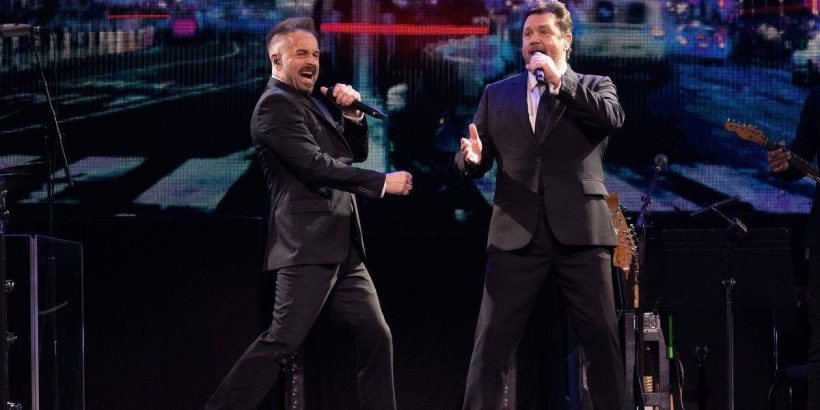 Alfie Boe has revealed he took an overdose following his split from his wife almost two years ago.

The singer spoke about his experience with depression following the breakdown of his marriage, while filming BBC reality show Freeze the Fear, which sees stars take part in endurance challenges.

The 48-year-old tenor said: "When my ­separation happened initially I went into a really dark place. It’s weird to talk about, I’ve not spoken about this in public, but I’m willing to, if it can help anyone out there that needs that.

"I’d gone through beating myself up and hating myself and not having any love for myself and it resulted in a foolish act of throwing some pills down my throat because I’d lost my way.

"I ended up in a ­rehabilitation facility for about five weeks and it was a scary time."

Lancashire-born Alfie has rarely discussed his August 2020 breakup from Sarah, the mother of his children Grace and Alfred, but admitted that he is still struggling to come to terms with what happened.

Choking back tears, he said: "I was ­separated from my wife after being married for 18 years. We have two ­beautiful ­children but unfortunately our journey wasn’t to last a lifetime.

"It’s been nearly two years now but it still feels so raw. I miss what we had."

The confession came after ex-footballer Patrice Evra, also on the show, had spoken about missing his children.

Alfie said: "I got a little emotional because everyone was talking about their other halves and it hit me harder than I realised."

However, he added: "All in all it was a lovely marriage and when people say, ‘I’m sorry your marriage didn’t work out’ we always look at it like, ‘It wasn’t a failure, it did work’."