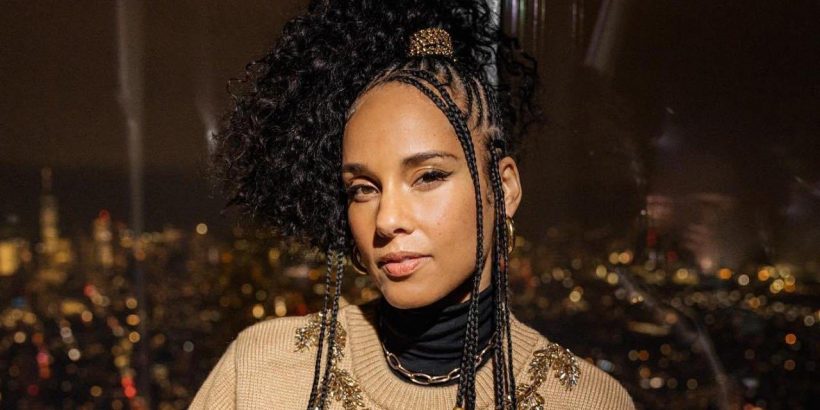 The ‘Girl on Fire’ hitmaker is accused by the event’s choreographer Barbara Pons of resigning ‘at the last minute’ without clarification following their heated argument.

AceShowbiz -Seems like Alicia Keys is truly a “Girl on Fire”. The Grammy-winning singer/songstress has been accused by a choreographer of pulling out of her World Cup performance at the “last minute” after “fighting” with the event’s choreographer, Barbarana Pons.

While speaking on Catalan radio station RAC1, Barbarana said Alicia “resigned at the last minute” without clarification. Barbarana alleged that the 41-year-old artist’s decision came as a result of creative differences rather than the country’s human rights controversies.

Barbarana further explained how she had been “fighting” with the “If I Ain’t Got You” songstress over her use of a piano “for days” since “everything is measured to the millimeter.” Barbarana added that she thought the performance was going ahead “until yesterday.”

Alicia, who has never been confirmed as a performer, is yet to speak publicly on the matter. The prestigious soccer event, which takes place in Qatar this year, is said to have struggled to attract artists to perform at the occasion due to the country’s controversial stance on human rights, including the mistreatment and deaths of migrant workers and the fact that same-sex relationships are illegal.

Dua Lipa, Shakira and Rod Stewart are all said to have turned down big money offers to perform due to the country’s human rights record, per Daily Mail. However, Dua stated that she’s never “been involved in any negotiation to perform.”

“There is a lot of speculation that I will be performing at the opening ceremony of the World Cup in Qatar. I will not be performing and nor have I ever been involved in any negotiation to perform,” she wrote via Instagram Story. “I will be cheering England on from afar and I look forward to visiting Qatar when it has fulfilled all the human rights pledges it made when it won the right to host the World Cup.”

Meanwhile, a source close to Shakira clarified that the “Waka Waka” hitmaker was “never in talks” to perform at the opening ceremony. The so-called insider further suggested the unfounded rumors may have come from the opening ceremony organizers creating a list of artists they would like to perform.

As for Rod, he was offered a $1 million deal to perform in Qatar but turned it down because of the state’s human rights record. Discussing the controversy surrounding the World Cup host nation, the rockstar himself said he thought it would be wrong to play a set there.

“I was actually offered a lot of money, over $1 million, to play there 15 months ago,” the 77-year-old rocker told the Sunday Times. “I turned it down. It’s not right to go. And the Iranians should be out too for supplying arms,” referring to drones supplied by the country to Russia, which was barred from the tournament.

Rod, who has been considered an ally of the LGBTQ+ community, added that he thinks supporters attending matches in Qatar, where being gay can lead to imprisonment and even the death sentence for Muslims, “have got to watch out.”