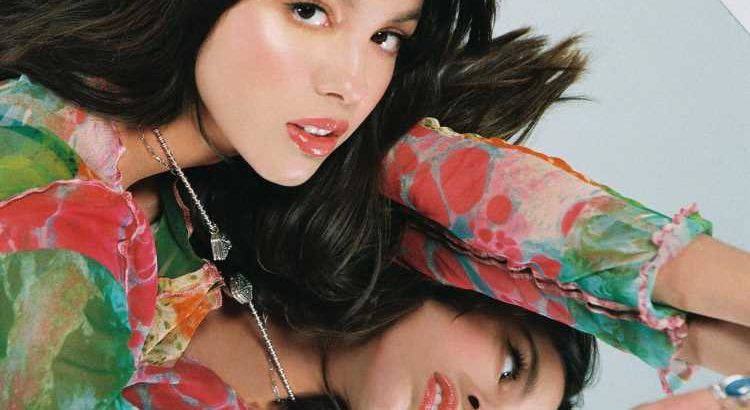 Olivia Rodrigo could have been designed in a laboratory as the perfect teen pop star — except the best part is how gloriously, messily, authentically human she is. She’s a whole new pop-queen paradigm, ripping up the old playbook and starting again. She seemingly blew in out of nowhere to hit Number One with her instant-classic debut single, “Drivers License.” It’s one of the all-time great debuts — yet somehow the sequels, “Deja Vu” and “Good 4 U,” are even better? And the first of those sequels is about taunting her ex about how they used to bond over listening to Billy Joel? Who had his last hit 10 years before Olivia Rodrigo was born?

She’s a new kind of star because she reps the next wave of hitmakers, who grew up idolizing Taylor Swift. So her whole idea of how to write a song starts with Taylor and her intricate, complexly self-referential, cleverly coded narratives. It’s a taste of the future — a sign that Taylor’s influence on pop music is really just beginning. Olivia is a devout daughter of Lorde, too, and she’s learned both their tricks by heart. But she’s part of a long tradition of young, ambitious, world-beating rebel girls. The week Olivia was born in 2003, Avril Lavigne was in the Top 10 with “I’m With You,” which makes so much cosmic sense. It’s like a passing of the torch, as Olivia drives through Avril’s damn cold night. (She was also born the week the Postal Service album came out — a true child of pop destiny, this one.)

“Drivers License” is one of those rare songs that you hear the first time and within a minute, you know this is a full-on classic from a mind who’s got plenty more songs in her. Her songs are full of intricate details that unfold over time, like the whispered “I love you” in “Deja Vu,” buried so deep in the mix it took me weeks to notice. Today, she’s carried the story forward with a surprise new song, the superbly punked-up “Good 4 U,” with the very Nineties combo of guitar blurts and barrettes, complete with a video where she stocks up on snacks and gasoline to set her memories on fire.

For Disney viewers, Olivia was already beloved as the star of Bizaardvark. She’s even more famous for starring in High School Musical: The Series: The Musical, where she plays a high school girl starring in a production of a musical based on the classic 2006 Disney Channel movie. She’s remaking old songs like “Start of Something New,” but she also does originals like “All I Want” and “Out of the Old,” which is packed with Lorde in-jokes (“I still feel stopped when every light turns green”) and Swiftisms (“Would my wildest dreams feel like home?”).

It’s tough to overstate the weirdosity of High School Musical: The Series: The Musical. (Sorry — can’t get enough of that title.) Olivia has been caught up in a much-rumored love triangle with co-star Joshua Bassett; they play the Zac Efron/Vanessa Hudgens couple at the heart of the musical, so they’re singing fictional songs about their real-life romantic tribulations, while writing IRL songs about each other. He’s the Mr. Perfectly Fine of this narrative. He’s also been linked to actress Sabrina Carpenter, who is said to be the “blond girl” in “Drivers License.” (“She’s so much older than me/She’s everything I’m insecure about” — as if there’s an insecure-sounding second in the song.) When Olivia made “Drivers License,” Joshua released the retort “Lie Lie Lie,” while Sabrina released “Skin,” with the classic comeback, “Maybe you didn’t mean it/Maybe blond was the only rhyme.”

What a Borgesian fictional labyrinth! This is basically a teen-pop version of Chaucer’s Canterbury Tales, where he tries to join the pilgrims by telling a story of his own, but gets heckled by his own characters about what a rotten poet he is. So really, Olivia is in a tradition going back to the 1380s. Raquel Welch was right: The Eighties really are the best decade of every century.

All three sides of the triangle have now reached the stage of big-upping each other’s songs, and Joshua has bravely discussed his sexuality in public, saying, “People have shamed me for things they know nothing about.” (Earlier this week, he posted a video raving about his Harry Styles fandom and added, “This is also my coming out video, I guess.”)

Like most Olivia fans, though, I flipped for these songs long before knowing who they were “really” about. The reason she’s blown up so hugely is because her songs seem to be about you and me. Like her idol Swift, she obsesses over the details. Love how she sings about “watching Glee reruns” with her ex, even though she admits she’d never watched Glee. (That’s the show that Billie Eilish’s brother/collaborator Finneas was on — and don’t for a minute think a songwriter as crafty as Rodrigo isn’t aware of that.)

And just like her idol Tay, Olivia is a classicist who’s schooled in pop history. Like Tay, she sounds like she’s studied “You’re So Vain” the way Talmudic scholars study the Book of Deuteronomy. I love how “Deja Vu” focuses on listening to Billy Joel with her ex — their song ­was “Uptown Girl” — and now she’s jealous of the new girl who listens to Billy Joel with him. How long do we have to wait until Billy returns the compliment by covering “Deja Vu”?

Back in the Eighties, Debbie Gibson always said Billy Joel was her biggest influence. For some reason, he just speaks to every generation of teen-pop singer-songwriter upstarts. Like a girl in a Billy Joel song, Olivia just might carelessly cut you and laugh while you’re bleedin’. “Play her piano but she don’t know/I’m the one who taught you Billy Joel”: She is so good with her stiletto.

It’s a perfect reference, because “Uptown Girl” was an Eighties song that was designed to sound old. Billy Joel wanted to capture the spirit of his sweet romantic teenage nights listening to Sixties soul and doo-wop. (As he told Rolling Stone at the time, “I wonder what it’s like growing up now without hearing Percy Sledge sing ‘When a Man Loves a Woman.’”) In the video, he sang it to a pin-up of his real-life bride, model Christie Brinkley. But after they split up, he spent years trying to spin the story that he wrote “Uptown Girl” about somebody else, even though nobody really believed him. You see — it’s not just overheated teenagers who take it to heart when it comes to music and memories.

As we gear up for Olivia’s long-awaited album Sour, it’s just the beginning of what sure sounds like a career. But Olivia is also a quintessential example of why this is such an exciting moment to be a passionate pop fan. She’s not hung up on stylistic or historic boundaries — in her songs, the ancient and the new-school play off and inspire each other. Everything old is new again, and anything in the past can be the start of something new, as long as an artist like Olivia can find a way to use it. In other words: It’s déjà vu all over again.